Plans to keep 'temporary' classrooms for another ten years 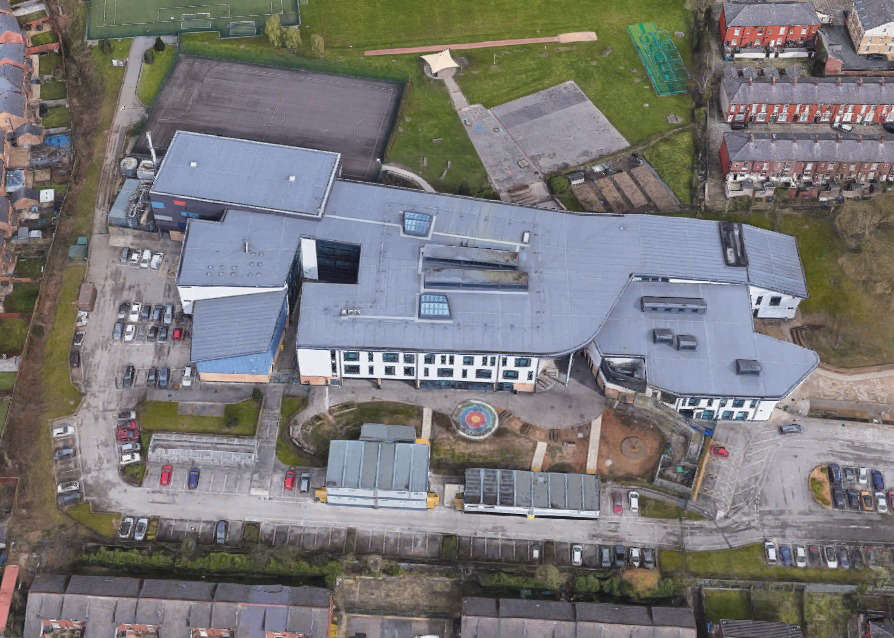 A Tameside high school wants to keep 'temporary' classrooms for another ten years to accommodate rising numbers of pupils with special education needs.

Hyde High School has applied to the council to retain a modular building on its Old Road site until 2031.

The building, which is designed to be temporary, was approved in 2018 – originally to be used for a period of 18 months.

This was supposed to be while proposed alterations to the main school were taking place, and would be removed after the period of rental.

It is located on an area of tarmac which had been used for car parking previously, and comprises of two classrooms.

In 2020 the school received permission to keep the building on site for a further 12 months to support social distancing during Covid-19, and was due to be removed in October.

Now, Steve Gwilt from the council has applied to modify a condition to extend the use of the building for a further decade.

He says that rising pupils numbers are expected until at least 2031 and the school continues to require extra space.

“The increase in birth rates across the borough has led to schools admitting additional pupils and these larger year-groups will continue through the secondary sector for the next decade when pupil numbers are predicted to fall,” Mr Gwilt writes.

“One of the consequences of larger year groups is a greater number of pupils requiring additional support for special educational needs (SEN).

“The existing areas in the school used to support pupils with special needs are increasingly overcrowded.

“It is proposed to retain the two-classroom mobile until October 30 2031 to create additional space to support SEN pupils at the school after which the land will be restored to its previous condition.”

Controversial plans for another two storey modular block which would house another five classrooms were approved last year by the planning committee.

A decision is expected on the latest application by mid October.