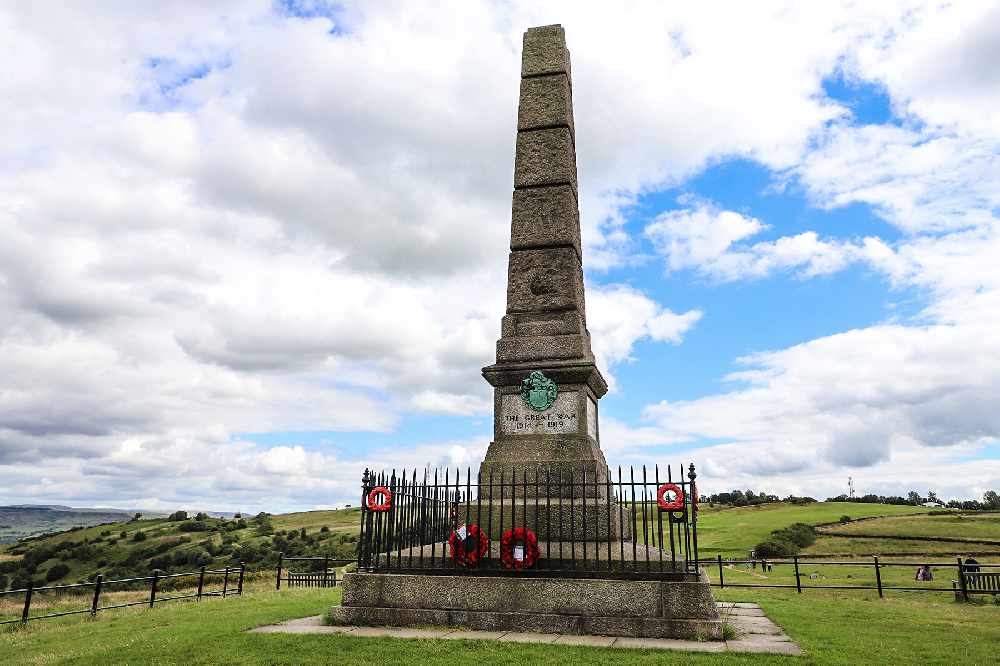 Werneth Low is a well-known natural landmark near Hyde.

At its highest point, almost 800ft above sea level, is a simple Cornish Granite Memorial, located within a 200 acre country park.

On a clear day, spectacular views from this location cover the whole of Greater Manchester.

However, what makes Werneth Low Country Park so unique is that it was purchased by the people of Hyde, for the people of Hyde, as a War Memorial to the 710 men of Hyde whom died between 1914 and 1921, probably one of the biggest in the United Kingdom.

Werneth Low provides its visitors with a place of recreation, rest, reflection and remembrance. 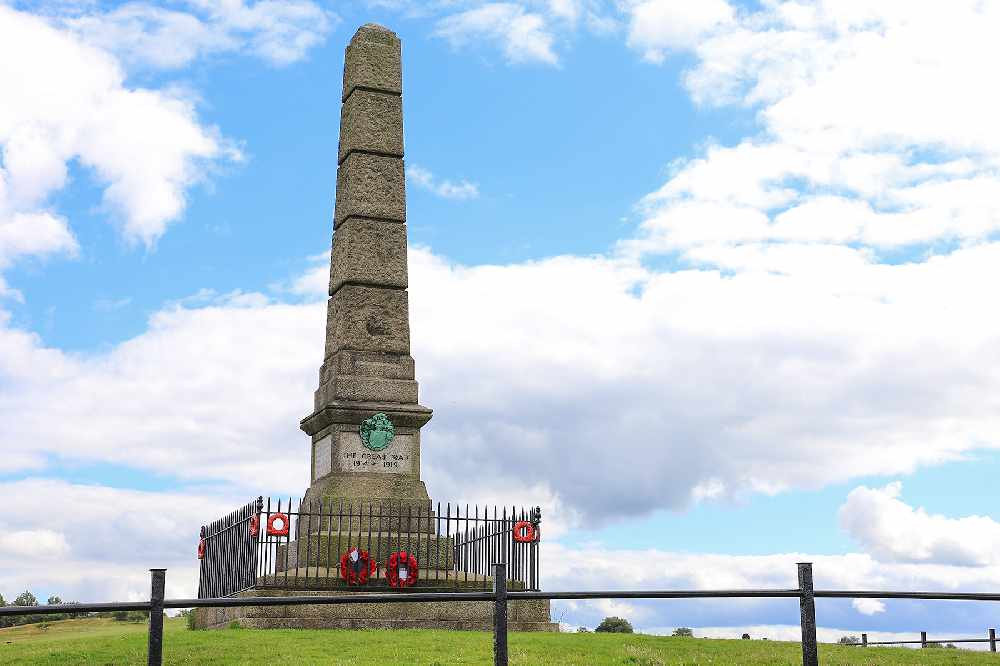 In 1920 the War Memorial Committee of Hyde Borough Council set up a campaign to raise money through donations to build a memorial to Hyde’s fallen of World War One.

The people of Hyde were very generous, by May 1920 just over £14,000 had been donated. At the same time the names of 710 men of Hyde were recorded to be associated with the new memorial.

The 710 were linked to Hyde in several ways; they were born, enlisted, married, lived, worked, visited, had relatives, or were just buried in the Hyde area. 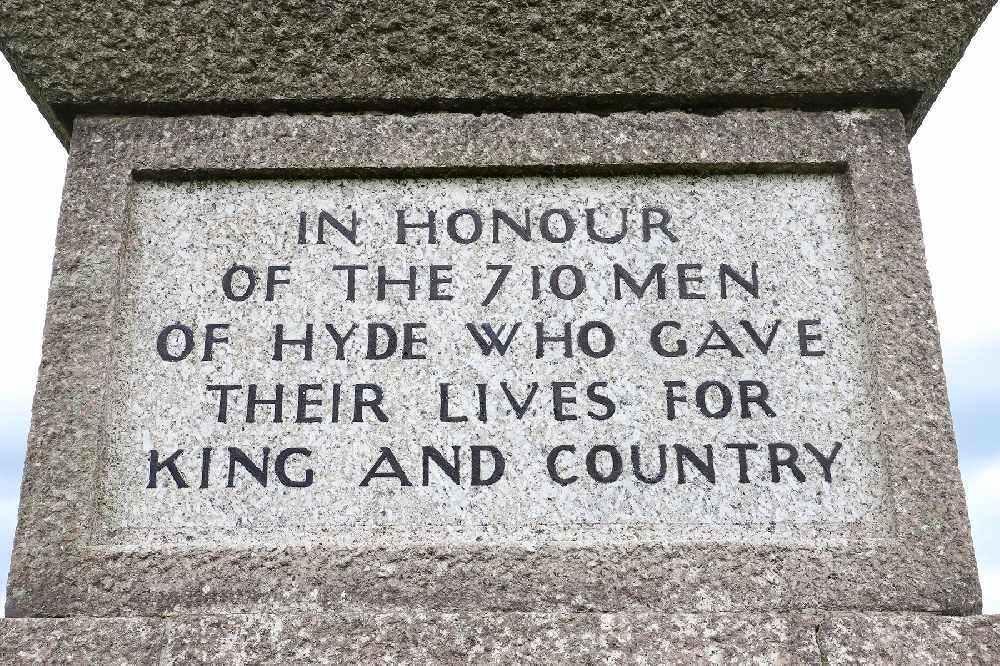 What is fascinating is these men came from all over the world, the furthest from as far away as Australia.

First to design and erect a War Memorial on Werneth Low. Second to create a fund for the education of the children of the fallen men. Thirdly to construct Aspland Maternity Home, where many people living in Tameside today were born. Fourthly to purchase Lower Higham Farm, converting the farmland for the use of public recreation. Finally the remainder of the donations is used to pay for the maintenance of the War Memorial, and a wreath being placed upon it every Peace Day and Armistice Sunday. 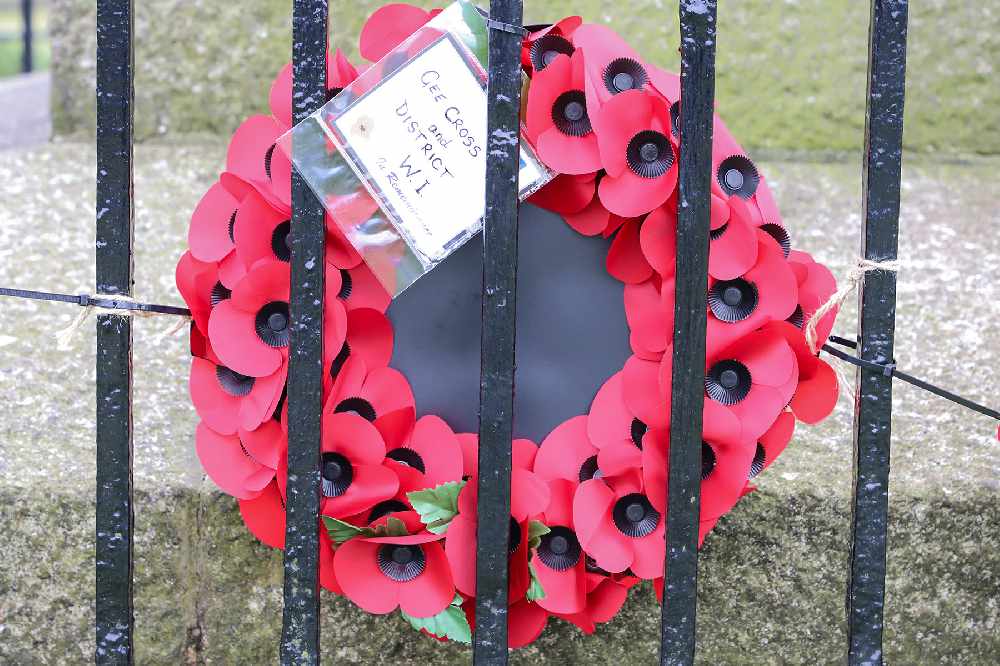 On June 25, 1921, Werneth Low Cenotaph was unveiled at a special ceremony, with 1,000 people in attendance.

One hundred years later Werneth Low is still a place of recreation, rest, reflection and remembrance, for all its visitors from the Tameside area and beyond. Though at the Peace Day and Remembrance Day services, we remember all those lost, in all conflicts.

Next year on Sunday, June 27, 2021, the Hyde War Memorial Trust will be celebrating the 100th Anniversary of the ‘Unveiling of Werneth Low Cenotaph’ and commemorating those lost in all conflicts for Peace Day.

On that date the Trust is currently planning to have a special event for the anniversary, in the hope that the Covid-19 restrictions are completely lifted by then. 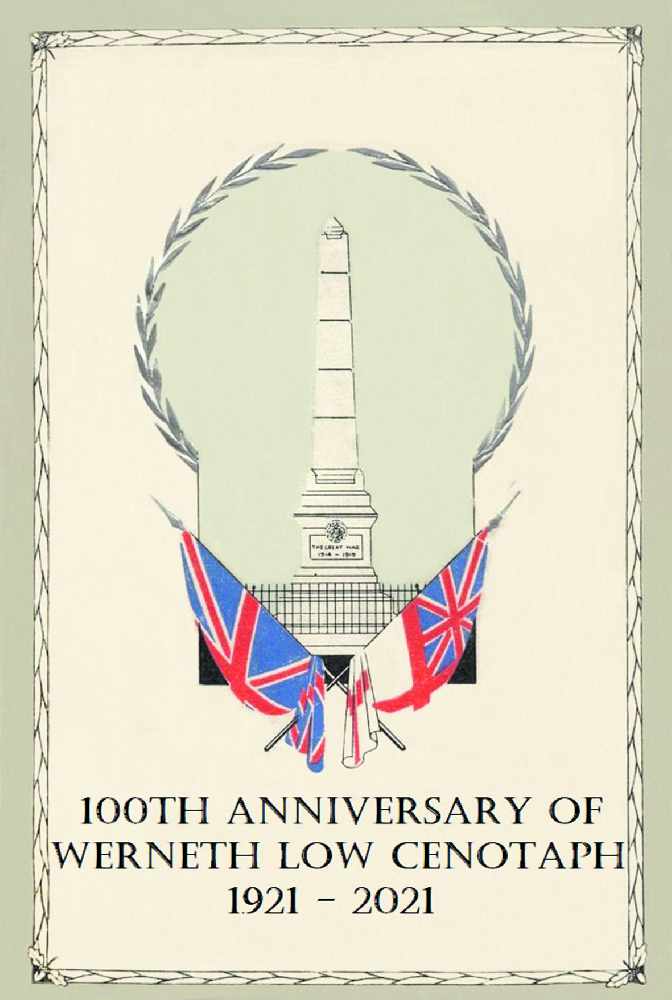 Also in remembrance of the Trust’s Facebook group page, archivist and researcher Lauren Jaye Gradwell, at 11am each relevant day, is sharing the names of the 710 men of Hyde whom died during World War One. These names will continue to be shared till the anniversary event next year, when the Hyde War Memorial Trust welcomes everyone from the community and beyond, to take a walk over the Low, admire the views, and give thanks for those who gave the ultimate sacrifice for our freedom, and mark this beloved monument’s centenary.