Peterloo theme for History Festival as search for descendants continues 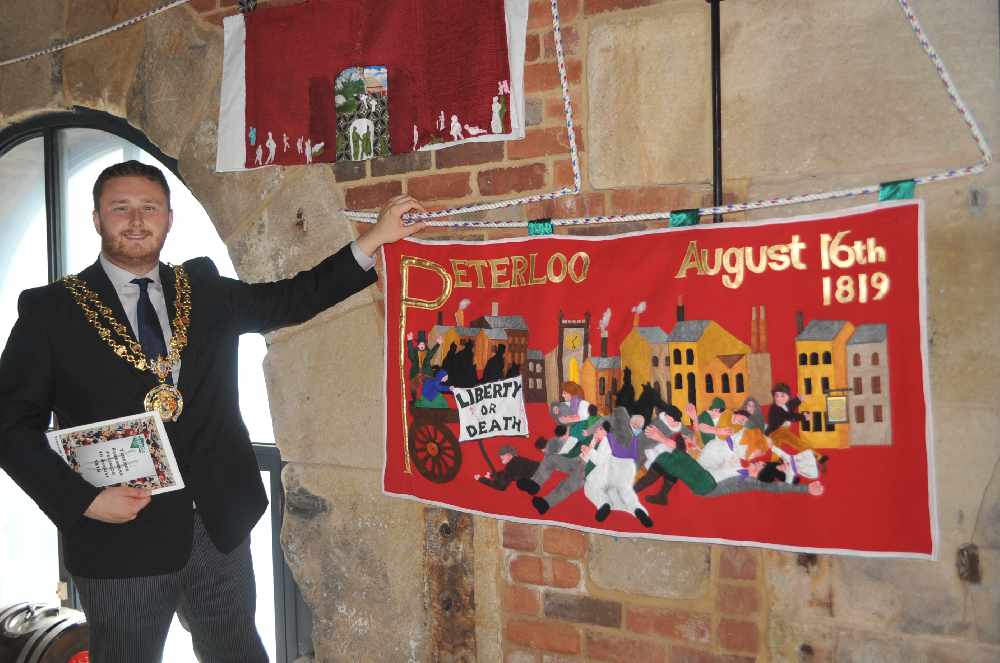 “Peterloo” is the title for Tameside History Festival which runs throughout September.

The theme has been chosen to commemorate the infamous Manchester massacre of 200 years ago when there were 18 deaths as a result of over-reaction by the authorities and many people from the nine towns of Tameside were among the crowds on St Peter’s Fields.

On Thursday, September 5, historian Ed Glinert will be at Ashton Library to explain the events of August 16, 1819, what caused them, and what took place in the aftermath. His talk starts at 2pm.

Two days later, the library will be hosting a creative writing workshop led by members of Mossley Writers Group.

Tameside History Festival encompasses the annual Heritage Open Days when churches and other buildings of interest open their doors to allow the public a look behind the scenes.

This year there will also be two book launches.

On Wednesday, September 11, Brent Shore talks about “Blessed are the Meek” – an account of his Chartist ancestor James Shore.

On Saturday, September 21, it’s “His Own Man” in which Christina Longden tells the story of her ancestor Robert Stanley, a Victorian mayor of Stalybridge who converted to Islam.

Cllr Leanne Feeley, Tameside Council’s executive member with responsibility for heritage, said: “Peterloo was one of the pivotal events of the early 19th century when the Industrial Revolution was in full flow and the towns making up Tameside were being forged. Its legacy still touches us today.

“Our borough has a rich heritage and the history festival provides the perfect way not merely to learn more about it, but to celebrate it – something I am very keen to do. It’s a month that tells the stirring story of our communities and their many impressive buildings through a host of fascinating events.”

For full details of everything that’s planned, watch out for the Tameside History Festival leaflets at your local library or visit www.tameside.gov.uk/culture.

Meanwhile, an appeal has gone out to anyone who thinks they may be related to any of those killed or injured at Peterloo to get in touch with Tameside Local History Forum at Ashton’s Local Studies Centre.

The Forum has produced a book, Tameside Remembers Peterloo, and has been researching all of the casualties from our area.

Any descendants are invited to get in touch with the history group to find out more about their ancestors.