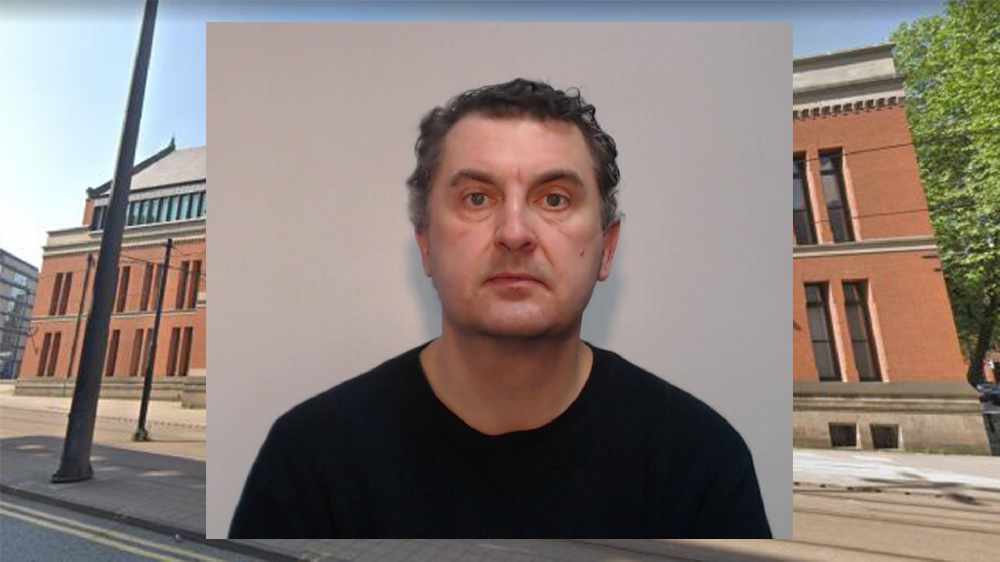 A paedophile from Hyde will spend just two-and-a-half years in prison after being found guilty of almost 60 child sex offences.

The 44-year-old pleaded guilty to:

He was also ordered to sign the sex offenders register for 10 years and issued with a 10 year sexual harm prevention order.

The court heard how this case was originally reported to police by the South East Regional Organised Crime Unit back in 2018, after Eyles instigated a conversation with one of their undercover operatives over social media, believing that he was speaking to a 14-year-old girl.

The undercover operative informed Eyles that the profile was that of a 14-year-old child and offered to cease the conversation. Eyles stated he did not want that to happen and began to sexualise the conversation, asking for indecent images to be sent.

In March 2019, a warrant was carried out at Eyles' home address, where a number of his devices were seized, including a laptop, a camera, a mobile phone and a USB stick.

Police officers then met Eyles outside his workplace in Wythenshawe, where he was arrested on suspicion of attempt sexual communication with a child and a further mobile phone was seized.

Detectives conducted a forensic examination of these devices, where they discovered further criminal activity, including numerous indecent images of children stored on the devices as well as sexual communication with a child, where Eyles had sent indecent images of himself to a 14-year-girl and attempted to try and incite her to engage in sexual activity.

Eyles was subsequently further arrested on suspicion of a number of sexual offences and later charged.

'Dangerous Eyles uses social media to prey on his victims'

Detective Inspector Suzanne Keenaghan, of GMP's Sexual Crime Unit, said: "Eyles is a danger to children and uses social media to prey on his victims with the perverted intention of coercing underage girls to send him indecent images for his own sexual gratification.

"The victims are being supported by our policing partners in their respective force areas. I want to thank the team for the hours spent meticulously gathering evidence to ensure this paedophile faces the consequences of his vile actions.

"The nature of these offences must not be underestimated. Child sex offences can have a damaging impact on the victims, creating trauma that they have to then carry with them for the rest of their lives.

"Hopefully this result today serves as a stark reminder that GMP is committed to investigating all claims of child sex offences and will ensure that those engaging in this abhorrent behaviour are brought to justice."

If you or someone you know has been raped or sexually assaulted, GMP encourage you not to suffer in silence and report it to the police, or a support agency so you can get the help and support available.

Saint Mary's Sexual Assault Referral Centre, Manchester provides a comprehensive and co-ordinated response to men, women and children who live or have been sexually assaulted within Greater Manchester. They offer forensic medical examinations, practical and emotional support as well as a counselling service for all ages. Services are available on a 24-hour basis and can be accessed by telephoning 0161 276 6515.