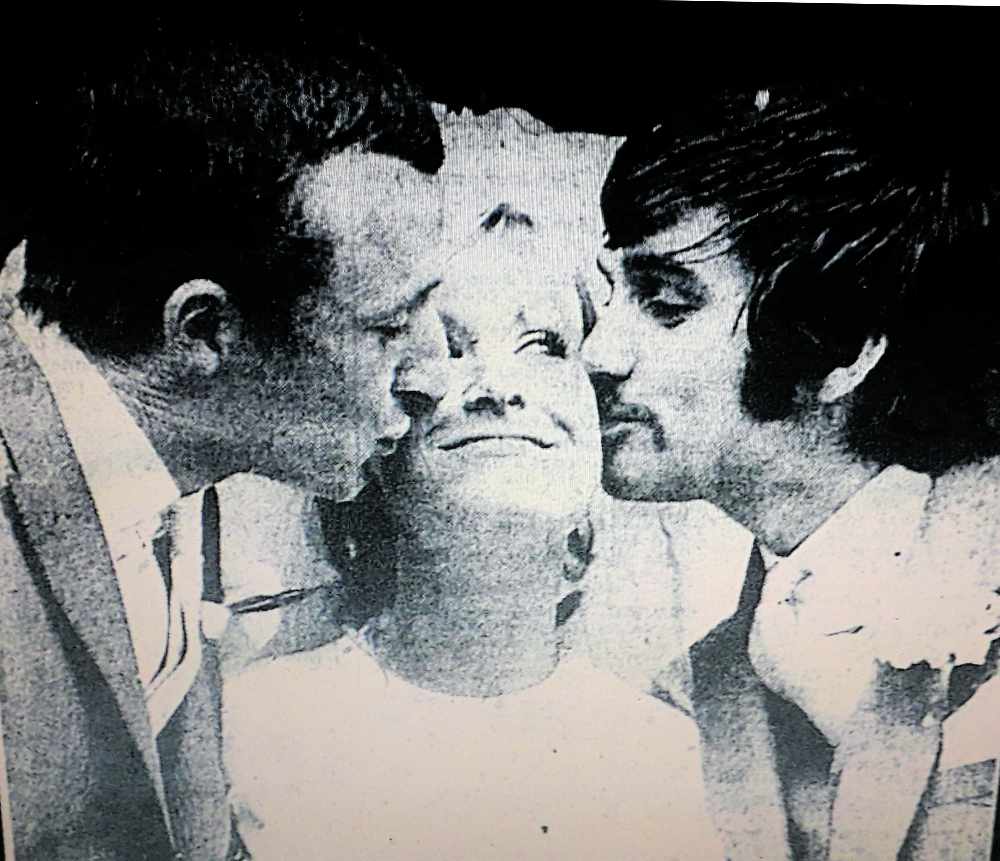 Back in 1968, Tina and Mike were married at Mottram Parish Church on a Monday with more than 100 well-wishers - many of them wearing the rival team colours - braving gale force winds and sweeping rain.

They were hoping to catch a glimpse of the happy couple and the bridegroom’s friend and former business partner George who was greeted by a group of screaming teenage girls.

Some of the fans dashed off to West Towers Country Club in Marple for another glimpse of the famous ensemble as they arrived for the reception.

Just 24 hours later, Tina had her first taste of being a football widow as Mike flew out to Istanbul with the rest of the City team for their European Cup second leg against Fenerbahce.

Mike and Tina Summerbee with their best man George.