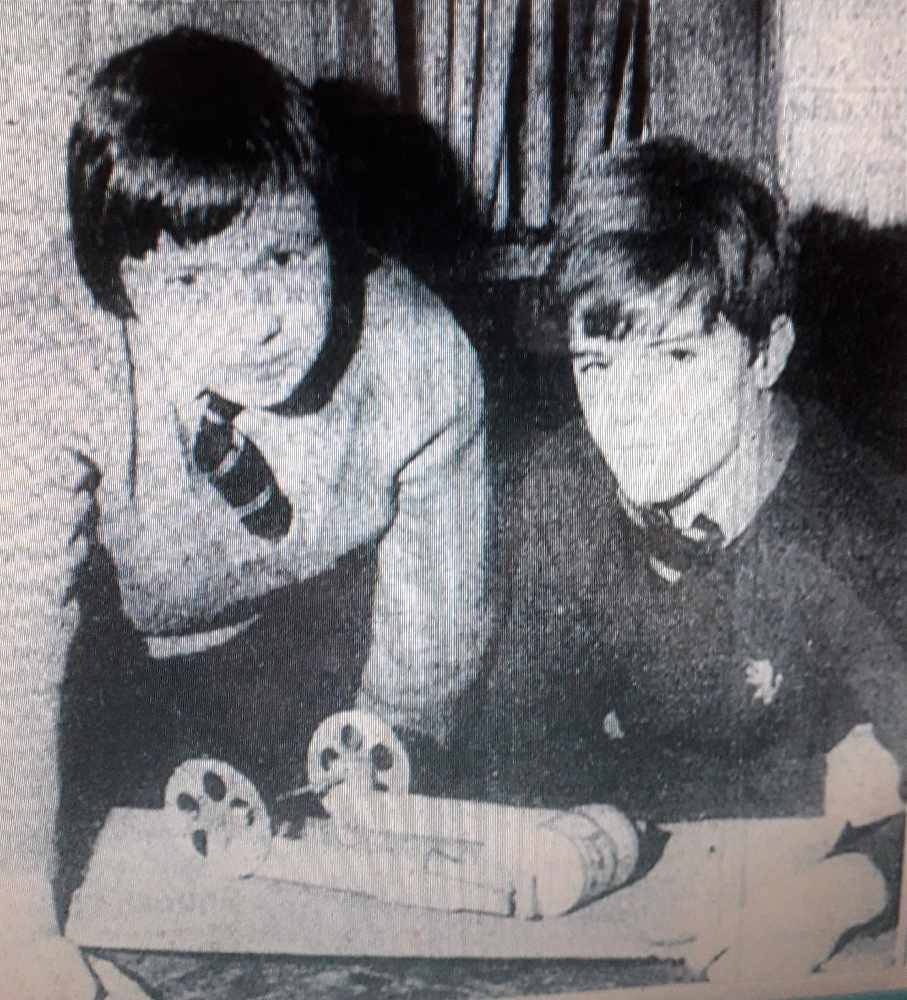 Fourteen-year-olds Nigel Dadswell and Paul Beech were aiming to set a new world speed record in 1981 - with a specially designed 'souped up' racer which cost less than £1 to make.

The lads from Greenfield High School, Hyde, (pictured) had won through a Tameside schools competition and hoped to take the regional crown in the televised final in March.

A TV company had issued a challenge to schools throughout the North West: “Can you make a model vehicle propelled by six inches of rubber to travel down a five metre track in the shortest time possible... and at the same time release a coin to land in the middle of the track?”

Design and technology teacher Mr Ken Earith posed the problem to his students.

Mr Earith told the North Cheshire Herald: “Although a lot of schools showed an interest, only ourselves and Astley High in Dukinfield entered the heat.”

After seeing the balsa and plywood model on its test bed, the judges decided it should represent Tameside in the finals at the Royal Exchange, Manchester.

The Greenfield ‘rocket’ achieved a time of 2.5 seconds in the local event, but as Mr Earith pointed out, it had achieved better results and some last minute modifications would hopefully boost its performance.