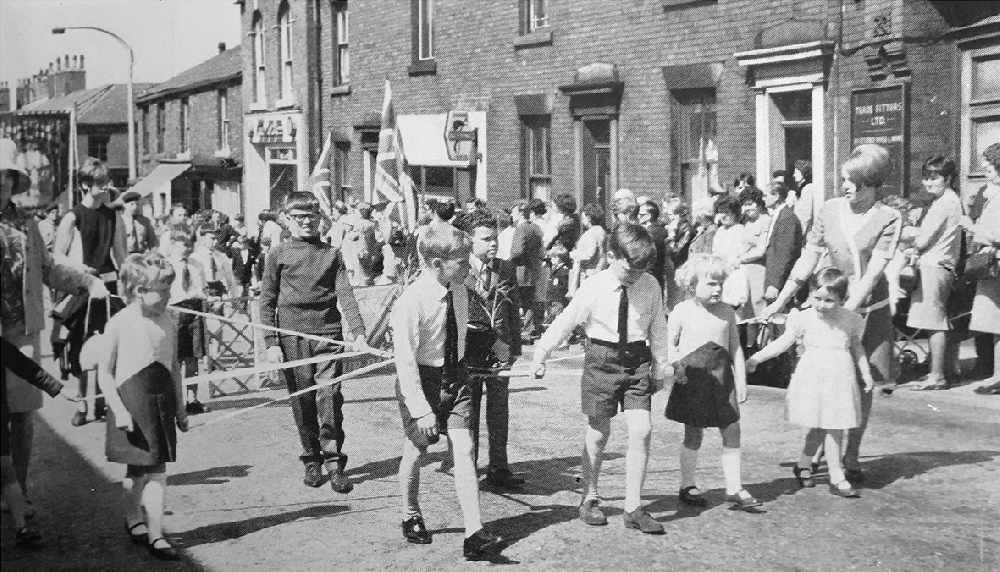 It’s the time of year when churches usually take to the streets with banners and brass bands for the annual Whit walks.

The tradition, which dates back to the early 1800, has continued through to the present day in many places, including Dukinfield.

Smartly turned out in their ‘Sunday best’ the group of Sunday school children from Excelsior Mission are seen here making their way along Astley Street which has seen many changes since it was taken in 1966. The launderette and betting shop were further up from the Co-op where flats such as Shaw Terrace were later built.