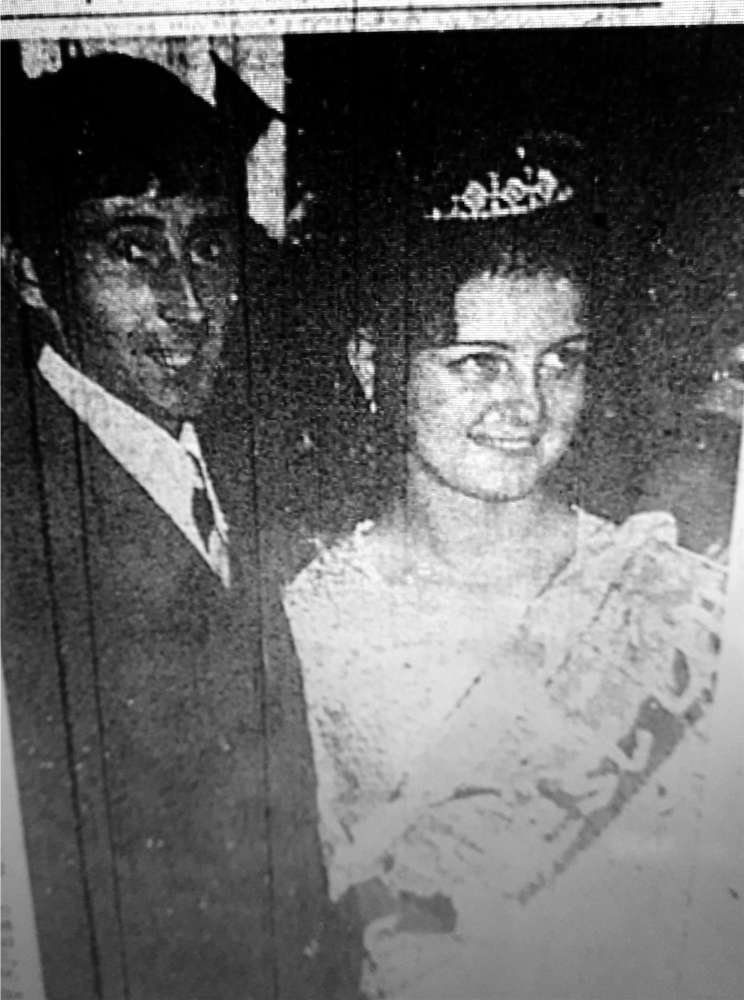 Third year pupil Dianne Holt was crowned ‘Miss West End’ by Ansuya Bhatt, the retiring holder of the title and received an attractive diamanté tiara. The contest was judged by Dr Hill and Cllr Margaret Newsome.

In the following week’s edition, we reported that Ron - who worked at Courtaulds in Droylsden - had won the gold medal in the marathon at the Commonwealth Games in Edinburgh.

The 31-year-old’s time of two hours nine minutes 28 seconds was the second fastest time ever recorded for the gruelling 26 mile race. As part of his training he ran every day to work and back from his home in Romiley.

Twenty-year-old Susan Green from Ashton was a member of the victorious England fencing team at the Games, earning a gold in the ladies foil event.

Click here to see our tribute to Ron after his unfortunate passing earlier this year.