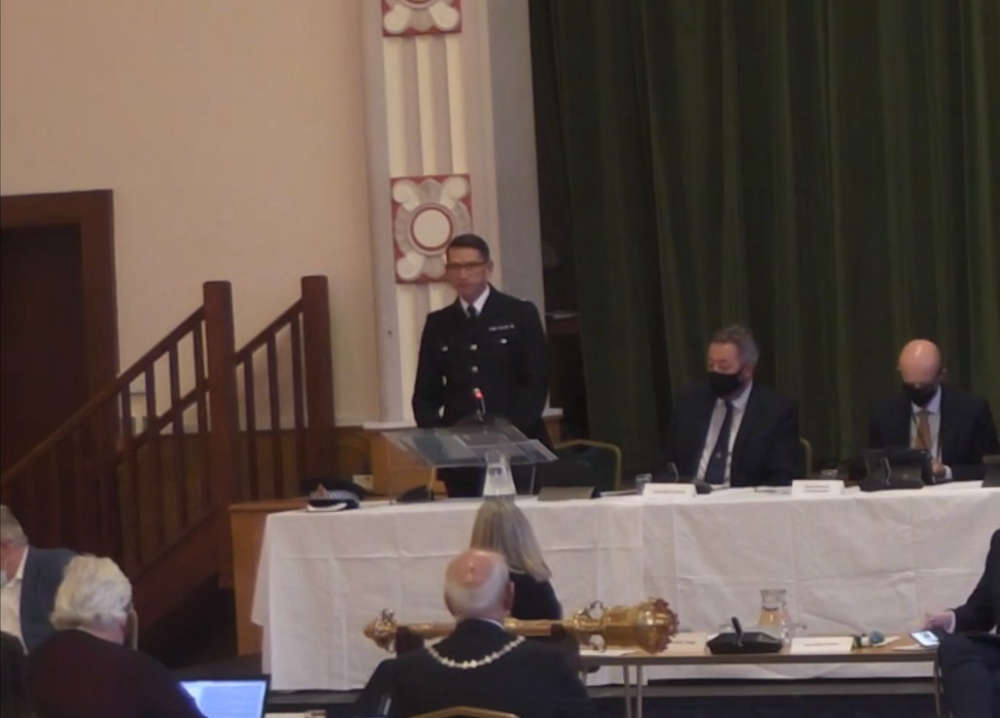 Tameside's new top cop has pledged that criminals will be 'afraid to commit crime' under his leadership but admits public trust couldn't be 'any lower' in policing currently.

Greater Manchester Police Chief Superintendent Rob Cousen addressed the borough’s full council on his second day in the role and outlined how the force intends to improve.

It follows the appointment of new Chief Constable Stephen Watson who has vowed to turn GMP around following a series of scathing reports by Her Majesty’s Inspectorate of Constabulary and Fire and Rescue Services.

The most recent report said the force was ‘failing to respond to calls from the public’ and highlighted ‘significant delay’ saying ‘it has now reached the point where we are concerned about public safety in Greater Manchester’.

Earlier this week Mayor Andy Burnham told voters to hold him ‘accountable at the ballot box’ should there have not been improvement at GMP before the next mayoral election.

Chief Supt Cousen said the publication of a ‘plan on a page’ document outlining the purpose of the force would see it return to delivering the basics.

He described it as a ‘fantastic document’ adding ‘from a police perspective it tells us exactly what we should be doing’.

“We’ll stop them causing harm in our communities.

“We’re going to have criminals frightened to commit crime in Tameside because we’ll be onto them. Commit crime here and we’ll be coming for you, we’ll be kicking the doors in.”

There would be ‘high profile’ operations launched in the borough targeting issues that communities care about, including antisocial behaviour, drug dealing, crime and road safety, he said.

However Chief Supt Cousen told councillors that GMP had been ‘letting too many people down’ with the way it responded to crime and supported victims.

One issue locally was that neighbourhood teams inTameside had been being diverted to deal with ‘incoming demand’ which meant they weren’t able to do ‘root cause problem solving’ to prevent more crimes.

Chief Supt Cousen pledged to ring-fence those patrols, and to ensure that every burglary victim was seen by a police officer.

“If our community in Tameside dialled 999 we want to get to them quicker, 999 and 101 call waiting times will be shorter. There will be more capability to report a crime online,” he said.

“The first thing is about responding to incidents and emergencies. We’ve been letting too many people down by not getting to their calls for service.

“So we’re doing everything we can in Tameside to make sure we attend as many of those incidents as fast as we can.

“The second thing is about investigating and solving crime. That’s basics of policing, but we’ve not been doing it as well as we should be doing.

“Taking positive action, getting to domestic abuse incidents, getting there quicker, safeguarding victims and children in Tameside is an absolute priority.