New President is ready for kick-off 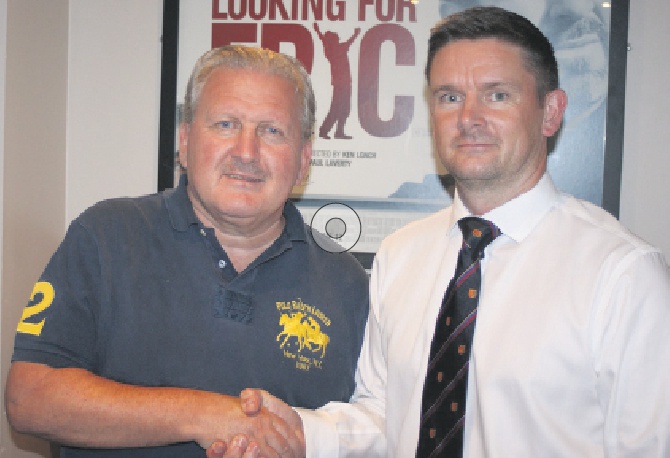 The Lancashire and Cheshire AFL is well prepared for their 111th season which begins with some games in the top two divisions on August 17.

The league will have 88 teams in action in seven divisions providing football for a range of ages and abilities until the end of April 2020.

The new teams joining the league include Barr Hill, Hadfield Athletic, North Walkden, Denton Town, Salford Storm, Wythenshawe Wanderers and Altrincham Hale who it is hoped have been placed in divisions appropriate to their ability.

The new league President is Tim Roebuck of Abacus Media FC and he is looking forward to his new role with great anticipation.

After beginning his football at Manchester Grammar School, Tim enjoyed his soccer in the Middleton area playing Sunday League Football for St Thomas More in Sunday Leagues before forming what would eventually become Abacus Media with a number of family members who joined the L and C in 2003.

After playing most of his career in the club’s second team, Tim also took on the role of chairman of the club working with John Rees /Secretary for Abacus Media from 1997 onwards and, in this time, the club has won one League Cup, the Woollam Aggregate Trophy, numerous promotions and their individual League winners, runners- up in the Manchester FA Charter Standard Cup and runners-up in last season’s Saturday Challenge Trophy.

Tim said: “Obviously, it is a fantastic honour in being asked to become the President of the L&C and I would like to thank all of the league committee in firstly discussing me as an option and the subsequently deciding to ask me to take on this role.

“Also, as mentioned above, there have been a lot of individuals over the years involved with Abacus Media and they have all contributed to the club we have, not only on the football pitch, but also with the culture we have created off the pitch, with an amazing bunch of people wanting to be involved in amateur football and giving so much time and effort.

“I hope to gain an insight into the running of the league from the committee point of view and hope to visit games and maybe create a link for clubs to be more involved from a committee point of view, as ultimately we are all putting in a huge effort, on a voluntary basis in order for hundreds, if not thousands, of games every season to go ahead, which is sometimes a life-line for individuals within our local communities.

“So every club has the chance to put forward players, to enjoy fixtures, at grounds they wouldn’t normally play in week in week out and from this they can convey their experiences back to the club to incentivise other players to step up and perform in their club games, which will in turn help both the clubs and the inter-league team.

“I am looking forward to yet another exciting season in the League’s 110th year and I am sure that it will yet again turn out to be another one filled with twists and turns, together will lots of competitive, sporting and gentlemanly football.”