New estates planned next to former mill and church 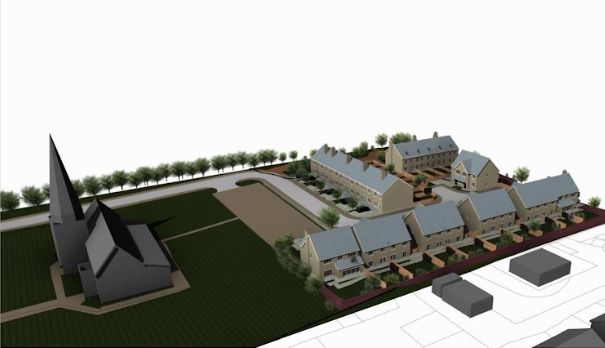 Two housing estates totalling 75 new homes could be built next to a listed former mill in Ashton and in Stalybridge’s conservation area.

Proposals have been submitted to the council’s planning team for developments next to Cavendish Mill and on the site of a former nursing home.

Jigsaw Homes, who were given permission in February for a 51-home estate off Bank Street have gone back to the drawing board with new plans after they said the ‘market conditions’ had changed.

And 24 houses are planned for land next to St James Church off Huddersfield Road in Stalybridge.

It was previously the site of the Heritage House nursing home, which has now been completely demolished with just hard-standing left behind. 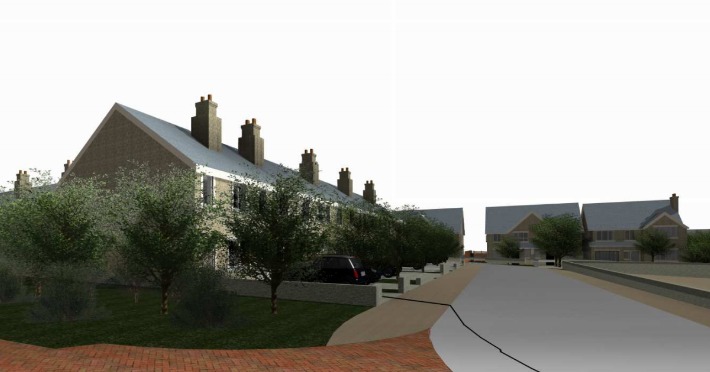 The site is located in the north east corner of the Millbrook conservation area, and there are a number of listed buildings in close proximity, including the neighbouring church.

“The primary feature of the conservation area other than the listed buildings is the late Victorian mill developments and associated terraced housing in a similar style,” the design and access report states.

“The new housing development had been sensitively designed to sit within the Milbrook conservation area.” 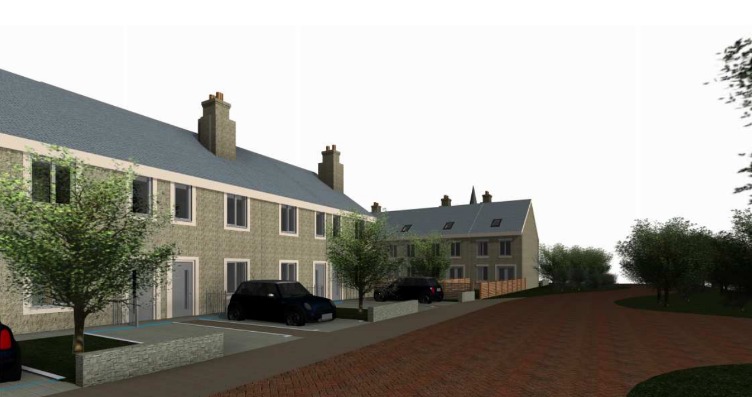 The proposed scheme by Toto Worldwide Properties Ltd would see four and three-bedroom houses built on it, with a mix of detached and semi-detached styles.

These are designed to cater to families of different sizes, according to the developer.

And there would be 47 parking spaces on the new estate.

Despite having already been granted planning permission by the town hall, Jigsaw has also submitted a new application for their development, which is near to the Portland Basin. 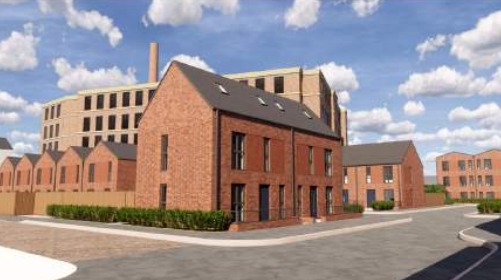 Agent Jason Dugdale had told the planning committee they were preparing to run a ‘£1 million deficit’ from the scheme – but hoped it would spark regeneration in the area.

All of the houses on the site will be within a social tenure and will provide ‘affordable homes for local people’, according to documents.

The site was historically used for industrial purposes, and in recent times it was used as a builders yard until the late 1990’s

“The proposed development intends to be viewed as a the regeneration of the land surrounding Cavendish Mill and create a new residential neighbourhood which will raise the profile of this area of the town centre,” the design report states.

Each house will have either one or two allocated parking spaces and the apartments will share 26 spaces.

There are 59 parking spaces across the development in total.

The proposal includes the closure of the Bank Street access and the opening of the eastern end of Higher Wharf Street to allow access into the site.