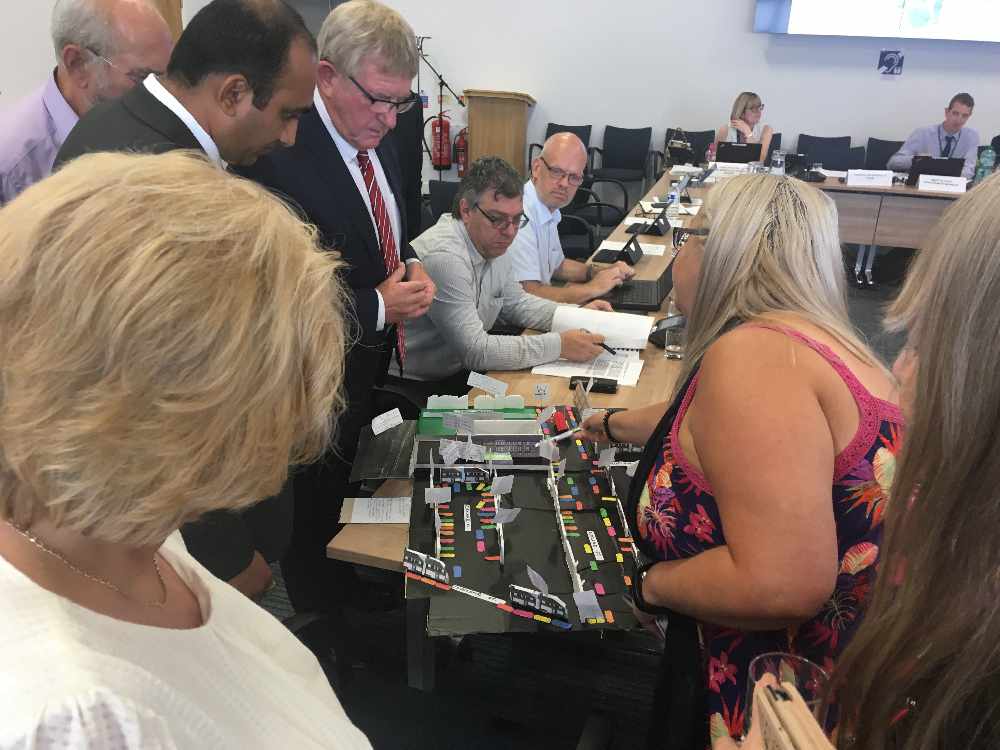 Network Rail have written to town hall bosses over fears that the proximity of a proposed home for people with mental health issues to a train line presents a ‘risk to the rail network’.

Plans have been submitted to Tameside council seeking permission to build a new home for people with mental health problems at land off Rutland Street in Ashton-under-Lyne.

The supported housing scheme would cater for 20 people, with 16 self-contained flats and four bedsits, as well as staff living accommodation.

But Network Rail has formally raised issues with the proposals on behalf of the rail industry’s suicide prevention programme.

They argued that the scheme was placing vulnerable people near the railway line and close to Stalybridge train station, which presents a ‘risk to the rail network’.

Analysis of incidents on their rail lines since December 2017 had shown that more than 60 pc of people who had attempted to, or taken their own life had a history of mental health issues.

There have also been 84 objections to the plans from residents, with concerns over traffic, the size of the building and whether the site was appropriate for the type of supported housing.

And all three of the ward councillors had also formally objected.

She said: “It is fantastic that vulnerable people are given the opportunity for independent living.

“That said, we believe that next to a children’s play area and also next to a railway line is not the best location for this project.

“And in addition there are some quite significant traffic issues in that area and that street is used as a rat-run.”

“We have asked questions over the safety of future residents.

“We also understand that Network Rail have concerns over accommodation such as it is located next to a railway line and it is due to potential suicide risk.”

A collection of industrial buildings which are currently on the site would need to be demolished to allow for the construction of the new three-storey building.

The planning committee was shown a home-made 3D model of the neighbourhood by residents.

They said it demonstrated the new building would be ‘out of keeping’ with the surrounding houses, which are predominately two-storey.

Objector Michael Smith told the committee that a public meeting about the development had been attended by around 100 residents.

“The building is of such a sheer size, bulk and mass that it will dominate the residential landscape in a way that the current buildings do not,” he said.

The CCG has a contract with the applicant, Richmond Fellowship, to provide supported accommodation in Tameside, which indicates there is a ‘clear demand’ for the scheme.

He added: “Officers have noted that this is a full time staffed accommodation and it also does propose a 2.4 metre high fence along the southern boundary which is the part of the site which is adjacent to the railway line.”

Speaking on behalf of the applicant, Sam Baird explained that Richmond Fellowship run three supported housing units in the borough, but that their current building on Manchester Road is ‘not fit for purpose’.

“Richmond Fellowship is a charitable organisation that specialises in providing support services for people with mental health needs and has a long-standing relationship with Tameside,” he said.

“Trained staff will be present on the site 24 hours a day who will be able to resolve any potential issues should they arise.

“We’ve taken great care to move the building back to respect the other properties.

“We believe the proposals will improve the appearance of Rutland Street which currently has derelict industrial buildings.

“The scheme has been through rigorous testing of design.”

A decision on the proposals was deferred to allow committee members to carry out a site visit.

Samaritans (116 123) operates a 24-hour service available every day of the year. If you prefer to write down how you’re feeling, or if you’re worried about being overheard on the phone, you can email Samaritans at jo@samaritans.org.