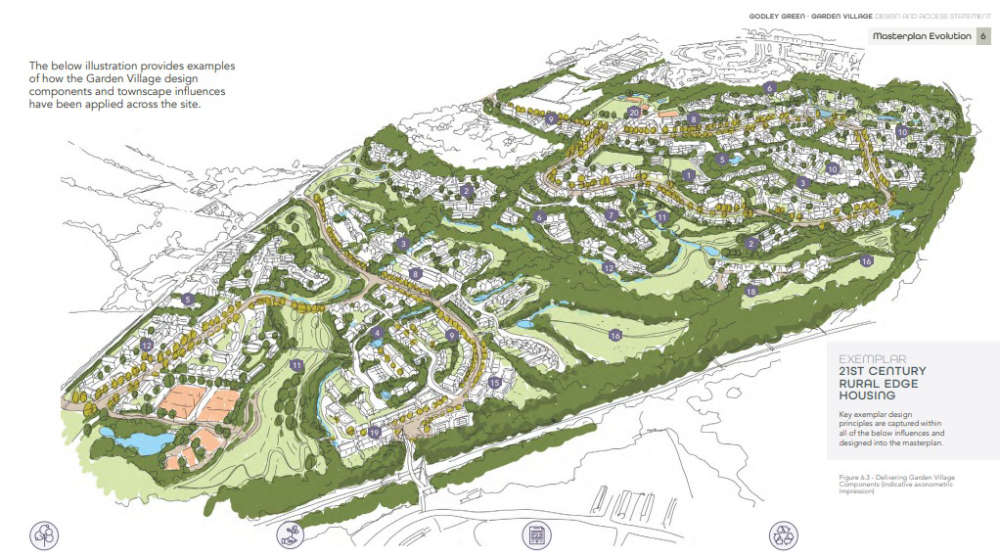 Nearly 1,500 people have formally objected to plans to build a huge 'garden village' in the Hyde countryside.

Proposals to build more than two thousand homes to create the Godley Green garden village were lodged in November, and open to public comments from the beginning of December.

However since the plans went live on the Tameside council planning portal website there has been an outpouring of opposition.

Of a total 1,460 public comments on the application, 1,444 of these were objections with just nine letters of support.

An earlier petition against the garden village plans has been so far signed by more than 4,300 people.

The scheme for the green belt, first mooted under the original Greater Manchester Spatial Framework proposals, is progressing despite the region’s current masterplan ‘places for everyone’ yet to be approved by the Secretary of State.

The decision to push forward with the application has been made amid an ‘ongoing housing crisis’, according to the reports.

At a previous full council meeting, council leader Brenda Warrington said that the authority’s strategic housing assessment had found there was no site in the borough that could accommodate the project ‘on the scale of Godley Green’.

She added: “All of the brownfield sites in the borough combined would still be insufficient to meet our projected housing need that has been set by the government.

“The Godley Green garden village will stand as an example for others in Greater Manchester, and across the country, for how to deliver the right homes in the right places, using the right methods.

“It will foster inclusive growth and expand opportunity, not just within the development itself but in Hyde, Hattersley and beyond.

The town hall has applied to build up to 2,150 homes in the countryside to the north of Mottram Old Road, as well as ‘local centres’ which would include up to 1,300 sq m of retail, 1,600 sq m of commercial uses and 1,000 sq m of local community uses.

Chiefs say the project is being developed under the principles of garden cities championed by Ebenezer Howard more than a century ago.

Under the plans there will be a new one-form primary school, sports facilities on land to the south of Mottram Old Road, and a bridge to Hattersley station that will provide a ‘direct link’ to the rail network.

The properties will be split across two villages divided by Godley Brook, with 1,250 dwellings in the west and 900 homes in the east of the site.

The layout would see the densest housing areas based around the two local centres with ‘mixed-use blocks with active frontages along high streets’, while more ‘sensitive’ areas around the edges would have fewer, lower rise homes.

According to the planning application, construction would take place over a 15 year period, with 102 homes intended to be delivered within 2022/23.

Road access is proposed to be created from four new entrance points from Mottram Old Road, which would to be reduced to 30 mph to accommodate the new traffic and turnings.

Within the garden village site, the speed limit is proposed to be set at 20mph to ‘improve residents’ safety’. 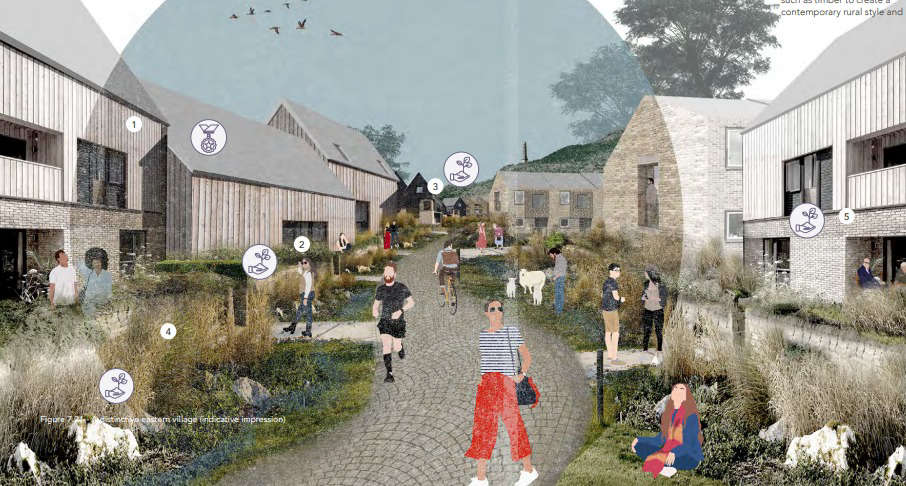 There would be no vehicular connection between the eastern and western villages due to the topography of the site, however bosses say there would be both pedestrian and cycle connections.

More than 5km of new ‘off road’ pathways are proposed across the whole site for walkers, horse riders and cyclists.

And more than half of the land proposed for development would be made up of green infrastructure, according to the planning documents.

Several buildings already within the land are required to be demolished to allow the garden village to go ahead, including Godley Stud Farm, Far Meadow Farm and the agricultural buildings at both Brookfold Farm and Greenside Farm.

The planning documents submitted on behalf of Tameside council say the proposals represent a ‘once in a generation’ opportunity for the countryside site.

If approved the huge development would generate £9 million in income for the council, chiefs say.

Homes England has supported the project with a £10 million grant, which would have a minimum of 15 per cent affordable housing provision.

However even if the plans are approved by the council’s planning committee, they will then go to the Secretary of State who will make the final decision on whether to allow it to go ahead.