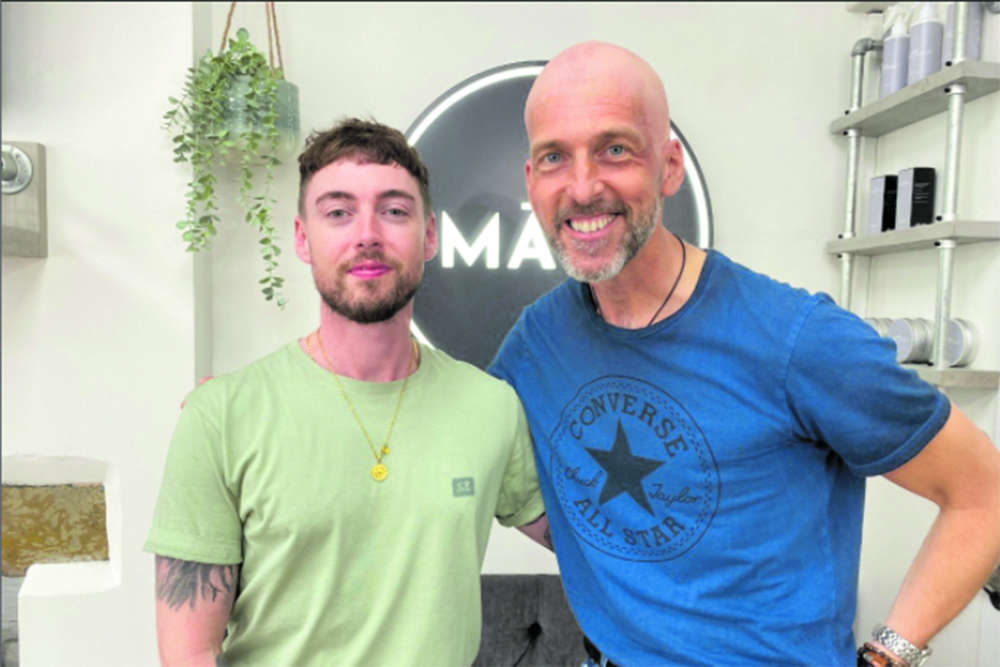 Chris thanks the Matu Barber team for their backing for his fundraiser.

Barbers in Mottram have pledged to support a fundraising drive for father of three Christian Laycock so he can receive life-saving treatment for two brain tumours.

As we reported last week, the Mottram dad needs to raise £100,000 to travel to a German clinic specialising in Immune-Oncological Therapy.

This week barber Josh took the time to shave Chris’ head after he began losing his hair to the radiotherapy and chemotherapy treatment he is undergoing at Manchester’s Christie Hospital. The treatments will not cure his condition but hope to stabilise it.

Chris’ self-confessed dark sense of humour has seen him name his tumours Bill and Ted after the comedy film franchise. Bill is the larger of the two and inoperable.

The team at Matu are preparing to undertake the Yorkshire Three Peak Challenge on Monday, August 23, to raise money for Chris’ treatment.

Each pound and pence get Chris closer to his goal, but every share of his story on social media is also a huge help. He’s accepting donations at https://www.gofundme.com/f/chris-needs-you-kill-bill