Motorists encouraged to be 'tram aware' in new campaign 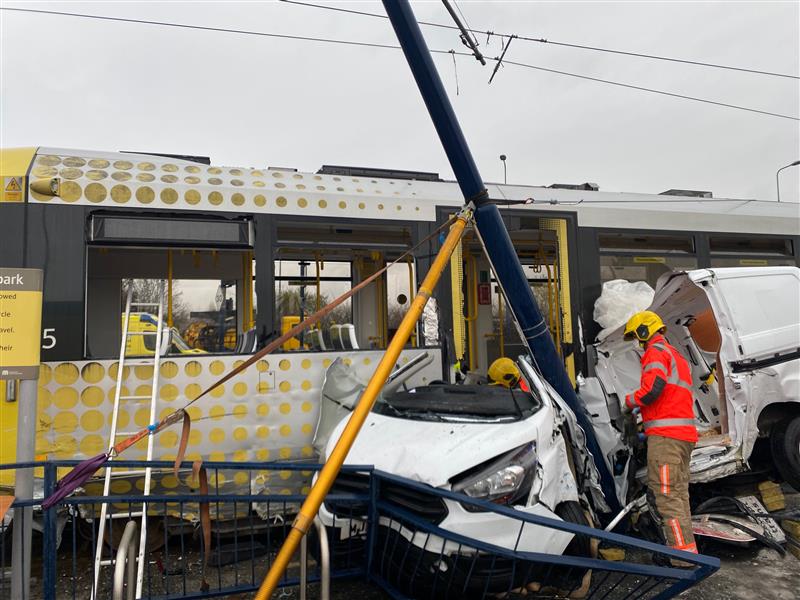 As traffic levels start to increase, motorists are being encouraged to be "tram aware" in a new campaign from Transport for Greater Manchester.

While the number of collisions remains very small compared to the number of trips made each day on Greater Manchester’s roads, incidents can cause serious injury, have a major impact on service levels and adversely affect customers trying to make journeys.

Most of the collisions involving motorists were because of motorist error (70 per cent), with almost one in 10 resulting in injuries and the new campaign uses footage of actual incidents to demonstrate the impact of poor driving habits.

In 2019, road traffic collisions led to £250,000 having to be spent repairing just five trams, which were out of service for six months.

TfGM Head of Metrolink, Danny Vaughan, said: “As the country continues to emerge from lockdown and more vehicles inevitably return to the road, its vital that motorists remain vigilant and attentive when driving close to the Metrolink network – particularly in those areas where our trams run on the highway.

“Our M-5000 trams weigh almost 40 tonnes and have the potential to cause significant injury and damage if they are involved in a collision, so please take extra care when driving.

“Most collisions are down to motorist error, and by launching this campaign we are hoping to not only reduce the number of collisions between road vehicles and trams – and therefore reduce the risk of people getting injured – but also the additional consequences, such as the financial cost and the disruption caused to our customers.”

"As part of their initial and ongoing training and development, drivers undergo hazard perception testing, using a bespoke tram simulator to assess vigilance and awareness of the risks associated with driving in shared road space, including the unpredictable nature of motorists and pedestrians.”

TfGM and KAM are also working to prevent incidents at ‘hotspot’ locations.

Working with Oldham Council, the layout of a ‘hotspot’ junction between Oldham Central and Oldham Mumps has recently been altered after tram drivers reported a number of ‘near misses’ with other road users at that location. Other work in other areas is continuing, TfGM say.