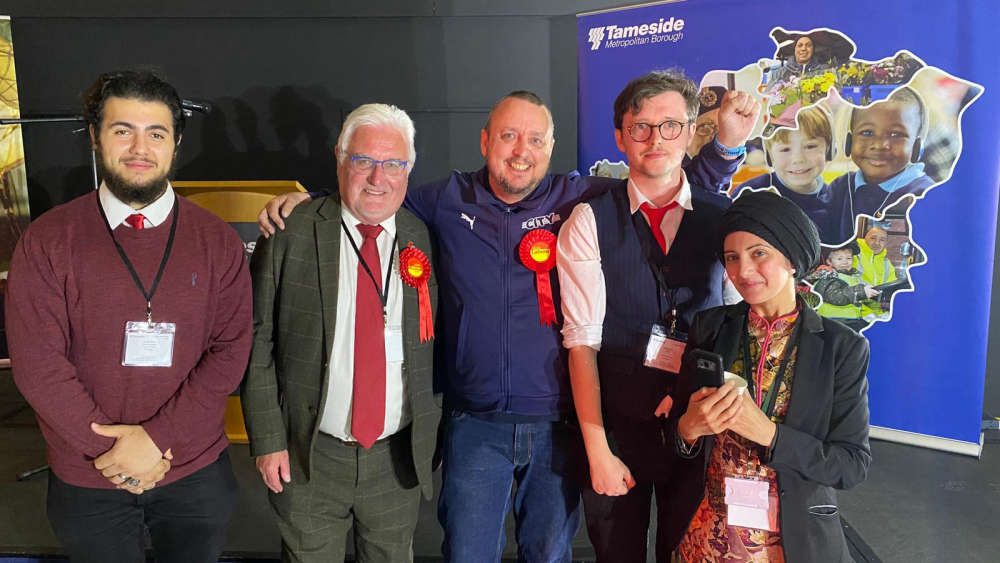 Stephen Homer thanked the people of Mossley for "once again putting their faith and trust in me" after his re-election to represent Mossley on Tameside Council.

The Labour councillor came top of the poll for the ward at last Thursday's local elections with 1,469 votes - receiving 54.4 per cent of the vote, with a comfortable majority of 736.

In his victory speech, Stephen also thanked the other candidates who competed against him - Andrew Hay of the Conservatives, Christine Clark for the Green Party and Hattie Thomas of the Women's Equality Party - which was standing in Tameside for the first time.

"Many people complain about things but not many people stand up and try to make a change," he said. "They've stood here tonight and put themselves forward and they should be congratulated for that." 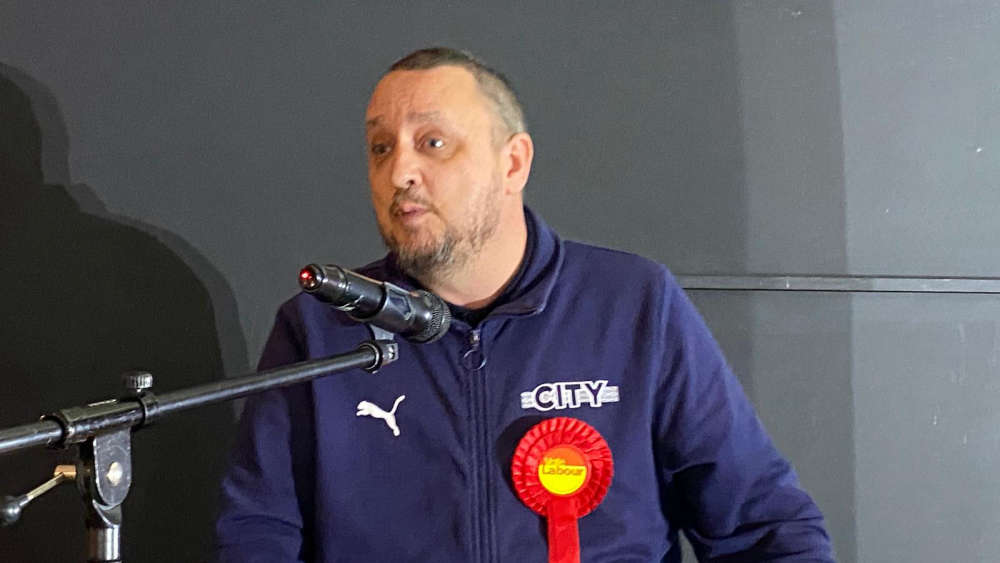 Stephen speaking on stage at the count in Ashton following his election victory. Image: Nigel Wood.