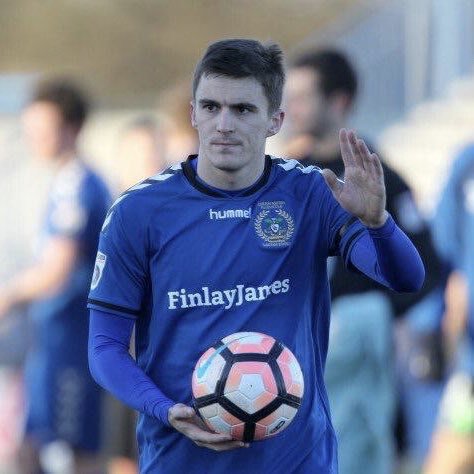 Mossley manager Dave Wild has signed striker Adam Morgan ahead of the Lilywhites’ new season in the BetVictor North West.

Morgan joins the club with a wealth of experience, having started his career with Liverpool - in which he played in a Europa League match under former manager Brendan Rogers - before dropping down the pyramid and spending time with Yeovil Town.

Morgan made national headlines while spending time with Curzon Ashton, having scored a hat-trick in the famous 4-3 defeat to AFC Wimbledon in the FA Cup second round in 2016.

He has since spent time at Irish club Sligo Rovers, before returning to Curzon for a second spell last season. However, Morgan was plagued with injuries and barely featured for the Nash.

His move to Seel Park will see him link up with former Curzon manager John Flanagan, who has also joined the backroom staff recently.

Flanagan previously managed the Lilywhites in 2010 before spending eight successful years with Curzon, in which he took the club from the Evo-Stik First Division North to the National League North in a few short years.

The Lilywhites begin their campaign on Saturday, August 17 with a trip to Ossett United.

Wild guided the squad to a seventh place finish last season and also featured in the Manchester Premier Cup final against Curzon in April. Mossley were beaten 3-1 in the final, with the Curzon goals coming courtesy of Ryan Brooke, Louis Wardle and Luke Wall.

The former has since joined the Lilywhites in time for the new season and will be hoping to continue his fine form in a division which is, arguably, beneath his standard.