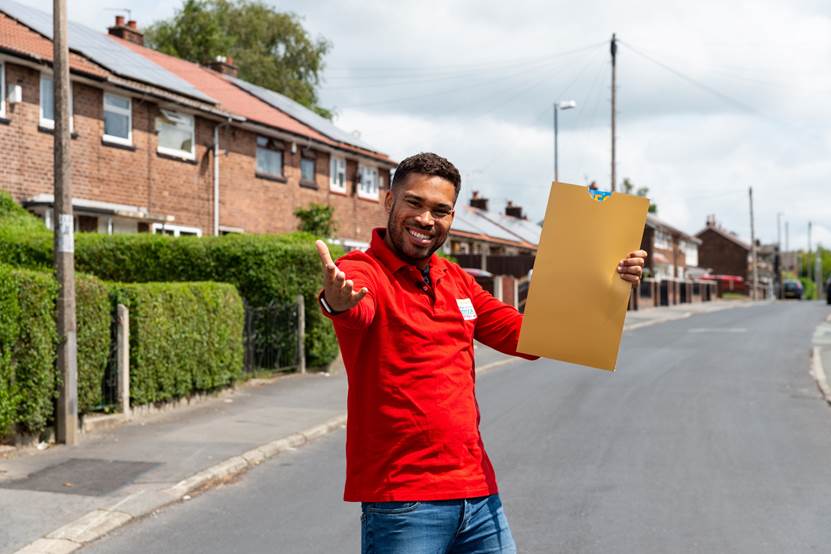 Four more people in Droylsden are celebrating after winning £1,000 each thanks to their lucky postcode.

The neighbours on Dunkirk Street have netted the windfall after M43 7DY was announced as a Daily Prize winner with People's Postcode Lottery on Monday (3 August).

There have also been recent winners on Kershaw Street and Swinburne Avenue in the town, while last week there were 15 winners of £1,000 on Pendle Road in Denton - adding to a host of recent success across Tameside.

People’s Postcode Lottery ambassador Danyl Johnson sent his well-wishes to the winners. He said: “What a fantastic way to start the week! Congratulations to our winners, I hope they enjoy spending the cash and get themselves a treat with their winnings.”

A minimum of 32 per cent of ticket sales goes directly to charities, and players of People’s Postcode Lottery have raised over £500 million to date for thousands of good causes in Britain and beyond.

Monday's draw was promoted by Depaul, which has received over £10.8 million in funding from the players of People’s Postcode Lottery. A nationwide charity for youth homelessness, it works to tackle the immediate and long-term effects of homelessness and provide safe and stable futures for young people.

Many good causes close to the winners have also benefitted from players’ support, and local charities can apply for funding from Tuesday 4 August.

For more information on People’s Postcode Lottery, visit www.postcodelottery.co.uk or head to their Facebook and Twitter accounts.