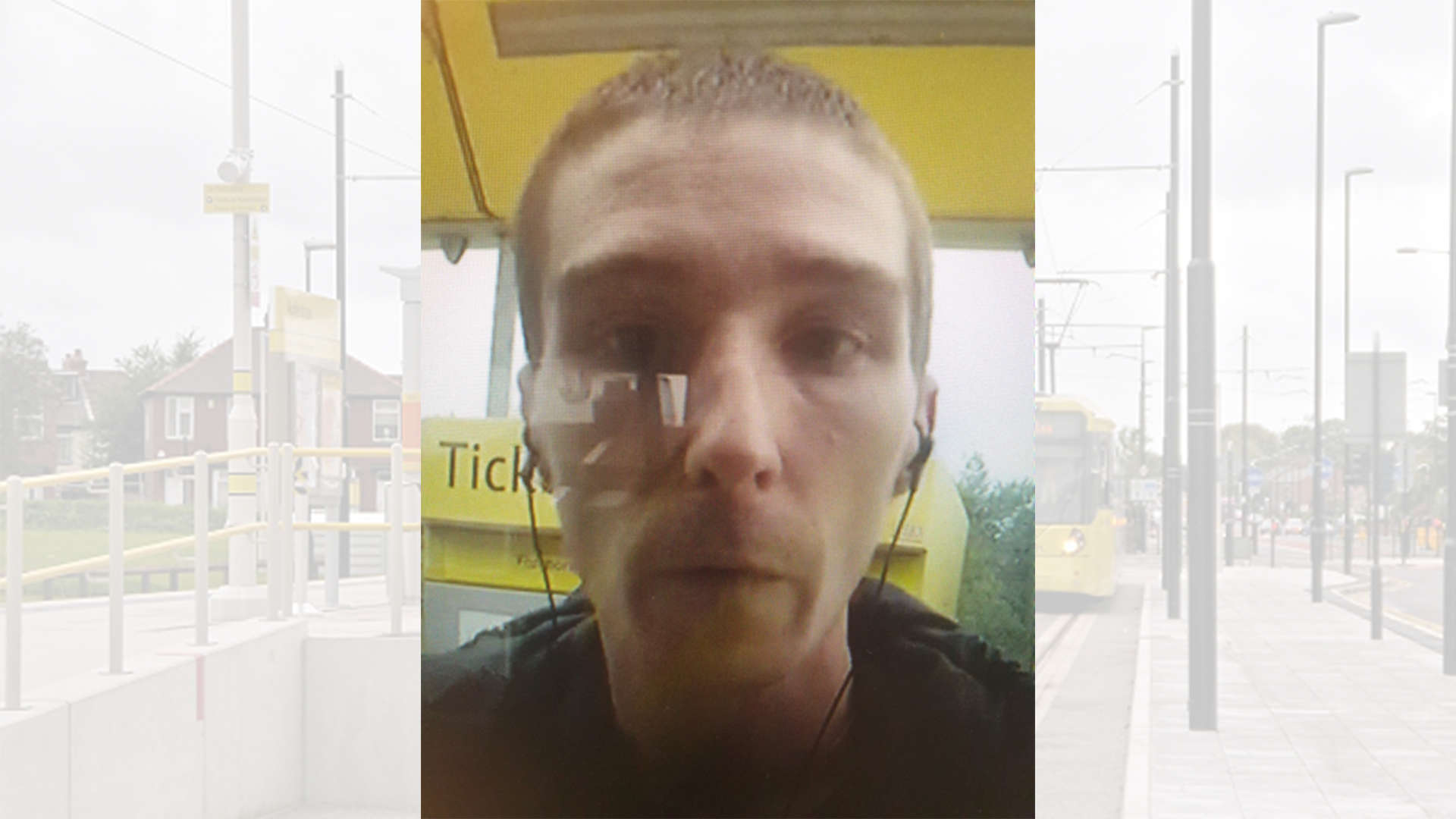 Police investigating the violent assault of a Metrolink staff member at Audenshaw tram stop have released an image of a man they would like to speak to.

It happened at around 4pm on Friday 3 September, when a man had been requested to show proof that he had paid his fare.

He became immediately aggressive with the staff member and began to shout abuse at him before attempting to punch him. He was then subsequently removed from the tram before forcing the tram doors open to board the carriage again.

After re-boarding the tram, police say the man began a 'sustained and vicious assault' on the staff member, causing multiple injuries.

Inspector Griffin, of GMP's Transport Unit, said: "This was an abhorrent assault on a man who was simply doing his job. Nobody should face the risk or threat of violence when at their place of work.

"We're releasing this image today of a man we would like to speak to in connection with the assault and I would urge anyone who may recognise him to get in touch with us as soon as possible.

"We're also appealing for anyone who was on the platform or the tram at the time who may have information or video footage to come forward and speak with us."

Danny Vaughan, head of Metrolink at Transport for Greater Manchester, said: “I’m extremely sorry to hear about this appalling and senseless attack on one of our staff who work so hard to make sure that people travelling with us are safe.

“I want to reassure our customers and our workforce that their safety is our top priority, and we will not tolerate such shocking incidents on our network.

“We are working with the police to do whatever we can to help find the person responsible, and I urge anyone with information about this attack to come forward and help with the investigation.”