A new mental health facility will be built in Ashton despite scores of residents objecting and Network Rail fearing that its proximity to a train station was a risk to the network.

The decision by Tameside’s planning committee to allow the construction of a three-storey block of flats off Rutland Street left one objector in tears.

The supported housing scheme for people with mental health issues would cater for 20 people, with 16 self-contained flats and four bedsits, as well as staff living accommodation.

Network Rail had formally raised issues with the proposals on behalf of the rail industry’s suicide prevention programme. They argued that the scheme was placing vulnerable people near the railway line and close to Stalybridge train station, which presents a ‘risk to the rail network’.

Analysis of incidents on their rail lines since December 2017 had shown that more than 60 pc of people who had attempted to, or taken their own life had a history of mental health issues. And 87 letters of representation against the proposals had been received by the council, while all three of the ward councillors had also formally objected.

The Tameside and Glossop Clinical Commissioning Group has a contract with the applicant, charitable organisation Richmond Fellowship, to provide supported accommodation in Tameside. NHS officials had written in support of the application, which would replace a facility on Manchester Road which is ‘no longer fit for purpose’.

But objector Michael Smith told the committee that they feared the size of the new building would ‘dominate’ the landscape. 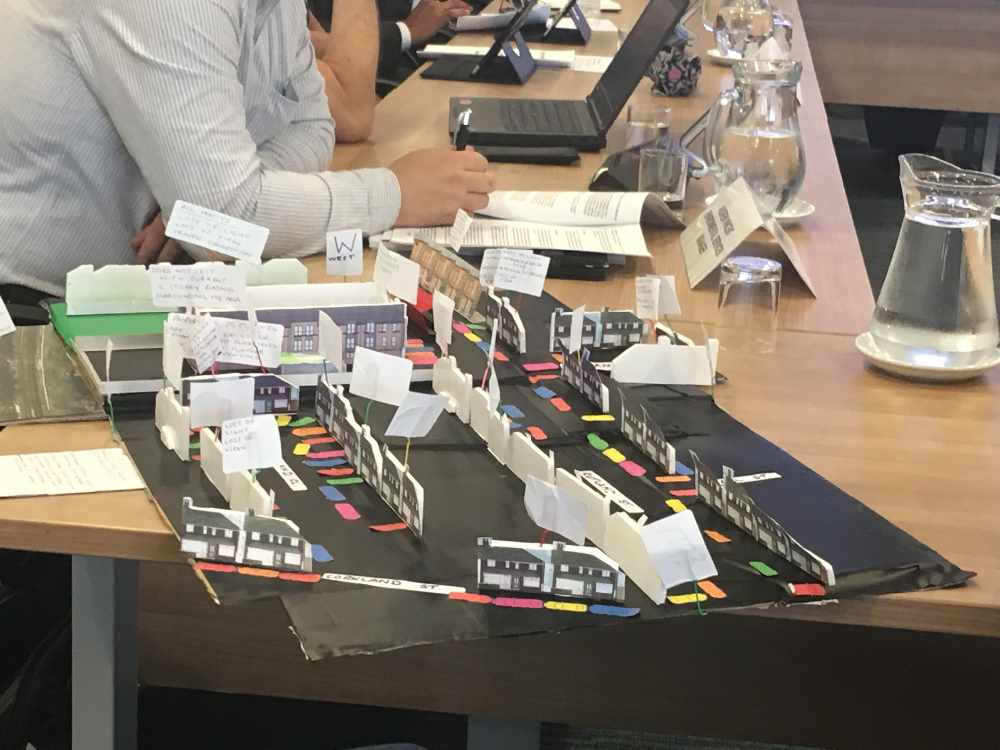 “We still feel that this building has an overbearing and overpowering effect on the local community by virtue of its sheer size and bulk and mass,” he said. “Network Rail’s suicide prevention team still object, they have not withdrawn their objection.

“Surely their wise counsel, their knowledge of issues regarding vulnerable people in relation to hazards around the area that are apparent to all should not be underestimated.”

He added: “The residents are not opposed to this because it happens to be a facility to house those with mental health needs. It is about the fact that it is a neighbourhood of low profile two storey buildings.”

Ward councillor Margaret Sidebottom said: “We still believe that vulnerable people should not be living next to a railway line where there is a known suicide risk We also believe that the building is too overpowering being a three-storey size. It will take away light from the surrounding properties.”

But principal planner David Thompson told councillors that issues over the specific use of the building was not a ‘material planning consideration’.

He said: “There is a recognised need for the facility and the regenerative benefits it will have by bringing the site back into use.

“Officers consider that the design approach to the site is acceptable because the three storey element would be separated by quite a distance from the eastern boundary of the site by a single storey element that would provide the entrance.

“In terms of residential amenity it’s considered to be acceptable.”

Bill Jennings from JDA Architects, and representing the Richmond Fellowship spoke in support of the application. He referenced the death of Parys Lapper in August, who was bullied over his mother Alison Lapper – who posed for Marc Quinn’s Trafalgar Square statue – and her disability.

“This application is on behalf of similar residents, like Parys, who already live in Tameside,” he said. “At the moment they live in inappropriate housing and with this building we are proposing to give them a new home.”

He said the building would not only provide living space, but education, training and ‘life skills’, and the Richmond Fellowship had already spent three years looking at other sites.

“The scheme is appropriate and compatible with its surroundings,” he concluded.

Conservative councillor Doreen Dickinson, who was the only member to vote against the application, said: “Purely in my opinion I would fail this application on our own policies because it doesn’t meet any of them.”