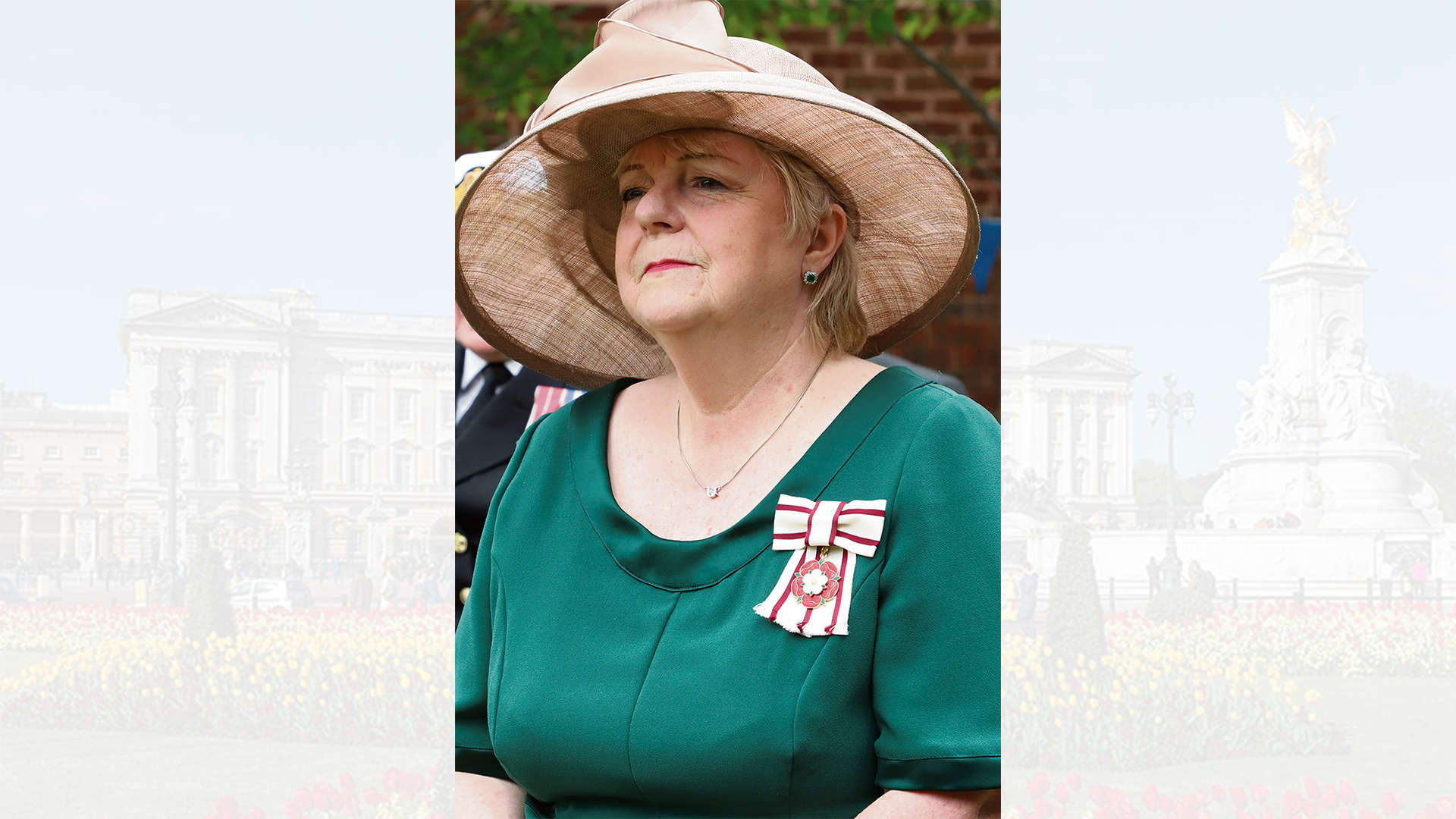 Sharman Birtles JP DL has received an MBE in the Queens New Year's Honours List for services to charity and the community in Greater Manchester.

Sharman, 70, from Audenshaw, is more used to presenting the honours than receiving them in her position as Vice Lord Lieutenant within the Greater Manchester Lieutenancy.

But it is for her extensive voluntary and charitable work ‘at the highest level’ that she receives the MBE.

She said she was delighted to receive the honour.

“It was a huge surprise and a very pleasant one - I am just delighted,” she said.

Born in Droylsden, Sharman attended Fairfield High School for Girls. She was appointed as a Magistrate on the Manchester City Bench in 1981 where she sat on the Adult, Family & Youth Panels and served as the Chairman of the Licensing Bench. She became Deputy Bench Chairman before being elected as Bench Chairman from 2009 to 2012.

Her selfless charity work though across the decades is extensive.

She is the Greater Manchester Patron of Marie Curie Nursing and also of the Willow Wood Hospice in Tameside, plus a Trustee to the Board of SAFE Networks, a charity which deals with female exploitation and modern-day slavery.

Sharman is also the Chair of Trustees at The Shed in Dukinfield which helps older men avoid social isolation whilst promoting a healthy lifestyle in the borough.

She is Committee Chairman of the Manchester & District Hospital Choirs Committee which organises Christmas Concerts to raise money for Young Lives vs Cancer in Greater Manchester, a charity which supports young people diagnosed with cancer. Under her leadership and due to her networking abilities, the concert raises in excess of £10,000 annually.

She is Chair of Relief in Need, Children’s Relief in Need and Manchester District Nursing Institution Fund, three Charitable Trusts which provide relief to individuals, families, children and the sick who are living in poverty.

Some years ago, Sharman joined the Old Girls Association and in 2015 she was invited to become a School Governor at Fairfield.

She is also a Soroptimist and a keen supporter of Guide Bridge Amateur Theatre and of the Mikron Theatre Group.