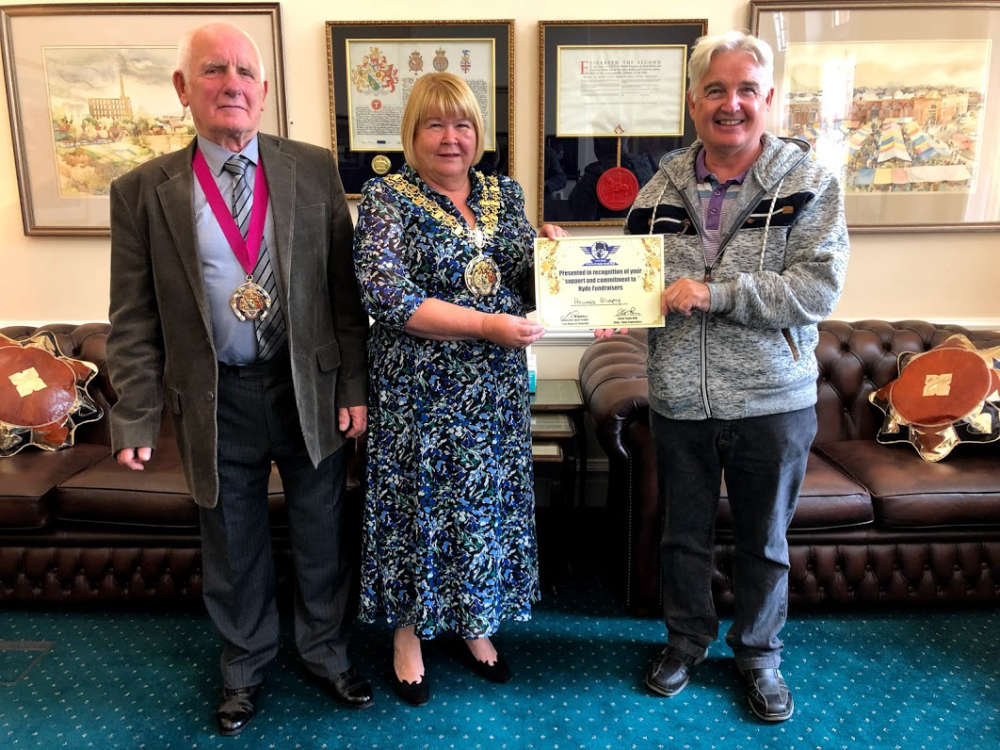 Members of Hyde Fundraisers were welcomed to the Mayor of Tameside Councillor Janet Cooper's parlour recently.

Accompanied by her Consort Dennis Fitzpatrick, The Mayor met the volunteers to find out more about their charitable work - which has seen them raise many thousands of pounds for good causes over the years.

The visit recognised more than 30 years of contributions from some members with medals awarded and certificates to many others.

Sophie Bowling was also made ‘Mini-Mayor’ for a brief spell too. 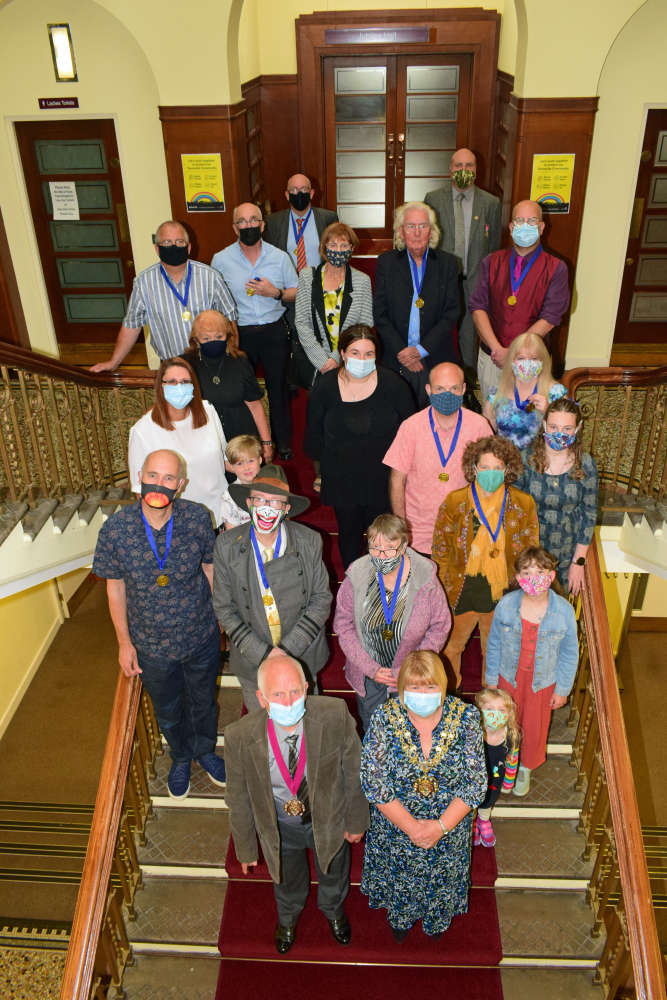 Some of those recognised included Cheryl Revell, formerly of Dizzi Gothic, who created some of the group’s costumes and Tameside Storage Centre who look after many of the group’s items.

Others also thanked for their contributions included Wayne, Melanie and Isaac Broughton from Hyde, Star Cutouts in Guide Bridge and Howard Murphy.

The sixth Doctor Who, actor Colin Baker, was also recognised and will receive a medal acknowledging his  support of the group.

Hyde Fundraisers will be appearing in Hyde on September 4 and Ashton on September 25 as they support local market events.