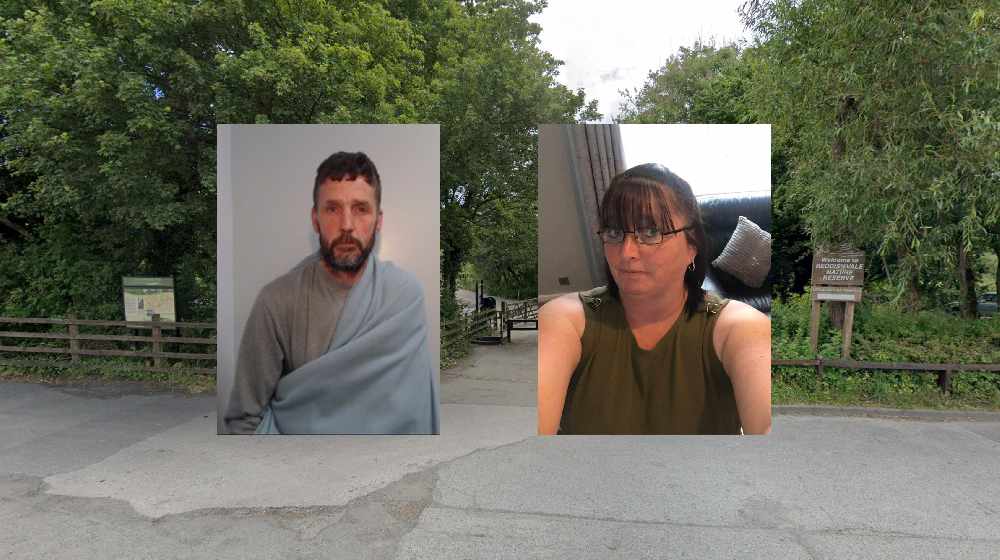 A man who murdered his wife and left her remains in Reddish Vale Country Park has been jailed to life in prison.

Thomas McCann, 49, of Rosslave Walk, Brinnington was sentenced today at Manchester Crown Court (30 March 2021) and ordered to serve a minimum term of 12 years and 182 days.

He had pleaded guilty to the murder of Yvonne McCann, 46, at and earlier hearing.

The court heard how her body was found by in a bag by a dog walker in Reddish Vale Country Park on the morning of Monday 25 May 2020.

Hours later, at around 7:15pm, Thomas contacted police to report his wife missing.

Though McCann's cover-up story raised concerns with officers and he was arrested and taken into police custody for questioning where he initially denied the murder.

Detectives carried out a number of lines of enquiry and also found that a family member had discovered that McCann had Yvonne's phone which had text messages sent from Yvonne's to say she was at a family BBQ - which was not the case.

The investigation team believe the last time Yvonne was alive is from a witness account from a neighbour where an argument was heard at an address on Rosslave Walk at around 9am on Saturday 23 May 2020. It is after then that detectives believe McCann has dismembered Yvonne's body.

CCTV analysis by the Major Investigation Team showed McCann putting a number of heavy bags into the boot of his vehicle on Rosslave Walk just before 3.45pm on 23 May 2020. Around 20 minutes later, the vehicle leaves the address, then returns at around 10.47pm and leaves again. Not long before 1am, the vehicle is spotted parked on Blackberry Way and McCann is seen removing backs from the boot of his car and walking towards Moat Walk Park.

Another camera then shows him walking towards the site where the dog walker made the discovery.

McCann pleaded guilty to murder and was sentenced to life imprisonment with a minimum term of 12 years and 182 days at Manchester Crown Court today (30 March 2021).

In a statement, Yvonne's family said: "To our mum, we children were her everything. Our mum was, and still is, everything to us. She was funny, loud and had a heart of gold.

"We are still trying to process and come to terms with what has happened.

"Our lovely bubbly mum is gone and we will always remember her for the amazing mum and nanna that she was.

"Our families respectfully ask that we have some privacy at this very difficult time.”

Detective Inspector Dan Clegg, of GMP’s Major Incident Team, said: “First, I would like to say that our thoughts remain with Yvonne’s loved ones, especially her four children. They’ve, understandably, been left heartbroken by her death but, throughout our investigation, they’ve demonstrated tremendous composure and patience – for which I would like to thank them.

“I hope this case reassures members of the public that Greater Manchester Police is committed to conducting thorough enquiries and investigations to ensure victims and their loved ones get the answers they need and want. I also hope it warns offenders that attempts to cover tracks are highly unlikely to be successful and their crimes can result in hefty prison sentences, like McCann’s."