Man who carried out series of terrifying robberies is behind bars 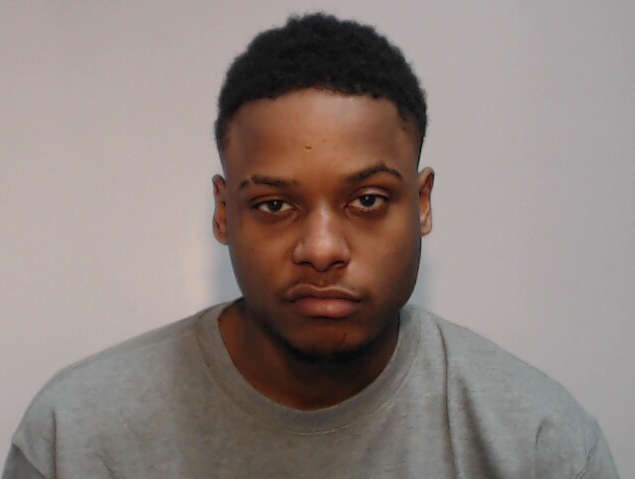 A man who carried out a spree of terrifying and violent robberies in Tameside and east Manchester has been jailed for 14 years.

Jose Da Silva was sentenced on Friday (10 September) at Manchester Crown Court after pleading guilty to nine counts of robbery.

The court heard how the 20-year-old, of Brightman Street in Manchester, targeted a number of food outlets and food stores during the first half of December 2020, where he would often proceed to threaten staff with a knife and force them to open the till so he could steal quantities of cash.

Da Silva’s first offences occurred on the afternoon of Tuesday 1 December at a Farmfoods store, when he entered the shop in all dark clothing and pointed a knife at the head of a staff member, who refused to open the till despite his demands.

The victim attempted to walk away from Da Silva, who stole £10 from his hand and made off.

At around 5.15pm, and less than an hour later, Da Silva entered a Subway store in Openshaw, where he ordered a sandwich and was seen pacing around.

When he gave the store worker a £5 note, he leapt across the counter and demanded that the worker gave him money - even threatening her by saying he had a gun.

He committed subsequent robberies at a Greggs on Queens Walk in Droylsden on 3 December, where a member of staff was stabbed in the upper leg and a GoLocal store on 7 December in Audenshaw where he stole over £250 after threatening staff.

CCTV enquiries and eyewitness accounts made detectives confident that the offences were being committed by the same offender and with a similar modus operandi of threatening workers, usually with a knife while grabbing their hair, and demanding cash.

A Subway in Ashton-under-Lyne on 10 December and a Greggs in Clayton on 14 December were subsequently targeted and further large quantities of cash were stolen.

Da Silva's final robbery was in McDonalds in Droylsden on 16 December, where he is seen on CCTV (see below) to commit an act akin to his previous offending by grabbing a woman's hair and forcing the till to be opened.

Officers arrested Da Silva following a footchase after a number of calls were received reporting the robbery at McDonalds. He was detained and arrested on the car park near to Tescos on Lord Sheldon Way in Ashton.

A total of £283.44, taken from the McDonalds robbery, were found in his pocket when he was arrested.

Despite giving a 'no comment' interview, Da Silva was charged with nine counts of robbery to which he pleaded guilty to all offences, and was sentenced to serve 14 years in jail.

Detective Constable Chris Oldham, of GMP's Ashton-under-Lyne CID, said: "This was a terrifying series of incidents across a number of stores in the Tameside and east Manchester areas and Da Silva deserves every bit of yesterday's sentence.

"The fear and intimidation he caused by grabbing and threatening his victims was palpable, and no one should go to work and be subjected to such appalling acts of crime.

"I would like to pay tribute to everyone involved in this investigation who helped achieve this conviction; from the immense bravery and courage shown by the victims of these incidents, to the witnesses who came forward to assist with our investigation and ensure that we were able to bring Da Silva to justice.

"We've worked extensively to get this man in custody and ensuring he is held accountable for the full extent of his offending; this has seen us view hours of CCTV footage and speak to dozens of witnesses and victims to build a compelling case that ultimately saw Da Silva throw the towel in with unanimous guilty verdicts in court.

"Da Silva's aggression and violence, coupled with the frequency that he committed these offences in just a couple of weeks, highlights exactly how dangerous this man is and I am confident that our stores, streets, and communities are much safer now he is behind bars."