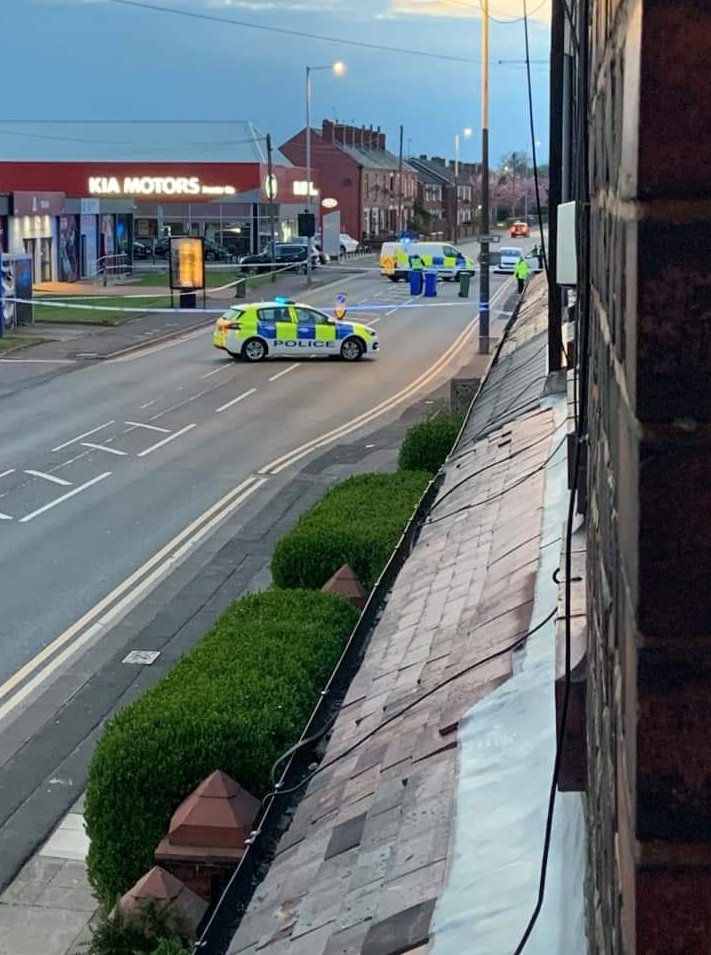 A man has undergone surgery for several serious injuries after he was the victim of a machete attack in Dukinfield.

Emergency services rushed to Birch Lane at around 7.15pm on Wednesday evening (28 April) in response to reports of an assault.

Greater Manchester Police say it's believed that a man had been assaulted by three other men - one of which was armed with a machete.

He received serious head, neck and back injuries and was taken to hospital by ambulance where he underwent surgery.

Police said that his injuries are not believed to be life threatening and enquiries are ongoing.

It's understood to have happened in the car park of the Active iTrain. A large cordon was in place for several hours as officers taped off a section of the road.

A senior officer has described it as 'a horrific attack' which could have been a lot worse.

Police are appealing for witnesses to come forward.

Detective Inspector David Donlan, of GMP's Tameside district, said: "This was a horrific attack that left a man with serious injuries. His injuries are not life-threatening but could have been a lot worse.

Reports can also be made anonymously to the independent charity Crimestoppers on 0800 555 111 or via the Greater Manchester Police website, www.gmp.police.uk quoting reference 2516 of 28/04/2021.