Man arrested on suspicion of murder after woman fatally stabbed 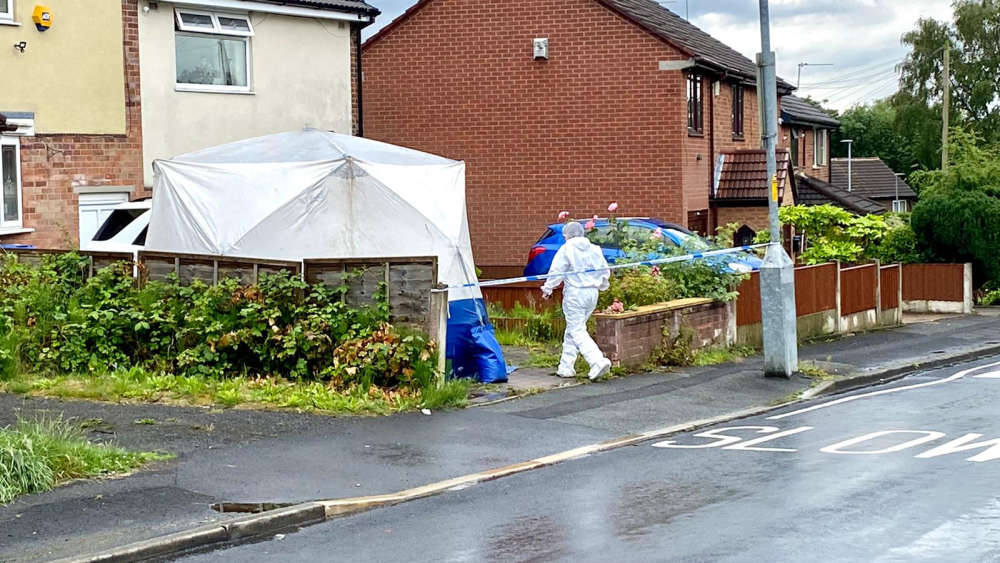 A man has been arrested on suspicion of murder after a woman was fatally stabbed in the Ridge Hill area of Stalybridge.

Greater Manchester Police say they were called at around 3.40am on Wednesday morning (7 July) by North West Ambulance Service at a house on Lake Road.

Enquiries established that a woman in her 40s had been stabbed 'multiple times'.

She was taken to hospital where she was pronounced dead a short while later.

A man in his 40s was later arrested in the Dukinfield area on suspicion of murder and remains in custody for questioning.

Police say enquiries are ongoing and there will be an increased police presence in the area as their investigation continues.

A cordon has been in place throughout Wednesday, with a section of the road closed, while forensic officers have also been at the scene with a tent set up on the driveway of a property.

Detective Superintendent Richard Hunt, of GMP's Tameside district, said: "An investigation has been launched following the death of a woman this morning in Stalybridge and although our enquiries are in their early stages, our main priority is ensuring her next of kin are identified and provided with the support they need.

"We are currently following all available lines of enquiry to ensure we piece together what has occurred this morning but I would encourage anyone with any information that could assist our enquiries to get in touch with police as a matter of urgency.

"Incidents such as this can be hugely unsettling for the community but I want to reassure the public that we are working at pace to ensure we establish the full circumstances and we currently have one man in custody. There will be an increased police presence in the area as our investigation continues and anyone with concerns or worries is encouraged to speak with officers in the area."

Stalybridge and Hyde MP Jonathan Reynolds said on his Facebook page: "This is devastating news. My heart goes out to my constituent and her family, their neighbours, and everyone effected by this tragedy.

"I am grateful to the police of keeping me informed from first thing this morning, and for all their efforts to support the family and gather evidence in horrible circumstances. This country has never done enough to prevent and tackle violence against women and that simply must change."

Anyone with information can contact police via LiveChat at www.gmp.police.uk or call 101, quoting incident number 342 of 07/07/21. Alternatively, contact Crimestoppers anonymously on 0800 555 111.