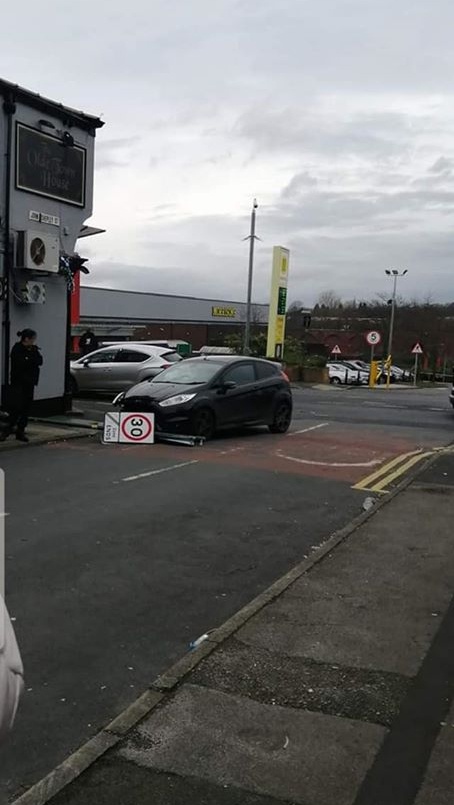 A 32-year-old man has been charged after a police chase, which started in Haughton Green, ended in Hyde on Thursday afternoon.

He was driving a black Ford Fiesta ST - suspected to be stolen - which crashed into a street sign close to Morrisons supermarket on Mottram Road.

The car, understood to be fitted with false number plates, was spotted by officers in Haughton Green, who then pursued the vehicle into Hyde.

A statement from Greater Manchester Police said: "At around 12noon on Thursday 16 January 2020, police began pursuit of a suspected-stolen Ford Fiesta ST in Haughton Green.

"The vehicle later crashed in Hyde and, following a foot chase, a man was arrested with assistance from local residents."

Logan will appear at Stockport Magistrates’ Court on 10 February 2020.