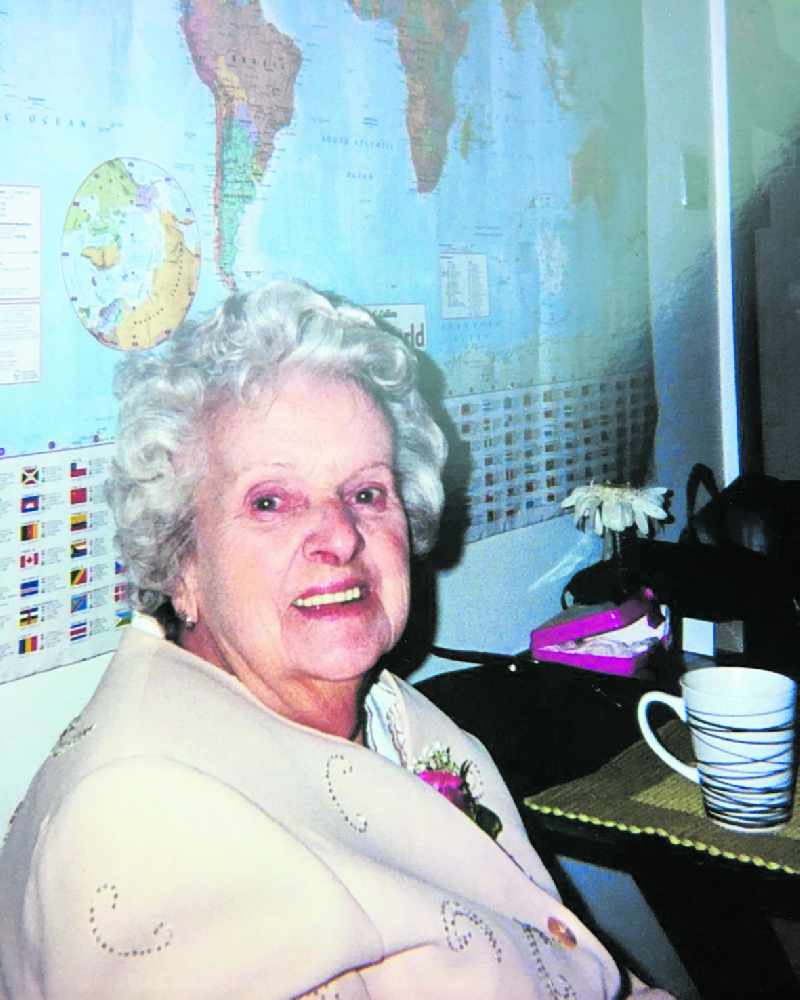 Mossley-born Mabel Statham is celebrating reaching the amazing age of 100.

In the 1950s she lived on Cross Street and Waggon Road in Mossley, marrying RAF officer Ernest Smith. Together, they had four children, Ernest, Derrick, Doreen and Edward who are now themselves aged 68 to 79.

While Mabel brought up her family and fostered further children, she worked at the pickle factory and Mossley wool factory. She also volunteered, helping to raise fund for The Christie.

In 1961, she married Dennis Statham and moved to Shaw Hall Bank Road, Greenfield, before setting sail for the Isle of Man in 1996, to be closer to her daughter, Doreen.

Mabel dedicated her time on the Isle of Man to working in a charity shop in a village called Onchan and used to knit dolls’ clothes to sell in the store. Dennis worked as a lorry driver for Complifex Hose Pipes, delivering all over the UK. He died in 1999.

From the year of Dennis’ death to 2015, Mabel lived independently, until her 95th birthday when she moved into a residential home.

Grandaughter Caron Neild added: “She’s very popular in the home and loves to chat with everyone. She’s always smiling and most happy with her family around her. She especially loved the attention on her birthday, unfortunately, we were not able to be with her on the day, but the lockdown was lifted soon after, so the family were able to visit.

“She has a very caring nature and loves to help others. Mabel has always liked a little tipple of brandy before going to bed. Now is her time to be looked after and she’s loving every minute of it!”

Mabel’s fondest memories of her old haunts in Mossley and Greenfield are being part of a close community and the great neighbours who looked after each other.