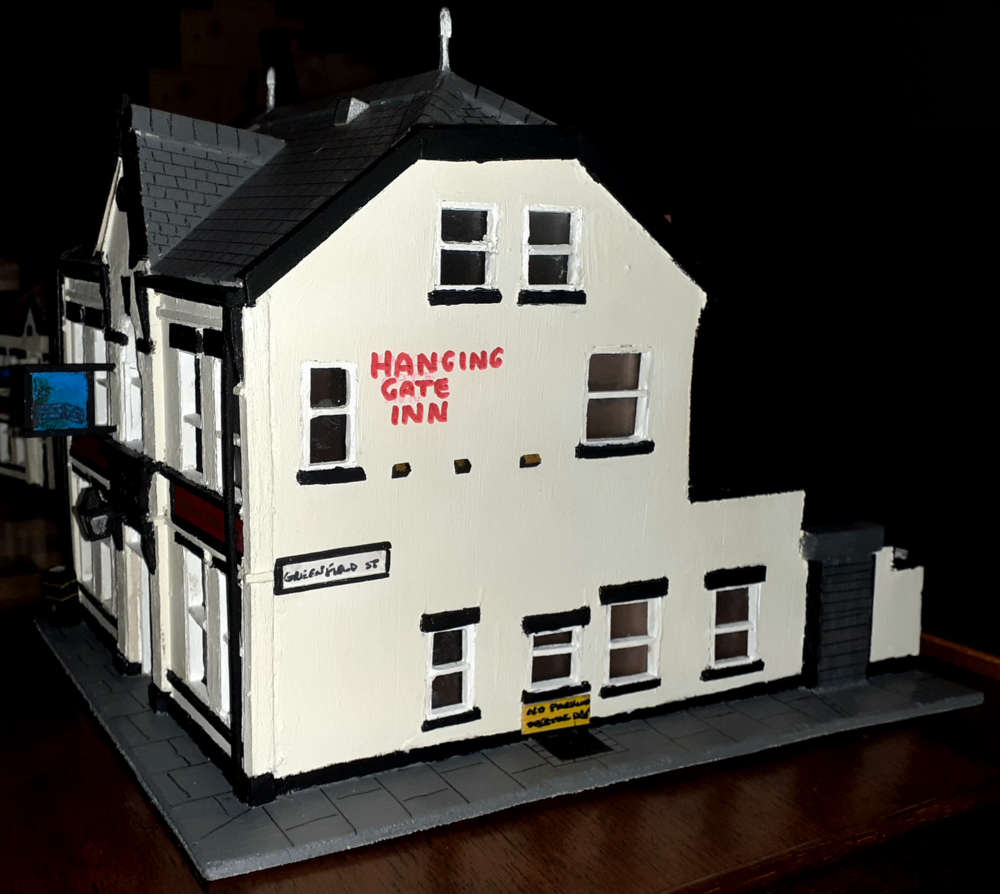 A creative fundraiser is giving pub enthusiasts an opportunity to bid on replica models of their favourite boozers to raise funds for charity.

Like regulars across the country, John was unable to go for a drink when the doors were bolted shut in March 2020 at the start of the pandemic.

However, with the spare time available and with an interest in keeping active, the 66-year-old decided to unlock his creativity and got to work on building a replica model of his local boozer, the Hanging Gate Inn, Audenshaw, which is a stone’s throw away from his house. 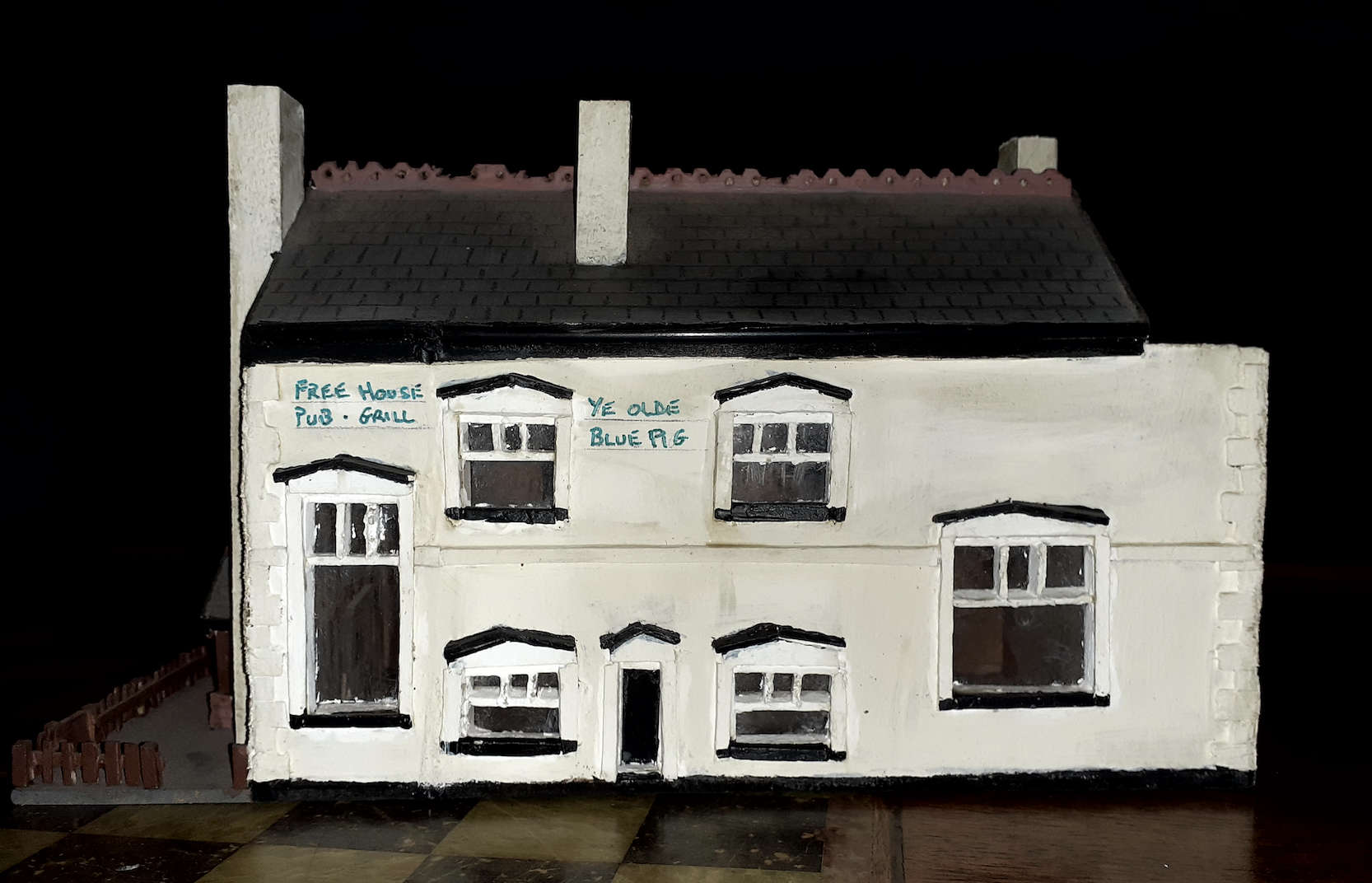 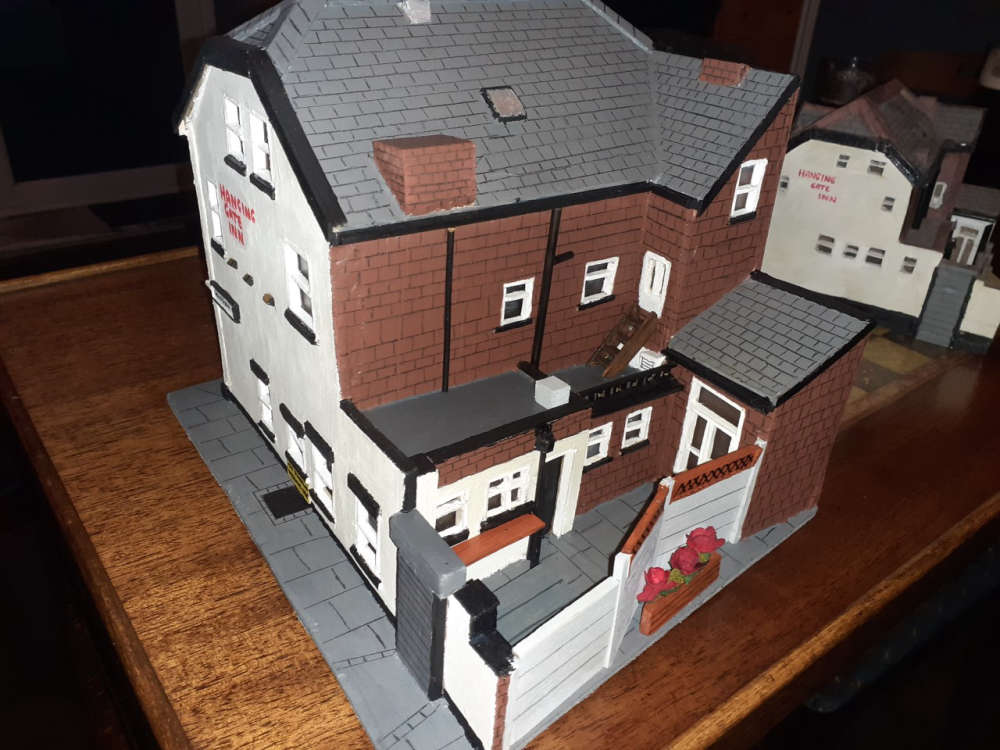 Such has been the reaction to his pieces, which are made of plywood, hardboard and plastic, John has decided to auction the models in conjunction with Hanging Gate Inn landlady, Michelle Olivier, to raise funds for the Ashton-based hospice, which provides specialist palliative care for patients with life limiting illnesses, both cancer and non-cancer diagnosis.

Two of the models – The Bush, Droylsden, and The Beehive, Droylsden – have been excluded from the auctioning process as they hold too much sentimental value and will instead take pride of place in John’s house. 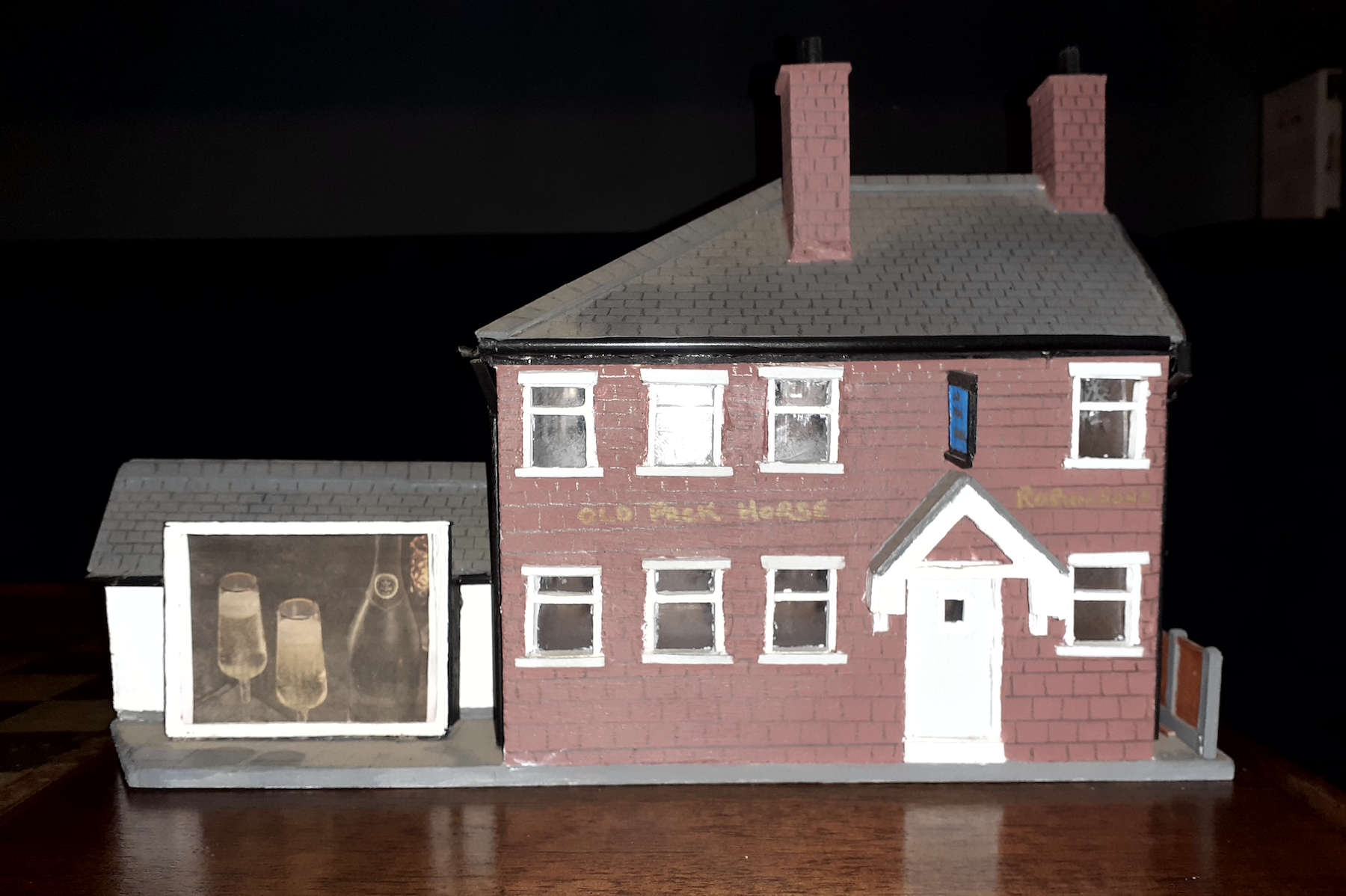 John, who was born in Droylsden, has enjoyed the creative experience and now hopes locals will rally round to support the fundraiser.

Speaking to the Reporter, he said: “I’ve always liked making things and as a child I would make Airfix models. I said to one of the lads in the Hanging Gate that I wanted to do something different, so we came to the decision that it would be quite interesting to make replica models of the local pubs in the area.

“I went to each pub and took photographs from different angles, and from those pictures I’ve manage to create the models without any kind of actual measurements taken.

“It’s coming up to two years since I first started creating the first model, with each replica taking about five weeks to complete, and from there it’s just become something I love doing.” 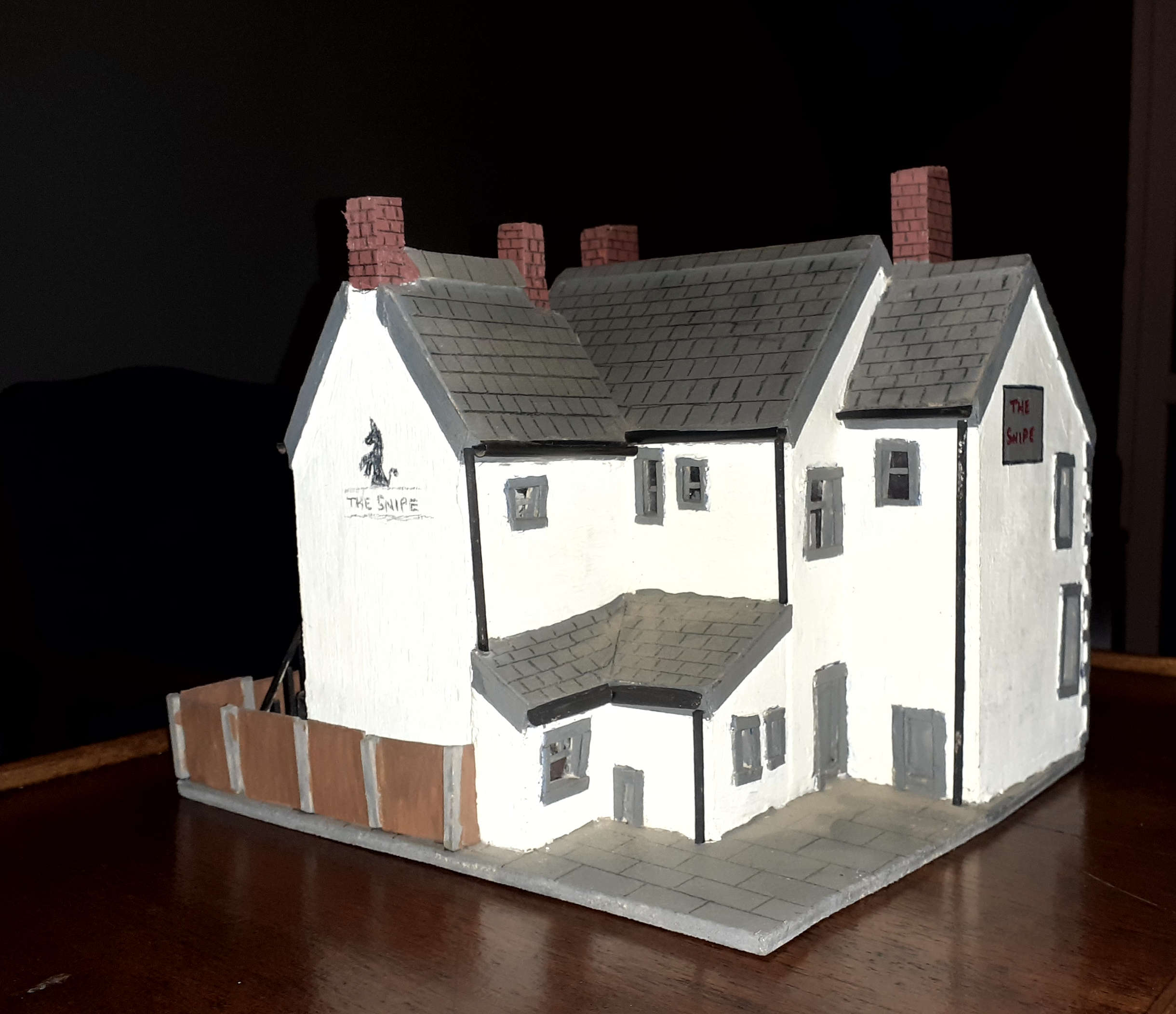 John has created two versions of the Hanging Gate Inn - the latest, which he describes as his favourite creation, is much bigger in size, contains minute details and now sits proudly inside the Audenshaw Road boozer. 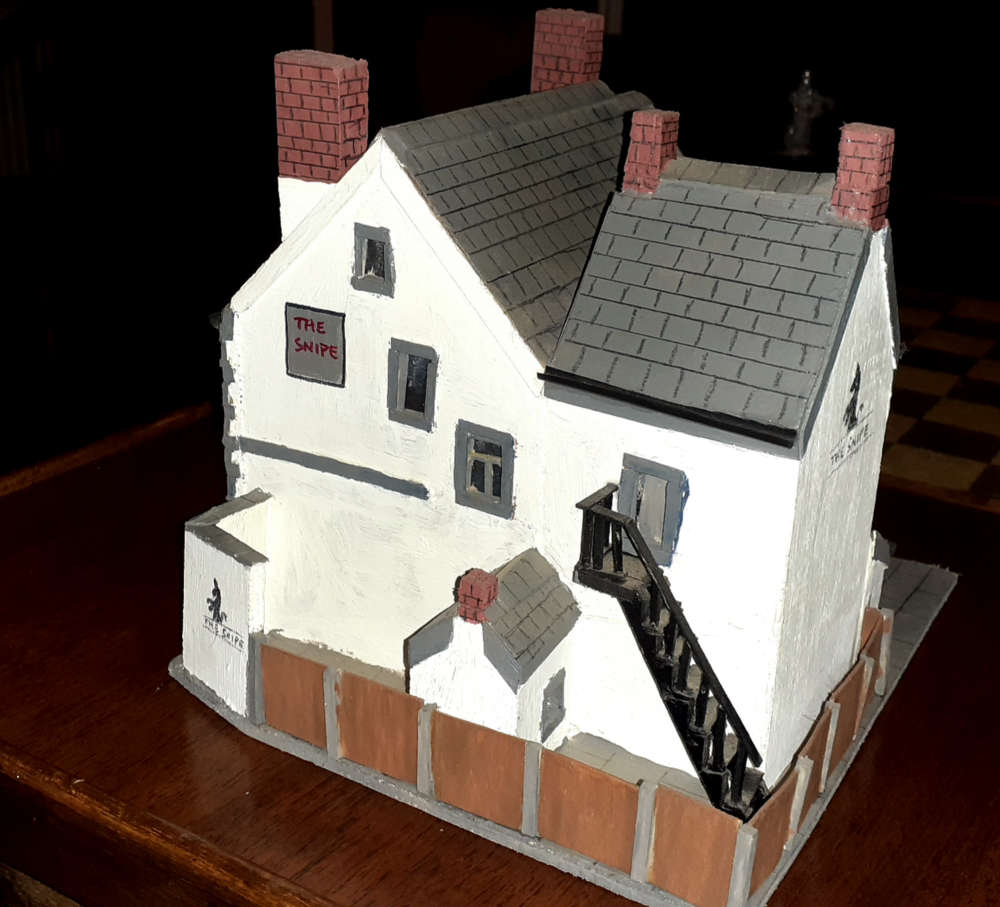 A date for the auction is yet to be announced.

To register your interest, email mark.philip@questmedianetwork.co.uk