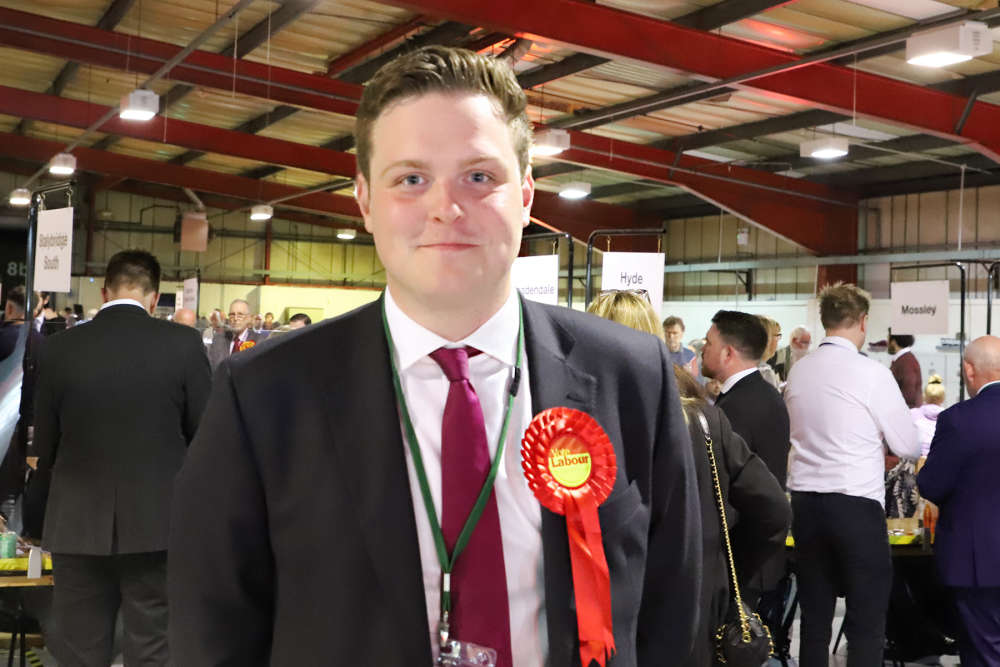 Although the Conservatives saw their share of the vote fall slightly in Audenshaw, it was still very much a matter of as you are.

This year’s result mirrored a similar one to last May, with this time Labour’s Oliver Ryan comfortably retaining his seat, polling 1,520 votes.

Conservative candidate Danny Mather lost a few percentage points only in vote share compared to his result last year, polling 1,178 votes, with Luke Robinson for the Greens a distant third with 221 votes.

“I’d like to thank everyone who worked with us in Team Audenshaw during this election,” said Cllr Ryan as he celebrated his victory.

“Local issues have driven this result and it’s important that we address those issues and I am proud to be able to serve the people of Audenshaw for another year,” he added.

The councillor was elected eight years ago as the youngest councillor at the time when he was just 19 years old.

“It was a very tight election against UKIP at that time but the people of Audenshaw put their faith in me then and we put investment into the local parks, community groups and have set up several successful home watches, as well as making crossings safer, so I’d like to think Audenshaw is a better place now eight years down the line.

Cllr Ryan had launched his campaign for this latest election back in June last year and prided himself on speaking with as many residents as possible.

Key local issues for residents he said included crime, speeding, the environment and cleanliness of the town plus road repairs as you might expect.

But national factors of obvious concern included the cost of living crisis with utilities bills and prices going up, but pay packets down with increased national insurance contributions.

“There’s been a lot working against people at the moment and although the local issues have come into play in this election, national matters have as well,” he said.