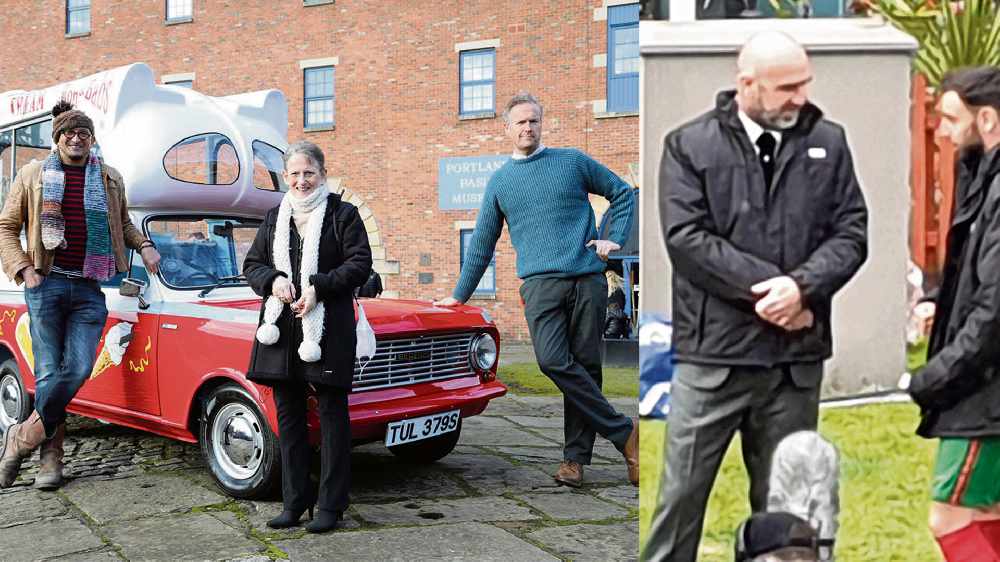 Film crews have been descending on Ashton as the town looks set to hit the national TV screens for a series of films and adverts.

In recent weeks and months various locations in the town have been transformed for the Netflix drama Stay Close, starring James Nesbitt, and the 60s’ thriller Ridley Road.

While only last week celebrities and Manchester United legends Eric Cantona and Bruno Fernandes were captured filming around the Richmond Park estate for the creation, it is understood, of a national sports firm.

Cantona was apparently also filming in Manchester for a European Football Championship advert.

We are grateful to Hoyd Publishing for providing the picture of the famous duo who were caught on camera in Ashton.

The episode featured an ice cream van that was a family business in Ashton for many years and had fallen into disrepair.

The programme showed the restoration of the vehicle to its former glory and the unveiling of the finished van (pictured).