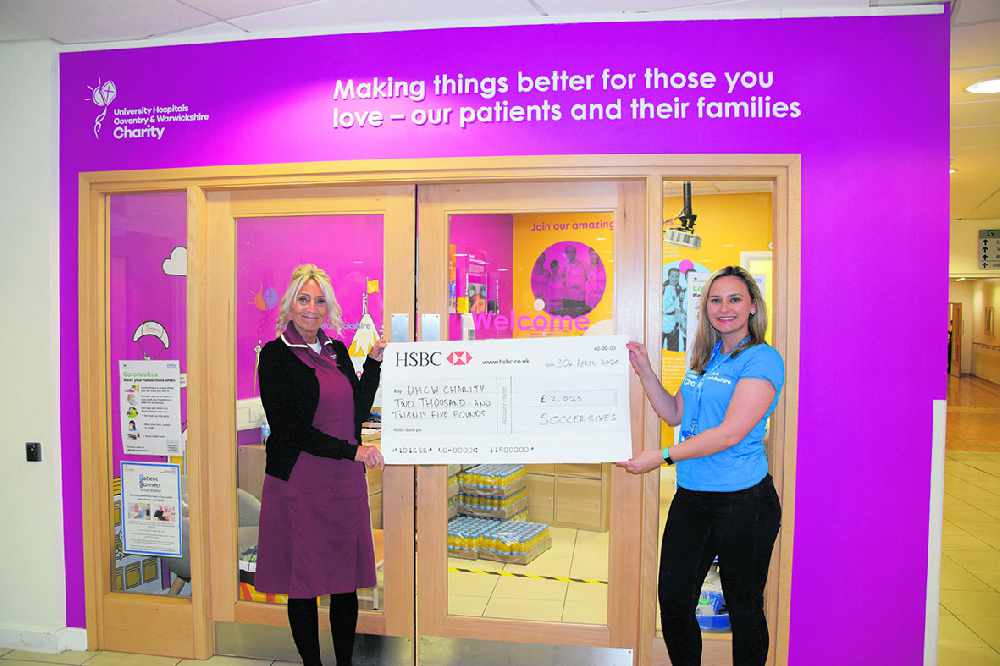 Active Copley-based Soccersixes are back on the ball and in action on the 3G pitch at the site again.

But during lockdown, the Stalybridge Soccersixes League was 'suspended' with no matches able to be played.

However - what the teams couldn’t do outside they turned their attention to doing inside instead - organising a fundraising e-soccer online FIFA tournament.

Thanks to the volunteering of Soccersixes staff and referees, the 6aside league managed to net an amazing £2,025 for the NHS.

Soccersixes spokesman Sean Uppal said: “We wanted to do something to help in the pandemic and one of our referees mentioned doing a charity online gaming tournament.

“Our staff and referees helped and the E-Soccer tournament was a success. Our 6aside teams who play in our leagues took part and enjoyed it, but are now happy that our outdoor 3G 6aside league is back on and they are enjoying playing again in the open air.”

The league runs weekly and is open to any standard and currently there is one space available for any teams who want to enter a team.

Games are 40 minutes long and qualified referees are present to referee the league.

It’s easy to enter a team, there is no entry fee, players have to be over 16 and a team captain can get six to eight players together and register at www.soccersixes.net or call 07969 634304. The 6aside leagues are good for mental health and fitness and help also with reducing obesity.

The 6aside league which is now operating is fun and enables a lot of people in the area weekly to get out and enjoy playing football with friends. Soccersixes are affiliated and recognised by the Football Association.

FANTASTIC RESULT: A cheque for the funds raised by the Soccersixes League is presented to the NHS.