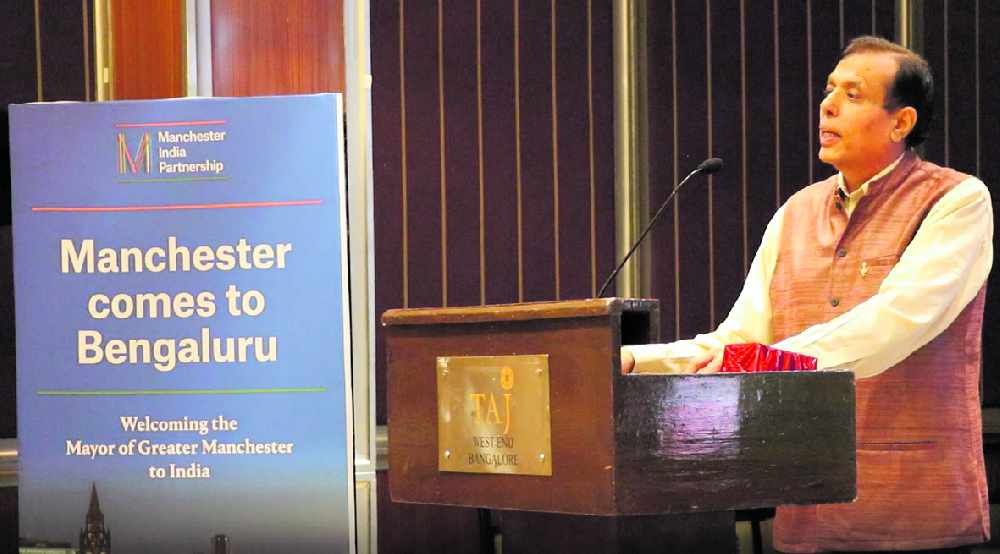 A celebrated Indian GP who has devoted his career to the NHS has supported a mayoral-led trade mission to the country of his birth.

Dr Chand, who came to the UK in the 1970s and worked for 25 years as a GP in Ashton, used the recent visit to call for universal access to healthcare, addressing audiences in Mumbai, Bengaluru and Delhi.

Delivered by the Manchester India Partnership (MIP), the visit has resulted in a series of deals and partnerships as well as seven investment projects which, if successful, could create more than 600 jobs and £45m GVA for Greater Manchester.

The aim of the award-winning public-private partnership, which was established in 2018, is to build and strengthen bilateral ties in trade, investment, tourism, culture and education between India and Greater Manchester. 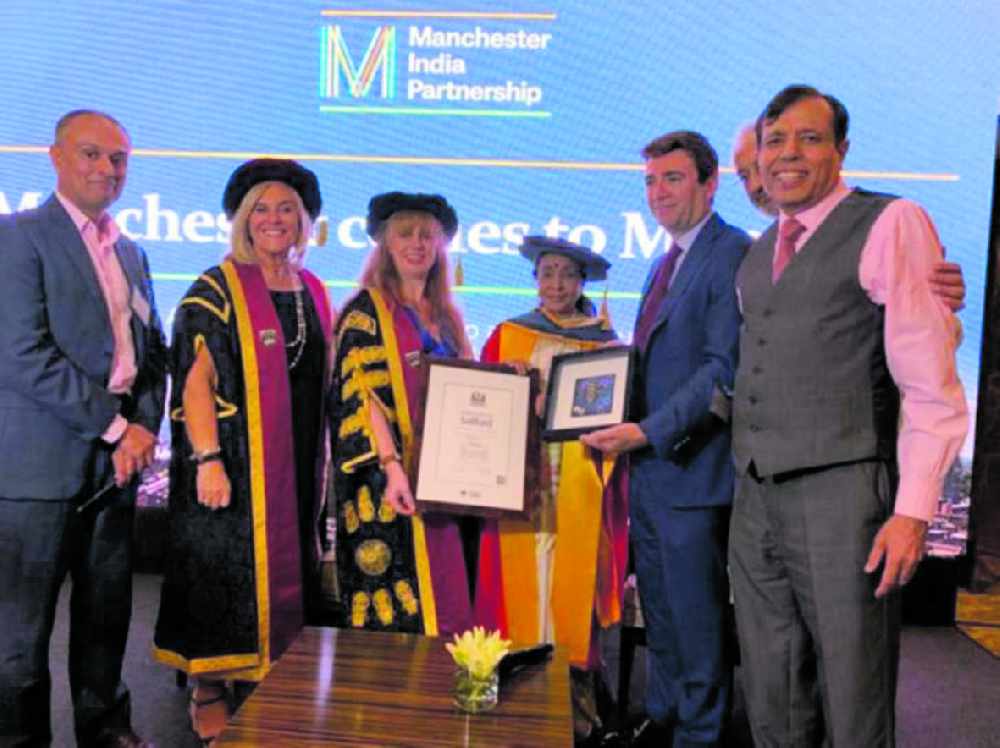 The purpose of the Mayoral visit was to capitalise on an economic opportunity between India, Greater Manchester and the wider North of England estimated at £400m, while strengthening bilateral cooperation between the two regions.

The MIP hosted a series of events in India, including major receptions in Mumbai, Bengaluru and Delhi to engage with Indian businesses of all scales and drive future collaboration between the two regions. Around 1,000 people engaged with the delegation throughout the visit.

Highlights from the visit included memorandums of understanding (MoUs) between University of Salford and Karnataka State Higher Education Council (Bengaluru); Manchester Museum and the Partition Museum, Armritsar (Delhi); and MediaCityUK’s The Landing and Famous Studios (Mumbai).

Asha Bhosle, Bollywood icon and owner of Manchester’s Asha’s restaurant, was presented with an honorary doctorate from the University of Salford in Mumbai, while in Bangalore, Lancashire County Cricket Club announced the team would complete its pre-season tour in India next year.

“There are more than 50,000 members of the Indian community living in Greater Manchester and I visited India not just to strengthen trade, investment, tourism, culture and educational ties – but out of respect for the part their parents and grandparents played in developing our city into what it is today.

“I want to work with the next generation of Indians to drive new opportunities for both regions. This is the time to give back through partnership and write a new chapter. That partnership is based on equality and mutual benefit, which was perfectly represented by the announcements we made in India last week, acknowledging our past while building new opportunities for the future.”