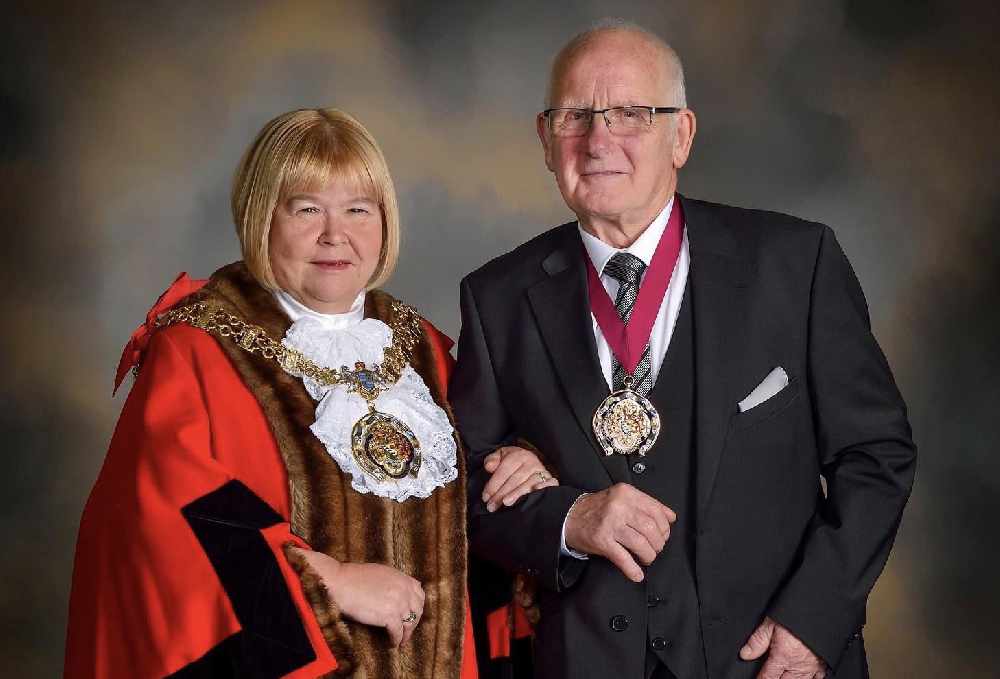 The Civic Mayor of Tameside Cllr Janet Cooper and her Consort Dennis Fitzpatrick.

It's Platinum Jubilee year, so what better way to celebrate than with a 'Last Night of the Proms' charity evening?

The event, which takes place at Dukinfield Town Hall on Saturday 21 May, has been organised by the Civic Mayor of Tameside, Cllr Janet Cooper, as a rousing way to bring down the curtain on her time in office.

All the Royal Albert Hall favourites will be featured – ‘Land of Hope and Glory’, ‘Rule Britannia’ and ‘Jerusalem’ – as well as other classics.

Admission is by ticket only (£10) available from Christine Acton on 0161 342 3087 or via email christine.acton@tameside.gov.uk. The price includes meat and potato or cheese and onion pie, a song sheet and flags to wave.

All proceeds go to the Mayor’s charity appeal which is raising funds for Cascade Baby Bundles and the Friends of Tameside Young Carers.