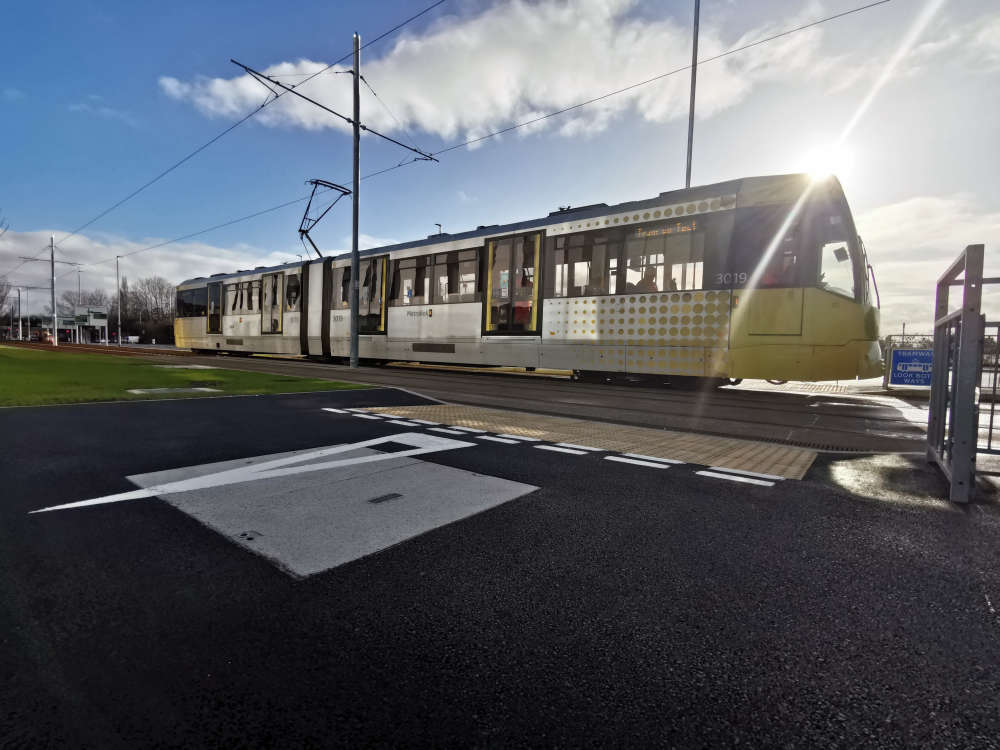 An increase in anti-social behaviour and crime on the Metrolink, including knife crime and assaults, has led to renewed calls for cops on the transport network.

The rising number of incidents reported on trams and buses – and the seriousness of the crimes committed – has caused concern for councillors.

There was a 23 per cent increase in anti-social behaviour and crime reported in September compared to same month in 2019, with 233 incidents in total.

‘Tram surfing’ – in which people hold onto the back of a moving tram or stand between two carriages on a double tram – has also risen tenfold in that time.

There has been a ‘significant increase’ in assaults reported, up from nine in August to 28 in September – of which seven were directed towards staff.

In August, a 17-year-old boy was stabbed at the East Didsbury Metrolink stop.

Youths were caught congregating and throwing missiles in Radcliffe and there has also been an increase in youth-related anti-social behaviour in Rochdale.

It comes during a period of poor performance by the Metrolink network which suffered from a shortage of drivers during the summer due by the ‘pingdemic’.

However, head of Metrolink Daniel Vaughan told the Greater Manchester Transport Committee on Friday (12 November) the situation has ‘stablised’.

He told councillors of successful ‘targeted joint operations’ with Greater Manchester Police on the Bury, Rochdale and Ashton lines recently which resulted in some arrests of passengers engaging in anti-social behaviour.

The transport boss said these joint operations will take place more regularly now police resources are not as stretched as they were during the pandemic.

But Oldham councillor Norman Briggs said there should be more of a police presence on the trams – something that has been raised many times before.

He said: “It’s always been my belief that there should be uniform presence on the tram itself for enhanced passenger security, fare evasion etc.

“I feel until we get this sort of thing, we’re going nowhere.

“Especially as the network develops, we’re going to need something akin to the like of the British Transport Police to police this sort of situation.

“I think it will go up and down and we’re revisiting this again and again.

“It has been raised on many occasions. I think you need to look at it again seriously.”

Vaughan told the committee that the Travel Safe Partnership, led by Transport for Greater Manchester and GMP, will continue to deal with anti-social behaviour on trams, buses and transport interchanges as they have before.

He said: “What concerns me is the seriousness of the issues that were being reported – knife crime for example.

Metrolink usage remains low at only 70 per cent compared to pre-pandemic levels.