Join in the Big Christmas Sing with youngsters from across Tameside 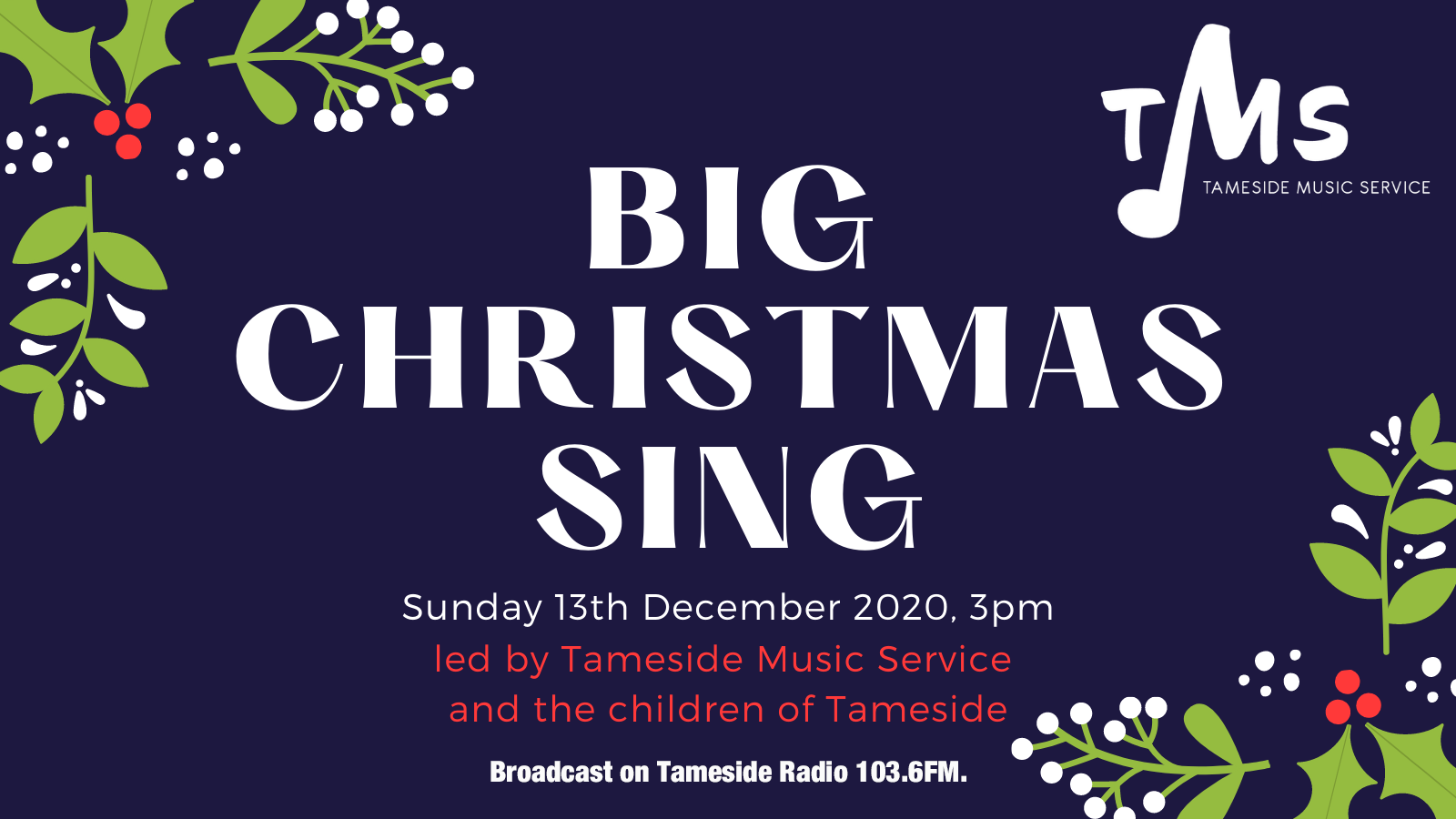 Tameside residents are invited to listen and sing along to a community-boosting carol concert performed by home-grown talent.

Tameside Music Service (TMS), together with Tameside Council’s Community Engagement and The Sylvia Swiffin Trust, have organised the Big Christmas Sing to spread some seasonal cheer and unite people while staying socially distanced.

The concert will be broadcast on Tameside Radio 103.6FM on Sunday, December 13, at 3pm.

More than 20 primary schools across the borough and talented brass students from Tameside Music Service have recorded some festive favourites, from traditional carols to well-known Christmas songs.

In the absence of many live concerts this year due to coronavirus restrictions, TMS’s talented students have teamed together with schoolchildren from around Tameside to record the performances.

Song sheets will be distributed throughout the borough by Tameside Council’s community engagement team, particularly to those in hospitals, care homes and those who may feel especially isolated this year.

Cllr Leanne Feeley, Tameside Council Executive Member for Lifelong Learning, said: “Tameside Music Service may not be able to perform live together this year as they normally would, but that won’t stop them spreading some seasonal cheer.

“This is a fabulous initiative to bring the community together through song and help ease the social isolation felt by many at this time of year. I hope everyone will tune it to join in the fun and festivities so that we can unite as many people as possible.

“I’d like to thank the service and the schools and children involved for creating the Big Christmas Sing, as well as Tameside Radio for broadcasting the concert.”

The Sylvia Swiffin Trust is also delighted to be able to support the event and is proud to be the partner charity to Tameside Music Service.

The song sheets, which include a visually impaired version, can be downloaded at https://tinyurl.com/yyo2tw7p.

For the very first time, Tameside Music Service will also be counting down digitally to Christmas with the TMS Advent Calendar.

Every midday in December, they’ll be sharing a performance from one of their talented students, and even some of their teaching staff too. It will give students the opportunity to showcase their hard work while having some festive fun. Look out for them on @tameside_music on Twitter and @Tamesidemusicservice on Facebook.