Jail for two thugs who carried out 'cowardly, unprovoked and motiveless' attacks 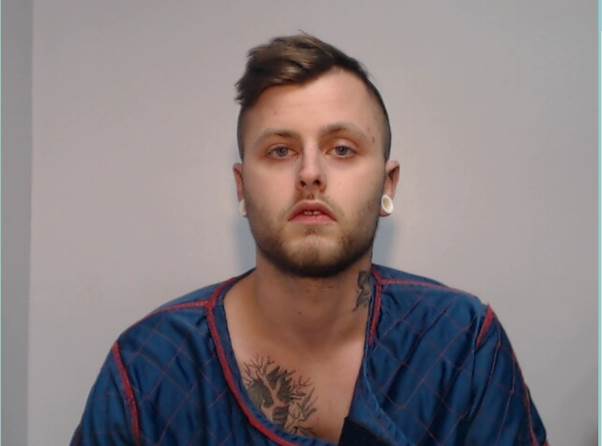 Two armed thugs who roamed the streets of Ashton and Denton and carried out "cowardly, unprovoked and motiveless" attacks - including two on elderly people - have been put behind bars.

Jack Paddon, 26, of St Johns Court in Hyde, was sentenced at Manchester's Minshull Street Crown Court on Friday (21 May) to six years and six months in prison after pleading guilty to four counts of robbery.

A 16-year-old boy, who cannot be named for legal reasons, was jailed for three years after pleading guilty to four counts of robbery and possession of a bladed article.

They carried out a series of violent robberies in the two Tameside towns in the early hours of 17 February 2020.

At around 12.40am, a 14-year-old boy was riding his bike down Rowley Street in Ashton when he was followed by a red Ford Fiesta, driven by Paddon. The car eventually pulled up in front of the boy at Smallshaw Lane and the 16-year-old male grabbed the boy by his wrists and demanded he get off the bike. He then began to search his pockets before the boy broke free and ran home, leaving the bike.

A short while later, police received a call from a man stating that his friend - who was later revealed to be the 16-year-old male - had dropped a bike off at his address in Ashton whilst bragging that he had stolen it from a boy. The bike was recovered by police and identified as the stolen bike.

Then, at around 2.50am, a 45-year-old man was walking along Lance Corporal Breeze Way in Denton when he noticed Paddon's Ford Fiesta behaving suspiciously in the area and following him. As the man continued his journey along Edward Street, he then saw the teenage male who cannot be named running towards him before he was grabbed by the wrist and tripped up. As he fell to the floor, he was hit over the head with a metal instrument.

The teenage male then began to verbally assault the man whilst going through his pockets before stealing his phone and fleeing the scene. Following the assault, the man was left with a head injury leaving him with permanent headaches.

Later that morning, at around 4.30am, a 75-year-old man was walking along Cotton Street East in Ashton when the male who cannot be named approached him on foot from behind, before grabbing him and pushing him to the ground. The man subsequently hit his head on the floor, leaving him with swelling and bruising to his eye and head.

The teenage male fled the scene with a dog chain the man had been carrying. Paddon's Ford Fiesta was also lingering in the area at the time.

A few minutes later, the male who cannot be named approached a 70-year-old man waiting at a bus shelter on Gas Street in Ashton before attacking him. The force caused the old man to slump down to the floor and the male, who was carrying a knife, began to search his pockets and continued assaulting him. The male then jumped and kicked the old man in the head before fleeing the scene.

A nearby woman shouted at the male and he subsequently fled the scene, leaving the man with multiple cuts to his face and hands and bruising across his entire body.

Detective Constable Darren Byrne, of GMP's Tameside district, said: "These two roamed the streets of Ashton and Denton before preying on random members of the public, two of whom were elderly and unable to properly defend themselves.

"The assault of anyone is abhorrent but these were cowardly, unprovoked and motiveless attacks that understandably left some of the victims incredibly shaken for some time after the assault.

"Today's sentence is a great result and another positive step forward in helping to remove dangerous individuals from our communities. I hope today helps provide a sense of justice and closure for the victims."