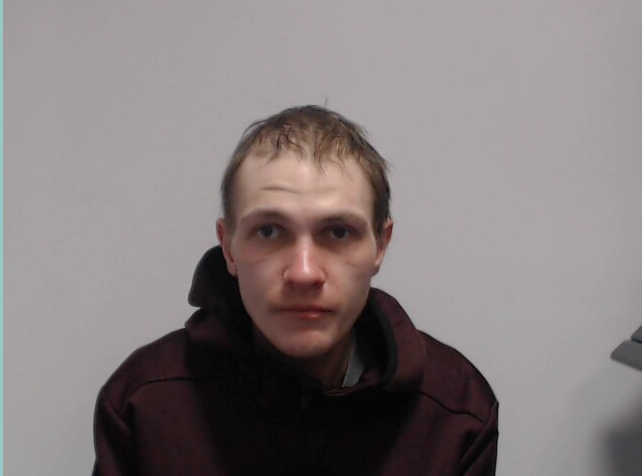 A 'cowardly' robber who injured three elderly people, including one who spent a long period in hospital with a broken femur, has been jailed.

Christopher Hurn was sentenced to over eight years in prison after pleading guilty to two counts of robbery, section 20 assault and section 39 assault at Manchester's Minshull Street Crown Court.

The court heard how on Thursday 1 April this year, the 28-year-old - of no fixed abode - had been sleeping in a garden of a property on North Road, Droylsden, when his first victim, a 62-year-old man, went outside to ask what he was doing.

The man invited Hurn inside to use the toilet but, when inside, Hurn asked the man for money. When he refused to give him any, Hurn threatened him with a hypodermic needle. Thankfully, the victim was able to flee uninjured and Hurn subsequently left.

Two days later, Hurn returned to the property and was spotted in the garden by an 86-year-old female resident. She went down to the entrance, along with another elderly male resident, to speak to Hurn and tell him to leave.

As the man attempted to speak to Hurn, he tried to push pass him and enter the property and, in doing so, rammed a zimmer frame the elderly lady was using into her legs, causing her considerable pain and distress.

Hurn then subsequently pushed the man to the floor, causing him excruciating pain and a fractured femur, leaving him in hospital for a 'considerable amount of time'.

Hurn entered the property and headed to the apartment he had visited the previous day.

Noticing Hurn had returned, the elderly resident tried to stop him from entering and a further struggle ensued. During this, Hurn punched the man several times in the face before eventually stealing the man's wallet and keys to the building.

"Hurn was cowardly and preyed on vulnerable people, knowing full well they would not be able to fully defend themselves against him. No one should be made to feel unsafe in their own home and all three residents have been left understandably very shaken by the ordeal.

"Thankfully today Hurn has been put behind bars for over eight years and I hope today's sentence helps them to recover from the incident and provides a small sense of justice."

Greater Manchester Victims' Services provide emotional and practical support to anyone affected by crime and are a confidential service. The service can be contacted by visiting www.gmvictims.org.uk or calling 0161 200 1950.