The proposed Puttstars unit in Ashton. Image: Legal and General.

Plans to demolish a former Chinese restaurant and build an indoor crazy golf centre have been approved by Tameside councillors.

Members of the planning committee have given the green light to build a branch of 'Puttstars' on the site of the Eat Inn Chinese restaurant in Ashton Moss.

The developer says the business will create 40 jobs in the borough.

There would be a loss of 11 car parking spaces as part of a reconfiguration of the existing car park. 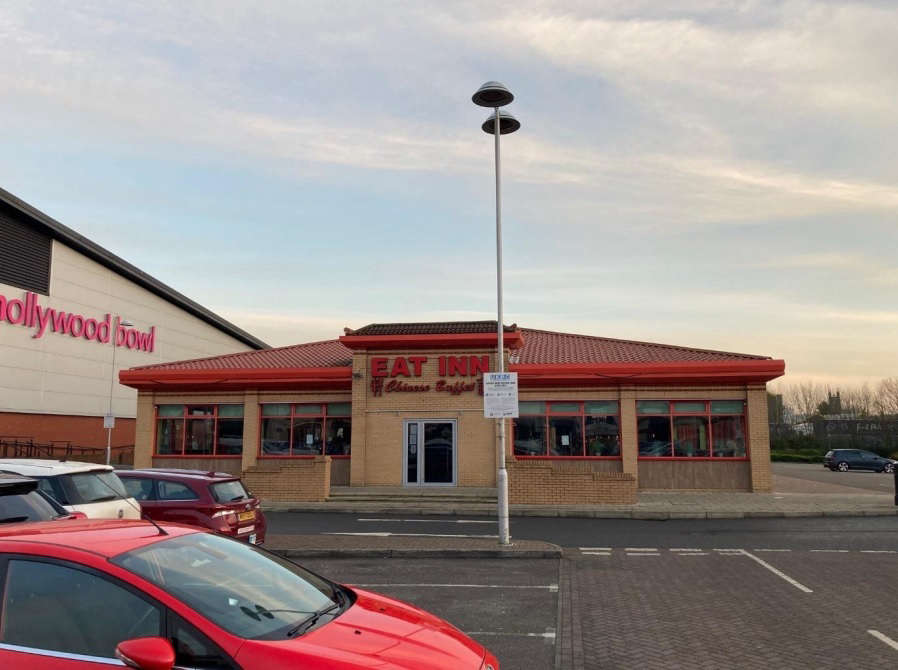 Lucy Turner, the agent for the applicant, listed as Legal and General Linked Pension Ex PTY Fund, said the building has been designed to create an ‘interesting and feature use’ on the site.

“It’s suitable for the proposed use. The proposal constitutes a significant investment in Ashton offering a new leisure occupier for the site, reinforcing the leisure park as a key destination in Tameside and the wider eastern Greater Manchester area.

“The development creates up to 40 new full time equivalent jobs, both full-time and part-time positions. Puttstars will operate a dedicated training and apprenticeship scheme."

She added it had been designed to incorporate sustainable measures, including a large area of solar panels on the roof.

Officers had recommended the application for the site on Fold Way for approval.

Development manager Melanie Hale said no objections had been received from residents over the plans.

“The site is an out of centre location but it’s an established destination and it is accessible by car and also on public transport,” she added.

“We find that the proposals wouldn’t cause harm to the vitality and viability of Ashton town centre and the principle is acceptable.

“Parking is generally under-utilised in this location and there are good transport links.”