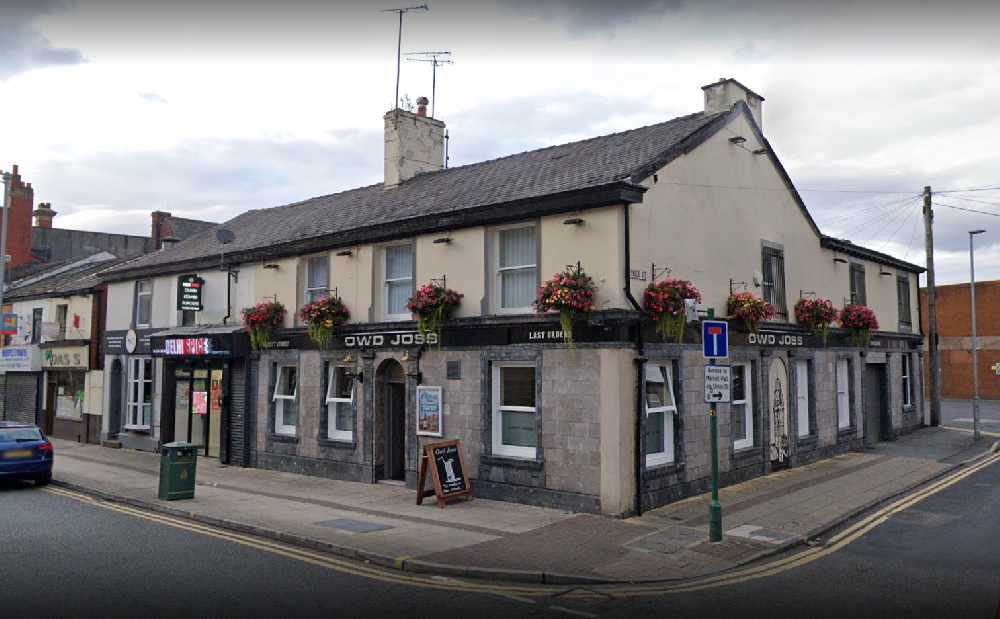 A pub where a customer suffered serious brain trauma after being punched and stamped on by a man with 'links to organised crime' has had its licence suspended just ten days after reopening following lockdown.

The Owd Joss in Hyde has been ordered to close by the council’s licensing panel until a full review of its licence can be carried out.

An expedited hearing called by Greater Manchester Police heard that a serious assault had taken place on a 25-year-old man at around 4.15 pm on Monday, July 13 within the pub on Market Street.

PC Martin Thorley told councillors that an offender with links to organised crime had attacked another patron. They then threatened staff and customers and to ‘burn the pub down’ if they reported it to the police.

Mike Robinson,  the council’s regulatory services manager said: “An altercation took place between two customers before the offender, who has links to organised criminal activity, punched the victim causing him to fall to the floor and lose consciousness.

“The offender then stamps on the head of the victim whilst the victim laid unconscious.

“The result of the incident was that the victim has been admitted to Salford Royal Hospital with serious brain trauma after being transferred from Tameside General Hospital.

“The victim and the offender had been drunk, they had been drinking all day and served Jagerbombs and other shots throughout which obviously has led to this incident taking place.”

PC Thorley told the hearing they had evidence of ‘serious crime’ on the premises, and the offender was seen on CCTV to stamp ‘deliberately’ on the head of the victim.

“Other customers just stood by while this assault took place,” he added.

“The offender is then seen to threaten customers, saying words to the effect of ‘no one needs to talk about this, not tell the police nothing’. And also go on to say ‘I will be back to tear up the pub and burn the pub down’.”

The offender fled the premises after making threats to witnesses and staff and has still not been apprehended, but a suspect has been identified who is known to police.

GMP are investigating the incident as grievous bodily harm.

However the victim, who is still being treated at Salford Royal, has refused to cooperate with police or help with enquires.

The victim was also identified as being currently banned from participating pub watch premises in Tameside until July 2023.

The only staff member working was also found to be ‘extremely intoxicated, argumentative and obstructive’  when officers from GMP later visited the pub.

She was subsequently sent home by the designated premises supervisor (DPS) Sean Wilkinson.

It is a condition of the premises licence of the Owd Joss that the DPS be a member of the local pub watch scheme, however the meeting was told that Mr Wilkinson had ‘refused to engage’.

PC Thorley said that there were also no Covid-19 track and trace records for any of the customers on Monday, July 13, which they had hoped to use to trace the offender.

“There is a concern over the management of the premises and their capability to run a safe venue for members of the public to visit,” he added.

“The pub have failed to comply with guidelines in relation to Covid 19 and failed to safeguard the customers which has lead to this assault taking place.

“The threats by the offender also make the premises vulnerable if it was to remain open.”

It was also revealed that the DPS, Mr Wilkinson, had held a lockdown party during April in the flat above the pub, and in the pub itself for his friends until around 6.30am.

Mark Knibbs, area manager for Hawthorn Leisure Ltd, the comapny which holds the licence for the Owd Joss, said they had now removed Mr Wilkinson as DPS following the incident.

He said they had also closed the pub voluntarily before the hearing.

“After four months of closures we are tirelessly operating safely for Covid-19 and as normal as possible for customers and our pub business so to have a closed pub ten days after reopening is disappointing,” he said.

“The pub will remain closed until we recruit a suitable experienced town centre operator that we are happy to disclose in advance to PC Martin Thorley and Mike Robinson.

“We do endeavour to find the right person for this pub premises and to give its regular customers their pub back and we will work with licensing to do that.”

Chair of the panel, Councillor David Sweeton, confirmed that it was the committee’s decision to suspend the licence until a full review could be carried out.

“We are satisfied that the incident on July 13 did in fact constitute a serious crime,” he said.

“However having regard to all the circumstances and the continuing threat we feel it is necessary to take an interim step in order to promote the crime and disorder objective pending a full review.”

The licence holder can seek to review the suspension with the council at any point up until the review hearing.