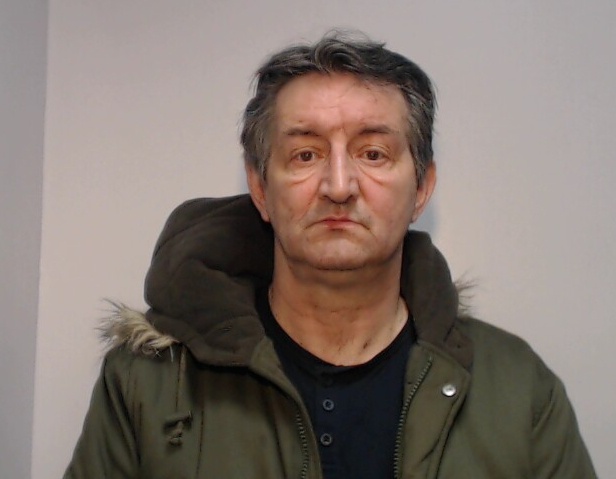 A 61-year-old man from Hyde who shared indecent images of himself with what he thought were two teenage girls, asked them to perform sexual acts on themselves, and invited them to his house has been jailed for 21 months.

Minshull Street Crown Court heard that David Reed, formerly of Fields Farm Road in Hattersley, had been communicating online with whom he thought were two 13-year-old girls - but they were in fact fully grown adults.

He then arranged to meet the girls individually - one at his home and the other in West Yorkshire.

Reed travelled to Leeds, where he was confronted and detained by the adults who set up the profiles. Police were called and Reed was arrested.

When sentenced on Tuesday (8 September), Reed was handed 21 months in prison and a 10-year Sexual Harm Prevention Order, while he must also sign the sexual offender's register for 10 years.

'He could have committed further serious offences'

One of the detectives on the case says that Reed could have gone on to commit further serious offences had he been communicating with two teenagers as he thought and urges any youngsters who think they may have been contacted inappropriately by an adult to report it. He also hopes Reed's sentencing is a warning to other people grooming young people online.

DC Mike Allen, of Project Phoenix within GMP's Tameside district, said: "Reed was communicating with who he thought were two 13-year-old girls but were in fact adults. He turned the conversation sexual - asking them to perform sexual acts on themselves to satisfy his desires. Reed went as far as arranging to meet these young people at his home, whilst his then partner would have been at work, and 40 miles away in Leeds. If he had have been communicating with youngsters - he could have committed further, serious offences which often have a long lasting impact on victims.

"I would like to use this opportunity to encourage young people who are (or anyone else who suspects a young person is) being inappropriately contacted by an adult via the internet or any other channel to report it to an appropriate adult or agency - whether that be a parent, carer, teacher or the police. Ensuring that victims are safeguarded and offenders face justice is one of our highest priorities.

"I hope today's sentence serves as a warning to offenders - deterring them from communicating with a child to satisfy their sexual desires. As this case demonstrates, being convicted of doing so can result in a prison sentence. There are a number of specialist services available to prevent offending."

Help is on hand if you need it

If you or someone you know has been raped or sexually assaulted, Greater Manchester Police encourages you not to suffer in silence and report it to the police, or a support agency, so you can get the help and support available.

- Greater Manchester Rape Crisis is a confidential information, support and counselling service run by women for women over 18 who have been raped or sexually abused at any time in their lives. Call 0161 273 4500 or email help@manchesterrapecrisis.co.uk

- St Mary's Sexual Assault Referral Centre in Manchester provides a comprehensive and coordinated forensic, counselling and medical aftercare service to anyone in Greater Manchester who has experienced rape or sexual assault. Services are available on a 24-hour basis and people can access them via Greater Manchester Police, or as a self-referral.