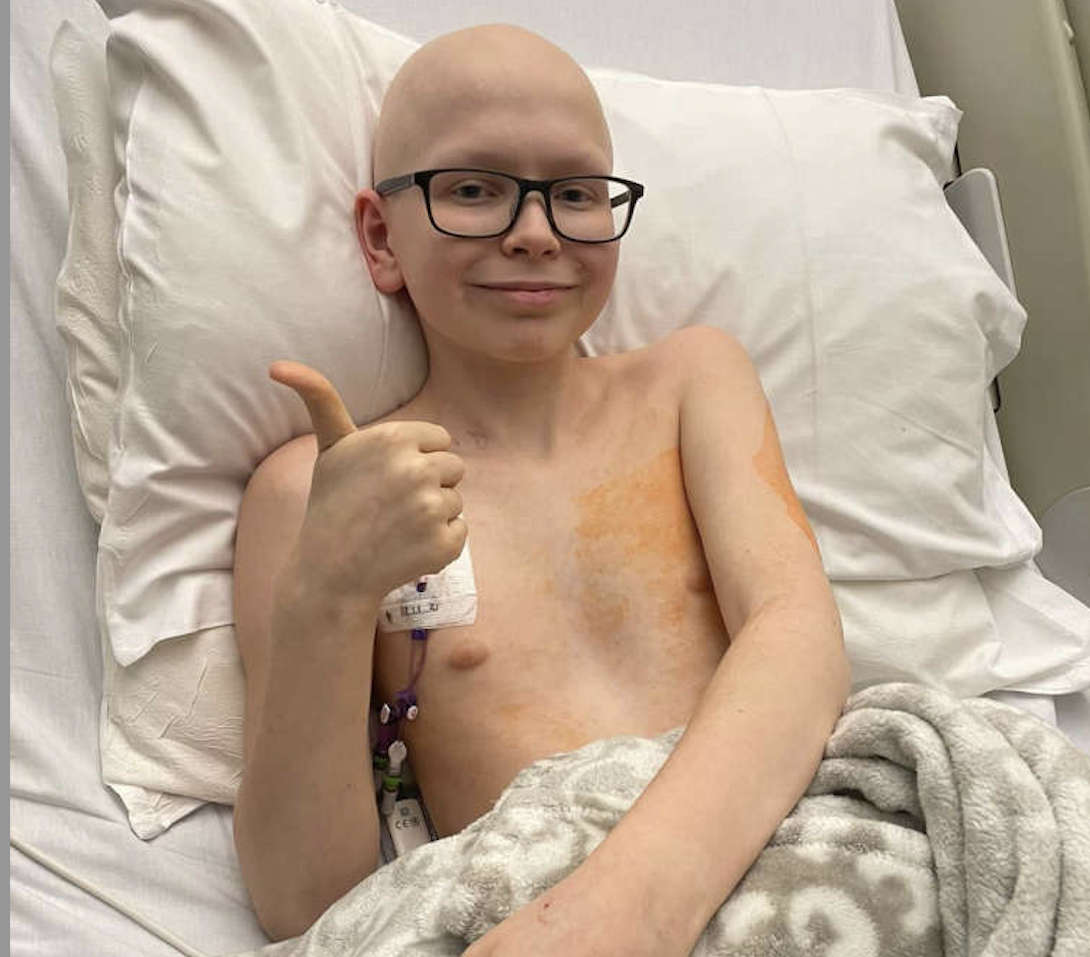 Hundreds of heartfelt tributes have been paid across social media to Tameside teenager Liam Preece who sadly passed away yesterday.

Liam, 15, from Stalybridge, had made the headlines a number of times in the Tameside Reporter, not least after launching his own YouTube Channel to share his brave battle against cancer on behalf of other teenagers.

Liam was diagnosed with osteosarcoma, a type of bone cancer, in June 2020. For his courage throughout his treatment, he  received a Cancer Research UK for Children and Young People Star Award.

His own YouTube Channel built a following of more than 10,000 followers.

Liam, a pupil at Alder Community High School, had stopped wanting to go for walks during lockdown or playing football after developing a pain in his knee and becoming aware of a lump.

His mum Jodie Conroy, assumed he may have pulled a ligament. She took him to Tameside Hospital where he had a scan. Jodie was dumbfounded to be told Liam had cancer. The tumour had been growing in the knee, but the cancer had already started to spread to other parts of Liam’s body.

He became dangerously ill in the previous December, 2020 with sepsis. But made a good enough recovery to return to school.

Sadly, Liam relapsed in June last year with the cancer spreading to his lungs. He has faced more chemotherapy and underwent surgery to have nodules on his lungs removed.

He bravely battled against the cancer but earlier this month his mum revealed he had suffered a further setback and was back in hospital again.

A GoFundMe page was set up on behalf of Liam to raise funds to make his dreams come true as he confronted the cancer and to hopefully pay for treatments unavailable through the NHS. To date it has raised more than £19,000.

We reported only this week how selfless Stalybridge community hero Steve Barton had been busy doing all he could for the teenager too, ultimately hoping a footballing star would be able to visit him in hospital - and a number did send him personal videos.

Liam’s mum broke the tragic news that he had lost his battle to the cancer on her Facebook page with many hundreds of tributes being paid in his memory.