How the Reporter recorded the Queen's Coronation 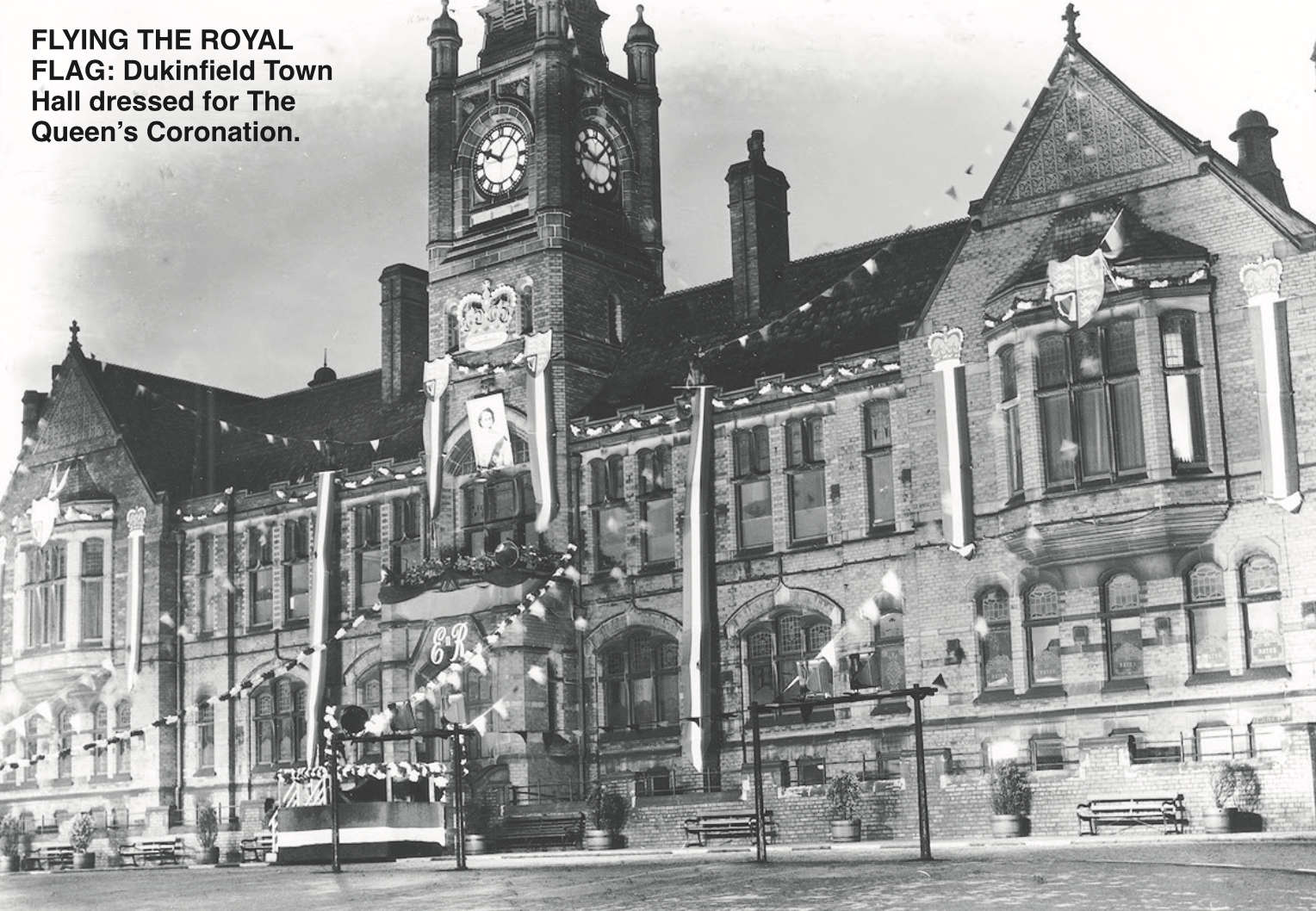 The Platinum Jubilee marks the 70th anniversary of the accession of Queen Elizabeth II. The Queen's Coronation was in 1953 and volunteer Tony Lawson looks back at the streets in 1952, how they were decorated to mark the Coronation and recorded in the Reporter newspaper.

The Smile project has seen the digitisation of thousands of the Reporter's pictures.

The Queen’s Coronation took place on June 2, 1953, and the photos shown below were taken around that time to celebrate the event.

The first photo is of Stamford Street, Ashton, just outside the former Barclay’s Bank looking in the Stalybridge direction. Directly on the left is what was then Martins Bank which was subject to take over and became Barclay’s until it moved recently. 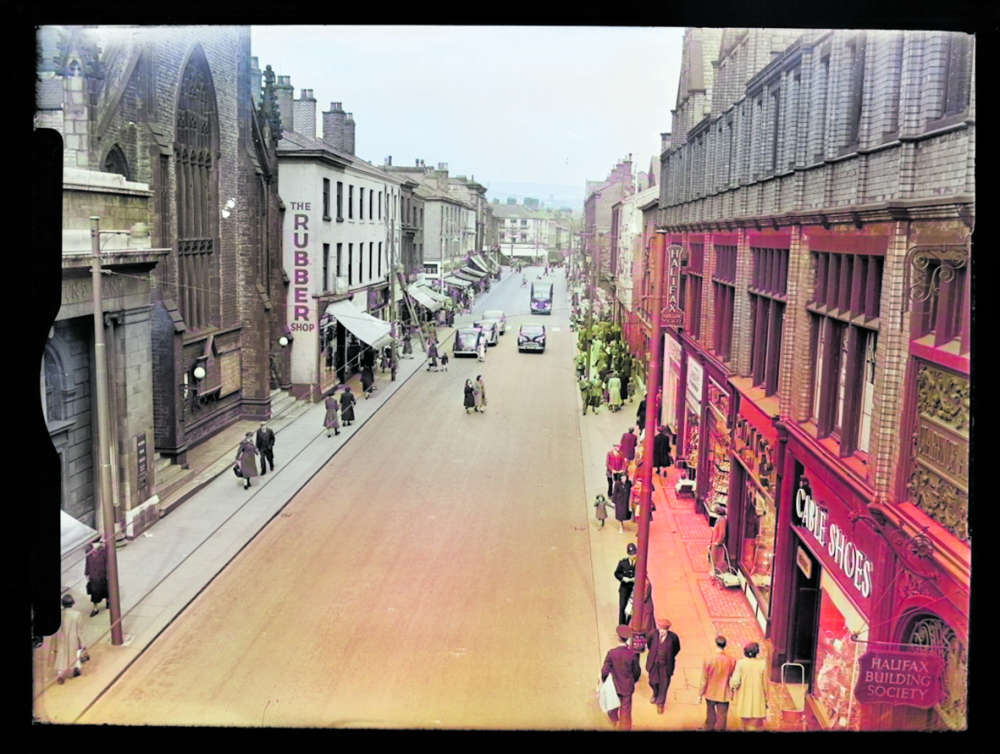 The church next to the bank has now been demolished along with the rest of the block and has been replaced with shops and accommodation. Notice the man up the ladder attaching bunting to the frontage of the building.

Directly on the right hand side is Clarence Arcade which was once an indoor shopping centre and was used more recently by Tameside Council to relocate offices whilst the new council offices were being built. Just past the vertical ‘Halifax’ sign, more bunting and a Union Flag can just be seen.

Many of the stores were part of chains and include ‘Cable Shoes’ and three stores further up  ‘Greenwoods’ – men’s outfitters.

The photo below is of Stamford Street again looking in the Stalybridge direction and was taken approximately where the NHS Primary Care Centre is now, on Cavendish Street. 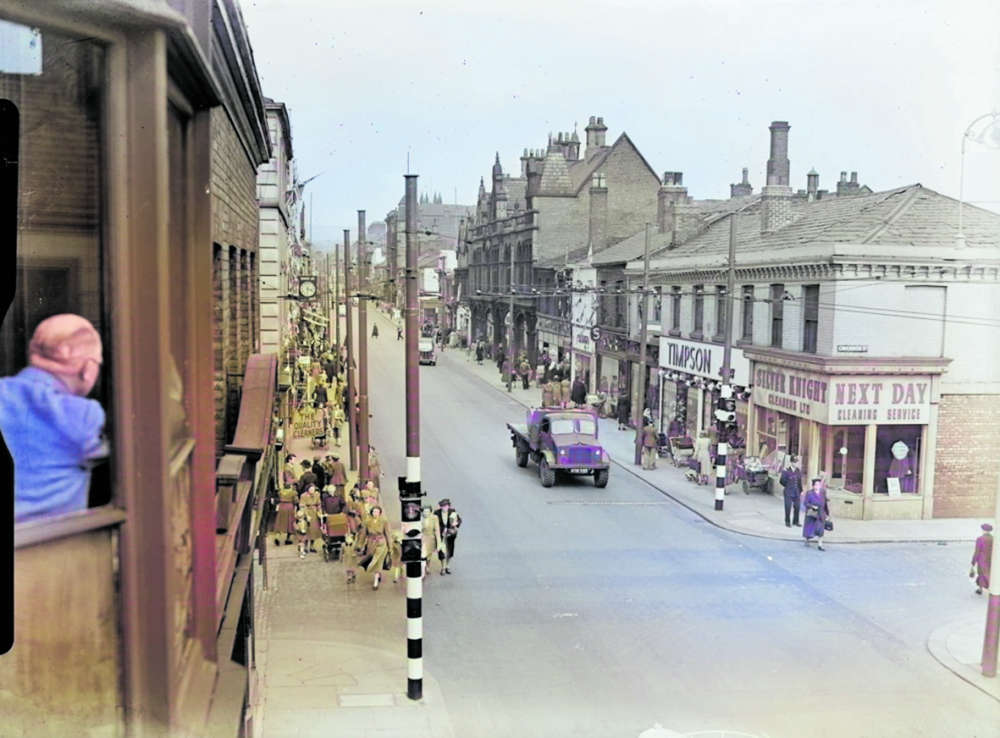 To the left, a ‘Chester’s’ sign indicates that this building was a pub affiliated to Chester’s brewery.

Underneath the sign, bunting is being erected using stepladders. The clock halfway up the building behind this advertises ‘Arcadia’ which was the Co-op department store. It was demolished and replaced by the Lidl store. Just above the clock is a large ring hanging outside Kenworthy’s Jewellers.

To the right hand side is the junction with Cavendish Street. Again to the right, bunting is decorating the fifth shop down. Probably the most well known shop and a chain still in existence is Timpson’s.

Most of the buildings down to the Mill Lane cross roads have been demolished to make way for traffic management projects, but the bank on the corner of Mill Lane and Stamford Street (now the HSBC) remains.

The next photo, shown below, was taken on Stamford Street at its junction with Delamere Street, looking towards St Peter’s Church and the old Ashton Baths which can both be clearly seen in the distance. 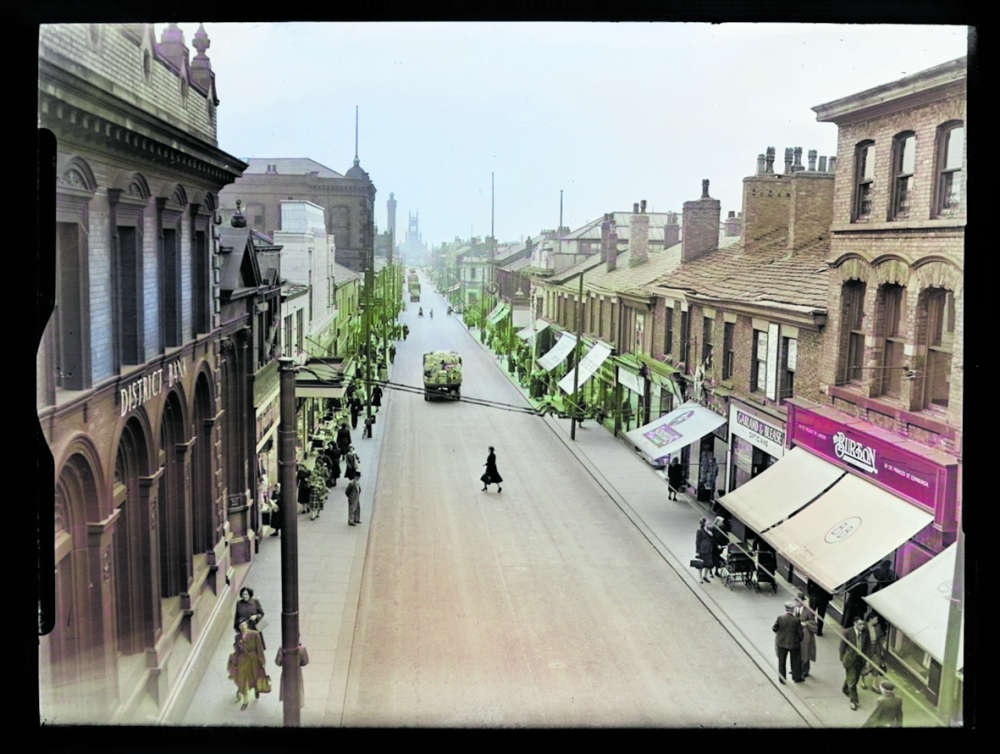 At this time, Stamford Street ran continuously down to St Peter’s Church. A trolley bus can be seen part way down the road.

To the left is the District Bank building which, although no longer a bank, has been recently restored and looks much the same as it does in the photo.

The tall building on the left with flag pole on the roof is the former Oddfellows Hall which has now been converted to housing and commercial offices, but the exterior is largely unchanged.

To the right, the Burton’s shop can be clearly seen. Two doors further down above the ‘Schofield’s’ awning, more bunting is visible. A good way down on the right hand side a large ring can be seen which use to hang above Kenworthy’s jewellers. Today, most of the buildings in view on the right remain largely unaltered from that time, apart from the shop frontages.

The following photo shows the Mayor, Mace Bearer and other officials outside Ashton Town Hall.

As can be clearly seen, the building has been decorated to celebrate the coronation with banners, flags and other regalia in abundance.

The final photo shows the Mayor and his entourage marching down a major road in Ashton which has been suitably decorated for the royal occasion. 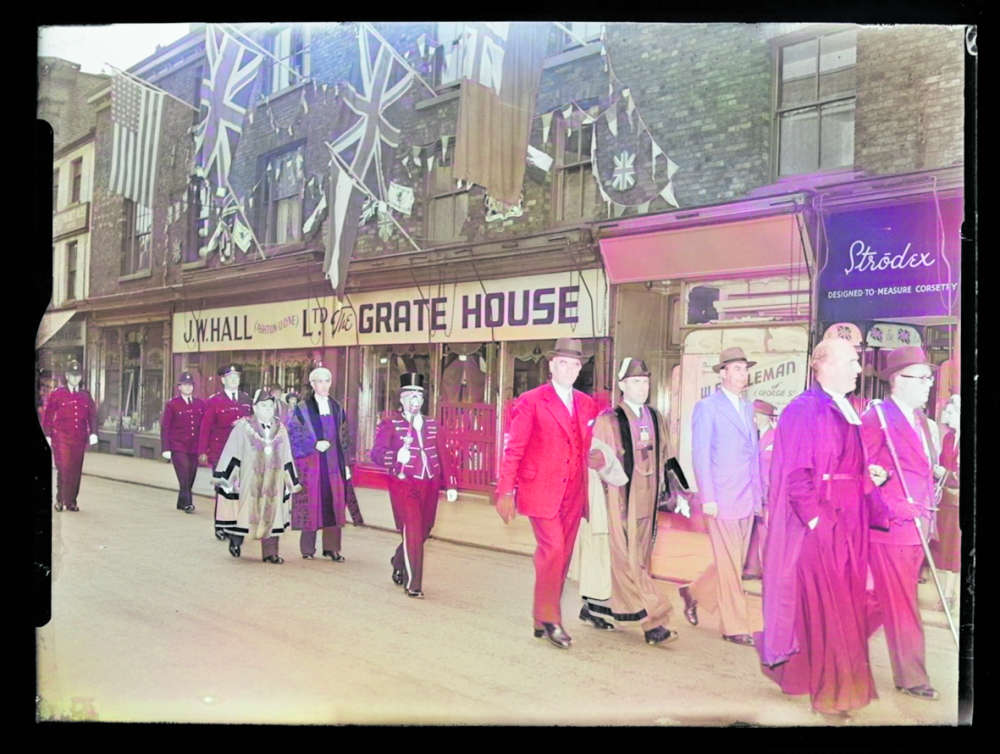