Homes will be built on the site of the former Prospect House in Mossley. Photo: Randle White Architects.

Detailed plans for dozens of houses on the site of a former Victorian house and care home in Mossley have been approved, despite objections from residents.

Tameside's planning committee has given the green light to plans to build 25 homes on land off Stockport Road.

It had previously housed Prospect House, a ‘substantial’ Victorian residence and former care home which sat among landscaped terraced gardens.

All the buildings have since been demolished, although the grounds have been left ‘undisturbed’.

Planning documents submitted on behalf of the applicant Prospect House Mossley Limited said that the land has become increasingly ‘overgrown and unkempt’.

Outline planning permission for the construction of 25 properties on the site was approved in March 2019.

The new homes would be split between 11 three-bedroom houses and 14 two-bed dwellings.

The majority of them would be terraced or semi-detached. 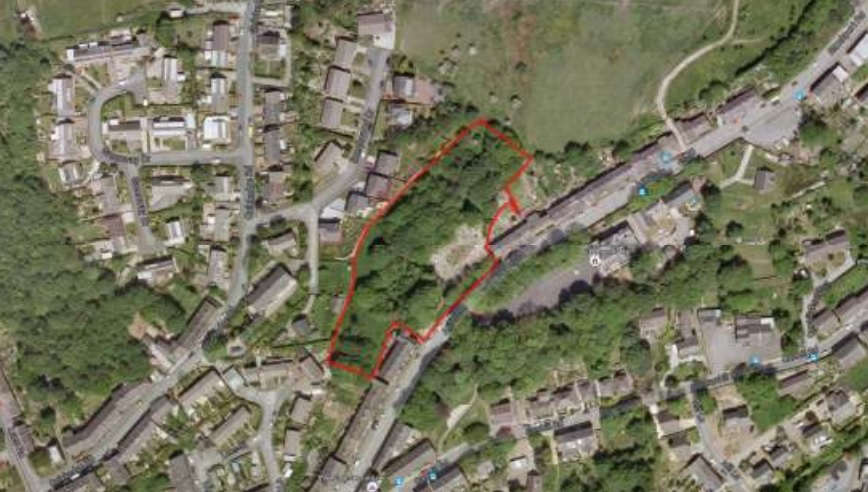 Homes will be built on the site of the former Prospect House in Mossley. Photo: Randle White Architects.

Detailed plans to allow building work to go ahead were approved despite 38 objections.

People had raised concerns about the effect of the new development on the privacy of neighbouring properties, parking issues and highways safety concerns, and infrastructure pressures.

Neighbours had also raised fears that the new build properties could cause a landslip.

However recommending approval, planning officers said that conditions were sufficient to ensure ground stability during the construction phase.

“The redevelopment of this previously developed land within an accessible location conforms to established planning principles and represents an efficient and sustainable use of land,” their report states.

“The layout has been informed by the challenging site levels with dwellings being set around a central winding access road.

“The revised scheme would provide active frontage to the public highway, where Stockport Road fronting terraces are of a scale, design, orientation and building line which responds to the character established by existing dwellings which also front the highway.

“The proposals represent a highly efficient re-use of a largely brownfield site that would meet sustainability requirements.”

It was approved by councillors following a meeting at Guardsman Tony Downes House in Droylsden.