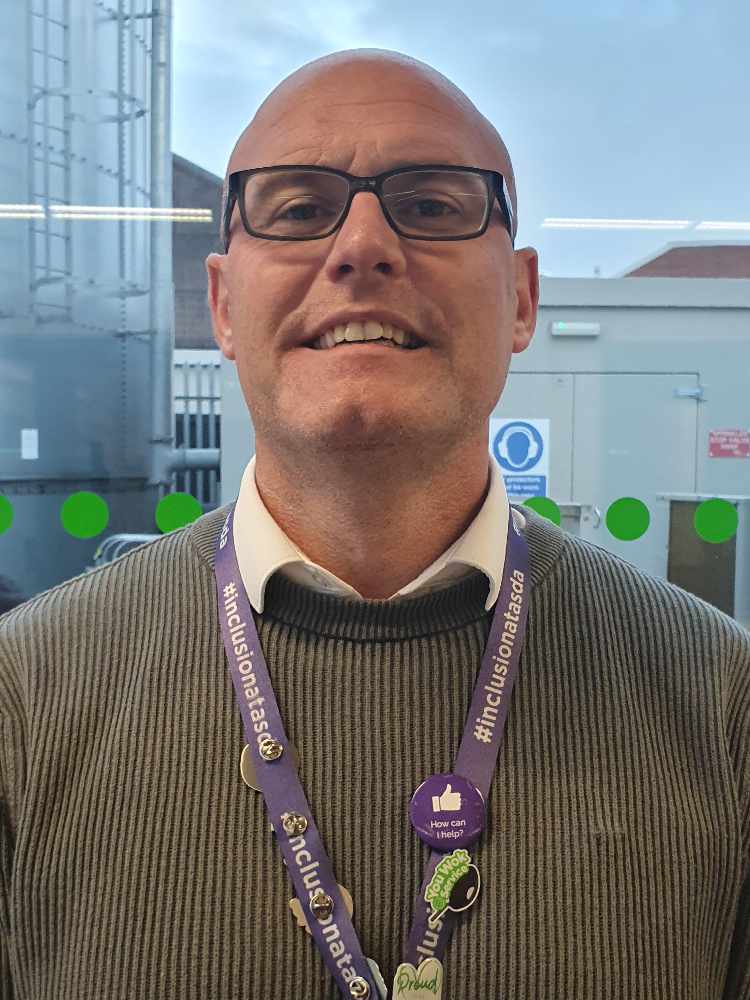 Asda store manager Simon Lea said he thought it was a wind-up when he was told he had been honoured with a British Empire Medal in the Queen's Birthday Honours List.

“I actually thought someone was winding me up when I received the call - it didn’t really sink in who was phoning me so I asked them to email me the details of the award which they did and then it started to sink in that I had been nominated,” he said.

The COVID-19 crisis has meant that all Asda’s stores teams have had to rise to the critical challenge of feeding the nation - and it was no different for Simon at the Marple store.

But his dedication while manager to supporting his community and customers over the past few months has been nothing short of amazing.

Leading by example, Simon, 43, who lives in Marple Bridge, worked extra days in store and gave up his holidays to support his team through the most challenging period any of them have ever experienced.

From panic buying in March, to supporting a massive increase in online orders, to implementing strict social distancing measures to keep colleagues and customers safe, this has been an unprecedented time.

In 2016 he pioneered the first quiet hour in Asda to support customers with autism, and through this crisis as well as going above and beyond in his day job, Simon has selflessly volunteered his free time outside of work to support vulnerable and elderly people in his local community.

He has personally gathered shopping lists and then picked and delivered groceries as well as care packages to the homes of customers who would otherwise struggle to get their shopping.

To help him with these deliveries, Simon got in touch with The National Lottery and even managed to source an electric bike.

Recognising that loneliness is currently a massive issue for many vulnerable and elderly customers, Simon also made sure to reach out while on his deliveries, making time for socially distanced chats so he could check-in on customers’ welfare.

Just one example of how thoughtful Simon is while he was on one of his deliveries, he learnt that it was coming up to customer Marjorie’s 98th birthday and as she was shielding she would be alone on her special day. Simon, along with his colleagues and the store’s customers, rallied around and safely delivered cards and gifts.

A modest Simon said he had to thank his whole team in Marple and the whole community - and even different stores - had all come together to help those most in need.

“There was a huge need when I was going out because people were lonely and needed to have a chat on the doorstep,” explained Simon, who was delivering 30 to 40 orders in his car.

“But it was a great team effort from the community, from all the retailers, from my colleagues,” he added.