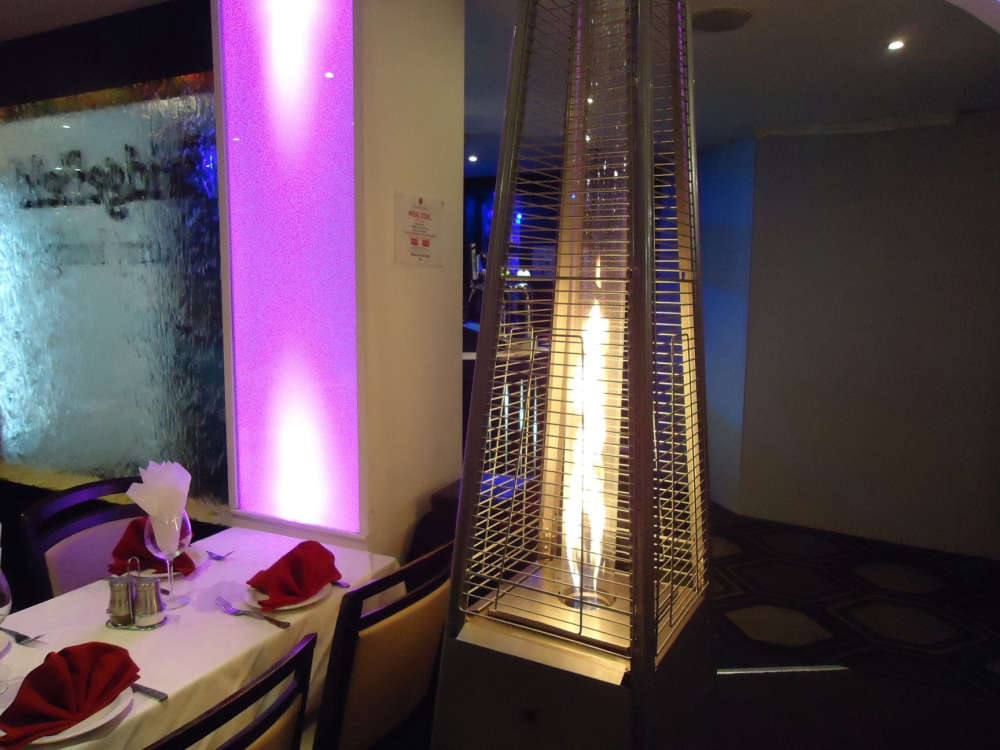 The outdoor heater being used inside the restaurant. Image: Tameside Council.

A Stalybridge restaurant has been fined thousands of pounds after putting the health and safety of diners and staff at risk by using outdoor patio heaters indoors.

The label on the heaters stated the devices were for outdoor use only and that use of the appliance within a closed space was prohibited.

Officers discussed the matter with restaurant director Malik Abdul during a visit in December 2014 and followed this up with a warning letter. A further visit on 19 March 2015 found the patio heaters were still being used indoors.

On 23 March 2015, an environmental health officer and the environmental services manager visited the premises and spoke to Mr Abdul about the use of the outdoor heaters inside the restaurant.

A legal notice was served the next day, prohibiting the use of the heaters inside the premises, which has an indefinite time scale.

Further visits were carried out in 2015 regarding other matters and no evidence that the heaters were in use were noted at those visits.

However, on 15 February 2019, a complaint was received from a member of the public who had visited the restaurant and sat next to the heater and said that as a result they felt unwell. A visit was made to the restaurant by two environmental health officers who found a patio heater was in use inside the premises.

Both the restaurant and Mr Abdul, as its director, were charged with breaching health and safety regulations with regards to customers and staff.

Councillor Allison Gwynne, Tameside Council's Executive Member responsible for environmental enforcement, said: “Most businesses are happy to work with our officers to ensure they comply with regulations to keep their staff and customers safe. However, when they fail to heed warnings and breach legal notices, we will take the necessary action to protect the public.

“In this case the restaurant was given repeated opportunities to comply to ensure the safety of its diners and employees but it continued the use of the outdoor heaters indoors, putting people at risk and unfortunately leading to a customer feeling unwell as a result of the breach. I’m pleased the court recognised the seriousness of the breach and imposed fines accordingly.”