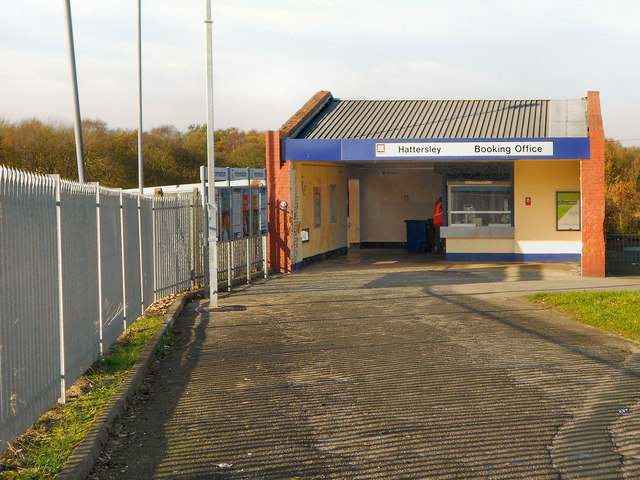 A Tameside train station is to get a £500k facelift with a refurbished ticket office.

The executive cabinet has agreed to spend £571k of combined authority funding for the second phase of the Hattersley station project.

The funding will be awarded to Northern Trains for the construction and commissioning of the redevelopment of the ticket office.

Originally the council had aimed to provide a brand new ticket office at the station but in order to keep costs within budget they have instead had to choose a ‘hybrid scheme’.

This will see the existing ticket office at the Hattersley Road West station refurbished and a new extension built.

Cabinet member for finance, Councillor Oliver Ryan told the meeting: “It’s really important that this is done now and the work kicks off on this.

“Councillors in Longdendale and in Hyde Godley have been supportive of this scheme and know the transport pressures in the area and this is us trying to bring a solution to part of that.

“As well as trying to future-proof this part of the world for future development and for accessibility to Manchester and further afield.

“It’s a good news story and I hope that people welcome it.”

The funding, which is part of a £750k grant from the Greater Manchester Combined Authority, has to be spent by March next year.

Separately council chiefs are also planning to provide a new bridge for pedestrians, cyclists and horse riders across the railway to provide access to the station.

Jayne Traverse, the council’s director of growth said: “This is another piece of the regeneration of Hattersley.

“The project will be closely monitored to ensure full draw-down of the funding through the combined authority.”

The first phase of improvements at the station which were completed in 2016 saw the realignment of Hattersley Road West passing immediately outside the station ticket office and new bus stops provided opposite the station.

A new car park with capacity for 42 spaces covered by enhanced CCTV was also created which has since seen the number of people parking at the station greatly increase.