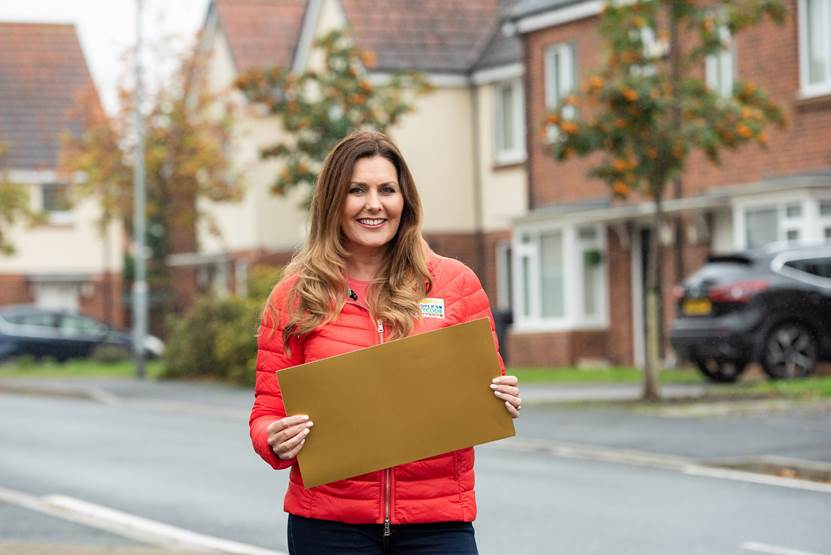 Five people in Hattersley have each scooped £1,000 today (Tuesday) after becoming Tameside's latest lucky winners on the People's Postcode Lottery.

The neighbours who live on Wardle Brook Walk netted the windfall when their postcode, SK14 3JG, was announced as a Daily Prize winner.

People’s Postcode Lottery ambassador Judie McCourt (pictured) sent her well-wishes to the winners. She said: "I’m thrilled for our winners, what a great surprise for them! I hope enjoy their winnings."

They are the latest in a long line of winners from throughout the borough, including most recently when five people who live on Norton Avenue in Denton each scooped a grand last week.

A minimum of 32 per cent of ticket sales goes directly to charities, and players of People's Postcode Lottery have raised over £500 million to date for thousands of good causes in Britain and beyond.

The draw was promoted by Oxfam, which has received over £9.6 million in funding from the players of People’s Postcode Lottery. Oxfam is a global movement of people working together to end the injustice of poverty - supporting disaster relief efforts, educational programmes, health initiatives and much more in over 90 countries worldwide.