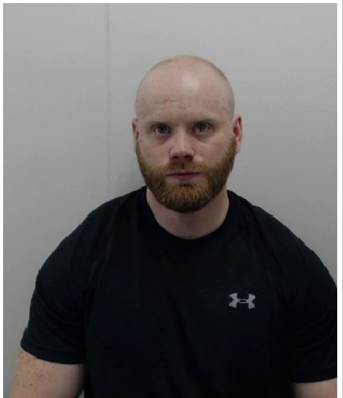 A 29-year-old man from Gorton, who held a taxi driver at knife point and robbed him of £100, has been jailed.

Philip Phythian, of Lowgill Walk, was sentenced to six years in prison after he pleaded guilty to robbery and possession of a bladed article today (Thursday) at Manchester Crown Court.

The court heard that on Saturday 4 April, at around 5.40am, Phythian requested a taxi from an address in Manchester to take him to Royal Bolton Hospital.

When the taxi arrived, Phythian got in and directed the driver to several different addresses in the local area. At each stop, he got out of the car and returned a few moments later.

Phythian asked the driver to make one more stop for him but, during the journey, Phythian looked panicked and told the man to stop the car. He then pulled out a black handled kitchen knife and pointed it at the victim's stomach.

The taxi driver handed Phythian the earnings he had made that night, which totalled around £100.

Phythian took the money and fled the scene.

The taxi driver then rang 999 to report the incident and gave a detailed description of Phythian to police.

After the attack, police conducted telephone enquiries which revealed that the mobile number used to ring the taxi firm which picked up Phythian was linked to another man who lived at an address in Manchester.

Officers attended the address in Manchester and forced entry when no one answered the door.

Police found Phythian in the bedroom and arrested him on suspicion of robbery.

During his police interview, Phythian admitted being in the taxi but denied committing the robbery. He specifically stated: "I don’t rob people with knives."

Phythian however changed his plea to guilty after the amount of evidence found against him.

Detective Constable Amy Robins, of GMP’s North Manchester Criminal Investigation Department, said: "I would like to thank the victim for his bravery when contacting police and describing Phythian after what would have been a horrifying ordeal for anyone to go through.

"Thanks to his description of events and our officers who detected the call which led to Phythian’s arrest a dangerous man is behind bars.

"Due to the hard work of our officers, Phythian’s conniving attempts to evade arrest failed and today he has been brought to justice."