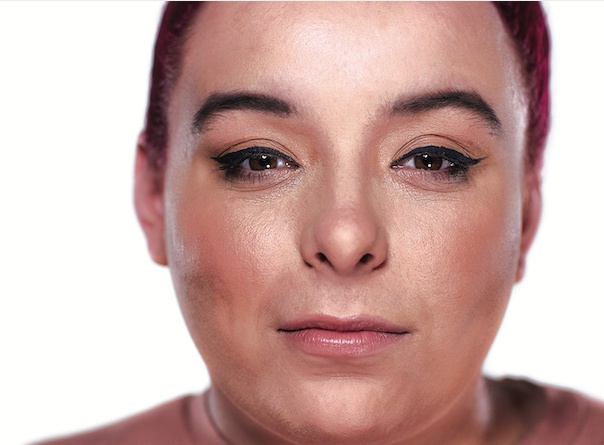 A woman from West Gorton is one of the stars of a major new advertising campaign from The Christie.

The campaign features the stories of people whose lives have been touched by the hospice. It aims to show how crucial fundraising for The Christie charity is and how many of the services provided by The Christie would not be possible without the support of charitable donations.

The campaign also shows the human side of care and treatment that The Christie provides throughout Greater Manchester and the North West.

A key feature is that no actors or models have been used. All the people involved are real people who have a direct connection to The Christie including three patients, a doctor and nurse, two fundraisers, a volunteer and the wife of a current patient at The Christie. The campaign will run on everything from giant tower blocks to billboards, large digital advertising screens, bus sides, radio adverts and social media from November 19th for three weeks.

One of the stars of the campaign is 21-year-old Christie patient Rebecca Cruice. Rebecca was 18 when she was diagnosed with Hodgkin’s lymphoma – a rare cancer of white blood cells. Rebecca, who lives in West Gorton and is currently a carer for her mum, asked to be treated at The Christie’s teenage and young adult unit (TYA), so she could benefit from the age-appropriate services including activities and counselling. The Christie’s TYA opened in 2014 and cost £12 million, £10 million of which was provided by The Christie charity. Many of the support services and extras specifically for young people continue to be funded by charitable donations.

Rebecca will feature on digital screens across Manchester city centre, as well as newspaper adverts and the sides of buses. She said: “I volunteered for the campaign because I want to do my bit to raise awareness. The medical treatment at The Christie is amazing and no doubt saved my life, but what made the biggest difference was the support network. I didn’t want to be labelled as the girl with cancer, and I met friends who were having the same experiences as me. Even now, I am cancer free but I still rely on the friendships I made. The Christie charity made that possible, so I’m so pleased I can help with this campaign by sharing my experiences.”

The Christie charity hopes that the new campaign will encourage donors and potential donors to think about the work The Christie does in the run up to Christmas. The Christie charity is fundraising for a range of exciting new projects throughout 2020 including building a new world class cancer research centre, funding a new 4D scanner, attracting world class doctors and researchers, carrying out proton beam therapy research and conducting research into childhood cancer.

Louise Hadley, Director of fundraising and corporate affairs at The Christie, said: “When we decided to do this advertising campaign, we wanted it to feel real and genuine, so it made sense to use the voices of all those who are touched by The Christie on a daily basis. We often hear that everyone in the North West knows someone touched by The Christie and we hope that sharing the stories of our patients and staff will show people just how integral our charity is to the work of the hospital. The Christie would not be the incredible place it is today without the support of our charity and fundraisers. It allows us to provide enhanced services over and above what the NHS funds which in turn ensures Christie patients receive world leading care and treatment and access to the very latest clinical trials.”

The Christie NHS Foundation Trust was the first specialist trust to be rated as ‘Outstanding’ twice (in 2016 and 2018) by the health regulator the Care Quality Commission (CQC). It referred to The Christie as ‘a leader in cancer care’ and ‘a pioneer in developing innovative solutions to cancer care.’ The CQC praised the Trust’s staff which it said ‘go the extra mile to meet the needs of patients and their families’ and that they were ‘exceptionally kind and caring.’ In 2017, the CQC rated The Christie as the best specialist trust in the country, and one of the top three trusts overall in England.